Ticketmaster Says It Will Now Offer Refunds for Postponed Events, But There May be a Catch 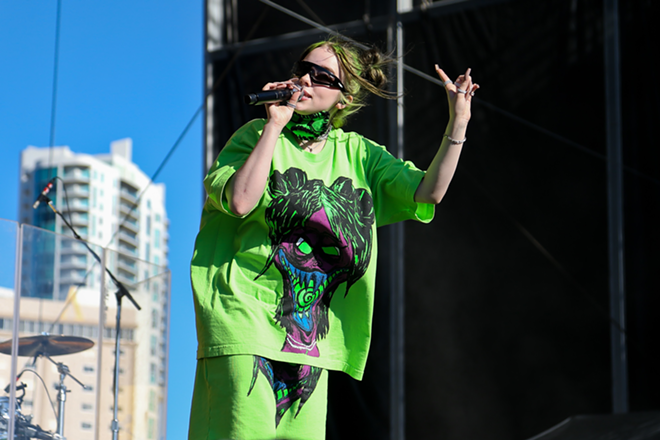 Photo: Debby Wong/Shutterstock
Billie Eilish's tour has been postponed because of coronavirus

The people have spoken — and Ticketmaster is making an effort to not be the bad guy by unveiling its plan to refund ticket-holders whose events have been postponed due to the coronavirus.

Last week, Ticketmaster found itself in hot water after the company quietly amended its refund policy to no longer offer full refunds for postponed or rescheduled events, only refunding those that had been formally canceled.

Ticketmaster's president Jared Smith addressed concerns over the weekend in a statement shared on Twitter.

“To be clear, Ticketmaster intends to refund as many tickets as possible in as timely a fashion as is feasible,” Smith wrote. “We are working every day towards that goal.”

The statement also says that Ticketmaster has 55,000 events in its system that were set to take place between March 1 and the end of 2020. Of those 55,000, 30,000 have been canceled or postponed, and 12,000 events are actively being refunded. Of the 14,000 remaining events, Ticketmaster is working with organizers on rescheduling options and says that Live Nation and AEG have begun refunding all events and will continue to do so on a “rolling basis.”


According to Billboard, Ticketmaster is currently finalizing the details of its plan to address those events impacted by the COVID-19 pandemic and the outraged ticket-holders concerned that their money is being held hostage. Their plan appears to have a catch.

Starting May 1, once a postponed event announces a new date, Ticketmaster ticket-holders will then be notified via email, at which point they can begin the refund process. Upon receiving the notification, ticket-holders will have just 30 days to request a refund — otherwise the ticket will be applied to the rescheduled date.

Additionally, the company will give ticket-holders another set of options: they can either receive a 150 percent credit for canceled or postponed shows to be used toward a future show at a Live Nation venue, donate their refund amount to a charity, or give their concert ticket to a health care worker. Live Nation says it will also match ticket donations.

This may come as good news for anyone seeking refunds for some concerts or festivals through July. But many events scheduled for August and beyond have yet to be canceled or rescheduled. Artists whose tours have been postponed, like Billie Eilish and Elton John, have not pulled the plug nor scheduled make-up dates — making those shows potentially ineligible for Ticketmaster's refund, according to the proposed refund policy.

However, some have predicted that large gatherings, including concerts, music festivals, and sporting events, may not return until 2021. The California Governor Gavin Newsom says concerts would likely only resume once a coronavirus vaccine was widely available, echoing the comments made by public health expert Zeke Emanuel, who predicted large gatherings would be “the last to return.”

According to promoter giants AEG and Live Nation, refunding money on an unprecedented and mass scale as they are currently facing requires intricate machinations, like assessing those artist's they've already paid and venue policies. In the case of sporting organizations, issuing refunds for those events is not up to Ticketmaster, either, but is decided by the individual teams and/or leagues.

“It just takes time to work through the math and work with the calendar. When you move a Friday show to a Monday night, you don't know what is going to happen with the fans,” a source at Live Nation shared with Billboard. “We had to move slow to get it right and we hoped by May we would have some clarity on dates and agreed terms.”