"This was a choice made out of an abundance of caution for our crew, venue staff and especially our fans," the band said. 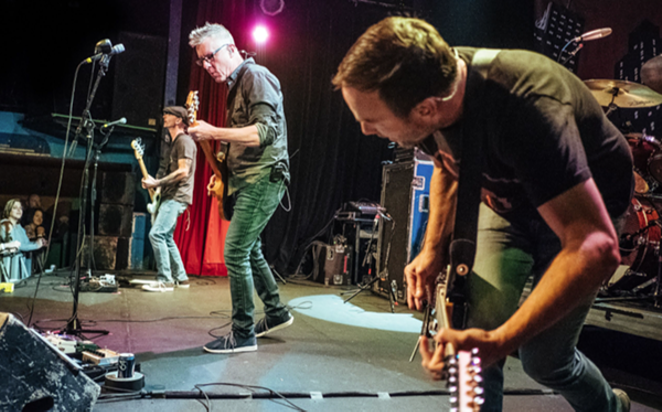 Sorry, Cincinnati, but you'll have to wait a bit longer to see the Toadies.

The Alt-Rock band from Texas recently announced that it's canceling nearly all of its concerts on its 25th-anniversary tour for Rubberneck, the 1994 album that spurred the band's popularity. The band was set to play Madison Theater in Covington on Oct. 13.

Like Garth Brooks and so many other performers these days, the Toadies cited the rise in COVID-19 cases around the country for the decision to halt the tour.

"It is with a heavy heart that we announce that we have made the difficult decision to postpone our upcoming Rubberneck tour due to health and safety concerns. Covid-19’s Delta variant, besides being highly contagious, has also overwhelmed hospitals in many areas, including our home state of Texas," the band posted to Facebook. "With so many unknowns, Covid’s surging numbers, and hospital shortages, we felt that the safest thing for us to do is postpone our tour. This was a choice made out of an abundance of caution for our crew, venue staff and especially our fans.

"We are appreciative that the live music industry is working hard to protect fans, workers and artists so that live music can once again thrive and we support those efforts," they continued. "We thank the fans, promoters, and particularly the bands and their crews that were set to travel with us for their understanding and patience and look forward to future shows when it is safe for everyone involved."

Only three November dates currently remain on the Toadies' schedule. The band says it will provide ticketholders with more information as dates are rescheduled or canceled.

Earlier this summer, the Toadies announced that it will tour to celebrate the 25th anniversary of its platinum-selling debut Rubberneck. If you're thinking that the math doesn't add up, you're right — Technically, 2021 would be the album's 27th anniversary, but the pandemic also canceled the band's previous tour dates, making and the Rubberneck 25th anniversary run the first Toadies shows since December 2019. So just go with it.

The Toadies would have played Rubberneck from start to finish and would have been joined on the tour by fellow Texans Reverend Horton Heat.