Tonefarmer Takes You Higher with ‘Helium 3’ 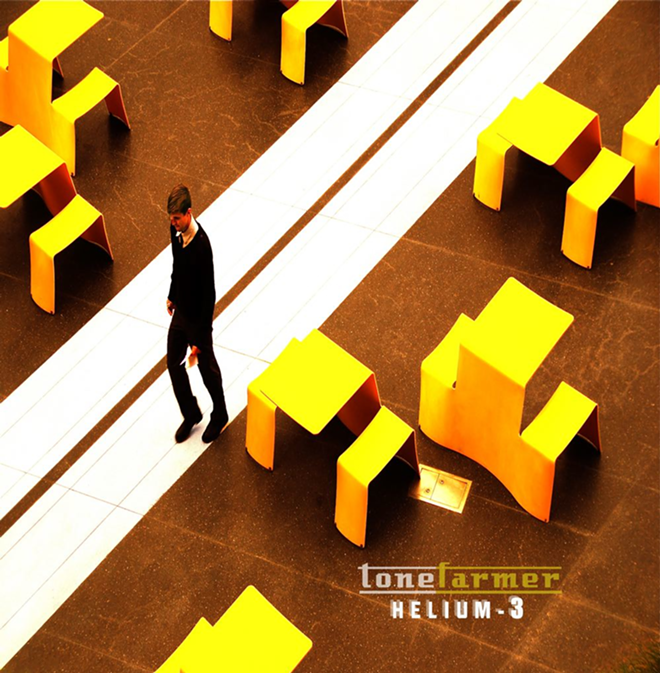 has returned with its first new recording in five years, Helium 3 , which gets the “album release party” treatment Friday night at the Northside Tavern. The band will be joined by Canoes and The Ready Stance for the free, 10 p.m. event.

Recorded with producer/bassist for The Afghan Whigs John Curley at his Ultrasuede Studios, Helium 3 is not only Tonefarmer’s first album since 2007’s Meanwhile, it’s also the first to showcase the band’s current steady lineup of Rob Hamrick (vocals/guitar, formerly of local pioneers Sleep Theatre), bassist Chris Mundy, guitarist Kevin Welch (The Underwoods) and drummer Todd Drake (Magnolia Mountain, Ruby Vileos). Given how impressive the band’s mature Dream Pop sounds on Helium 3, it’s a lineup they should probably stick with.

The album’s 10 tracks all hover in the same sonic realm — mid-tempo, emotive Pop/Rock songs buoyed by a swaying, hypnotic vibe and spacey atmospherics. But the lack of diversity from track to track is more than made up for in the strength of the songwriting and performances. Like the more grounded highlights of The Verve’s Urban Hymns album (think “Lucky Man” or “The Drugs Don’t Work”) or the softer, romantic moments of the Smashing Pumpkins, Hamrick and Co. have crafted a collection of compelling songs that stand as the best of their impressive discography.

Opening track “The Moon is Calling” sets the tone, beginning as an airy bed of string sounds and Hamrick’s distinct voice (like a smoother Frank Black) before building to Tonefarmer’s trademark style. The rhythm section’s rock-solid foundation allows the highly memorable and spine-tingling melodies and chiming, sparkling guitars to send the song into the stratosphere. Other highlights include the catchy “Weeds” (a single in waiting) and the lovely twilight-mellow and transcendent hopefulness of “Curious Longing,” the perfect closer. (tonefarmerband.com)

, that is (we’ve got a few weeks before we’ll know if our Redlegs are strong enough to make it into the Fall Classic). The fest is a series of showcases throughout the state of Ohio focused on original artists from several different genres and configurations (solo, duo, etc.). The first event in the Series is Friday at The 86 Club in Corryville (on Short Vine, where Top Cat’s used to be). Music kicks off at 8 p.m. for the all-ages show, which features two Cincy bands and two Columbus acts. Chosen from dozens of submissions were Faint Signal and Mama’s Porch (from Cincy) and Vice on Victory and Blues Hippy & the Soul Underground (from C-Bus). Admission is $8. Future World Series showcases are set up for this fall and winter, including World Series Music Fest Dayton on Nov. 17 and the World Series Metal Fest in Springfield on Oct. 20. For more on the showcases — and info on how you can submit your band — visit worldseriesmusicfest.com .

Earlier Friday, at the Sam Ash Music Store near Tri-County Mall, a free warm-up event kicks off at 4 p.m. and features brief performances to preview the inaugural WSMF event, as well as drawings for various prices from the store (the major sponsor of the events).

• The summer music series on Fountain Square is over, but that doesn’t mean there won’t be live music there until next June. This Saturday, “Live It Up Downtown

,” an event celebrating/selling the benefits of moving downtown (realtors and property managers will be there to talk up the perks), will include a diverse array of solid local music. The family-friendly event kicks off at 3 p.m. with puppet shows, drum circles and performances from the CCM Jazz Ensemble and the CSO String Quartet. At 7:30 p.m., dynamic local songstress/poet/MC Abiyah will perform a set with some friends. At 8 p.m., local drag queen Penny Tration gives her pitch for people to relocate to the city’s core, then rich local Indie Roots band The Hiders takes the stage. The night is capped off at 9:30 p.m. by Tonefarmer, who you just read about above. The fun goes until 11 p.m. and there’s no admission charge. Click here for a schedule of events and more details.


• Local favorites in the ’90s, the Pop/Rock band Something Groovy

starts its comeback this Saturday at Arlin’s Bar in Clifton, when the band hosts a release party for a new five-song preview EP of its forthcoming album (the band’s first since 1998’s Again With the Heat ). Showtime is 9 p.m. and it is a free event. ( somethinggroovyband.com ) CONTACT MIKE BREEN : [email protected] or @CityBeatMusic