Aug. 4 • Ballrooom at the Taft Theatre 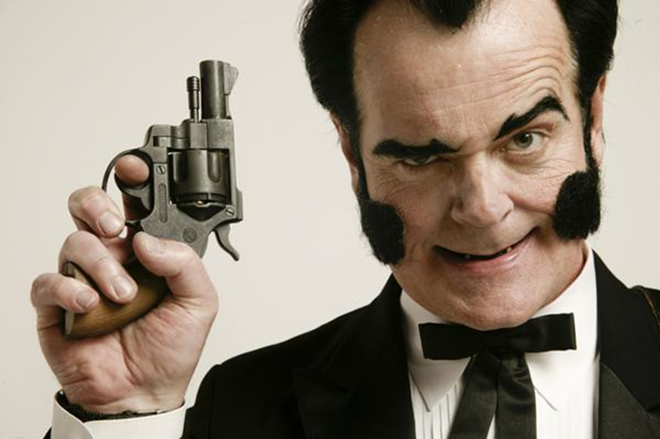 Perhaps it’s too prosaic to continue to believe that Stuart Baker created the backstory and persona of Unknown Hinson for a North Carolina public access show 20 years ago and thus began his Whackabilly onslaught of stages and studios. It may be conveniently comforting to imagine that Hinson blacks out his front teeth, glues on some cheesy sideburns, slicks back his hair into an exaggerated widow’s peak, grabs a wildly embroidered suit from his closet and assaults his audiences with a raucous musical hybrid of Country and Rock which he concocted to soundtrack his “fictitious” rap sheet and his hobbies, namely impregnating women, vampirism and what the Droogs might have called “a little of the old ultraviolence.”

Like Superman, Hinson flew here from a doomed planet and invented Stuart Baker as his secret identity, who could then in turn invent Unknown Hinson, whose musical powers are increased a thousandfold under our yellow sun.

The only difference? There is no kryptonite that can stop Unknown Hinson. He is invincibility with a guitar and a crazy rhythm, a superhero, supervillain and superstar all rolled into one amped-up, ramped-up package.

UNKNOWN HINSON performs Saturday, Aug. 4 at the Ballroom at the Taft Theatre. Buy tickets, check out performance times and get venue details here.