A synthetic opiate responsible for a skyrocketing number of overdoses used to be a secret additive to heroin and other drugs. Now some people addicted to opiates are requesting it specifically from dealers. 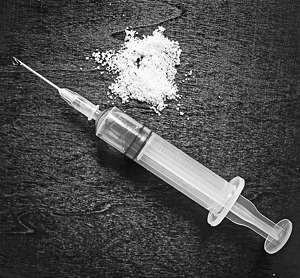 Hello all! Let’s talk about some news in Cincy, shall we?

First, it’s budget season. Are you hyped? (Cue Hip Hop party airhorn sound). Earlier this week we got acting City Manager Patrick Duhaney’s budget proposal, and yesterday Mayor John Cranley announced roughly $6.75 million in adjustments. Among Cranley’s changes: restoring cuts to human services suggested by Duhaney and zeroing out funding for the Center for Closing the Health Gap, which is run by one-time Cranley ally former Cincinnati mayor Dwight Tillery. Check out all of Cranley’s suggestions in our story here.

• The Cincinnati Bengals are opposed to the chosen site of a potential music venue at The Banks, Councilman David Mann said yesterday during Cincinnati City Council’s meeting. Mann says the team claims it has veto rights on the site. The team isn’t opposed to another location nearby, Bengals officials said in a statement, and is working with officials from the city, Hamilton County and others to come to an agreement. Fans use the specific lot in question for pre-game tailgating and other activities, according to Mann. Cincinnati City Council must decide soon on which of three potential developers will move forward with the project. The Joint Banks Steering Committee recommended the Cincinnati Symphony Orchestra, but Live Nation and Promowest are also in the mix with more outdoor-focused venues. Mann says the decision may not come soon, however, given the Bengal’s opposition to the chosen site.

“This is more complicated than we might have understood,” Mann said yesterday. “It’s becoming more and more clear to me that we’re not in a position Monday to take a position because there is so much uncertainty.”

• The Cincinnati Zoo announced today that it would pursue a $150 million capital campaign, kicked off by a record-setting $50 million donation from Harry and Linda Fath, to expand areas for elephants and other animals and to create new animal exhibits. The Faths own a number of rental properties throughout Cincinnati as well as a share of the Cincinnati Reds. The changes at the Zoo, to be achieved in part by replacing a surface lot with a parking garage, could draw up to 2 million additional visitors to the Zoo every year by 2025, director Thane Maynard says.

• Could one of uptown's most popular neighborhoods get a new name? Some on its community council want to explore the possibility. How many times have you heard someone refer to the area just south and/or west of the University of Cincinnati as "Clifton?" Well, as both Cliftonites and residents of Clifton Heights-University Heights-Fairview (phew) will tell you, that area isn't actually Clifton.(Clifton proper actually starts at Dixmyth Ave. next to Good Samaritan Hospital.) The latter neighborhood's name is a mouthful, a holdover from a time when it was three separate neighborhoods. The community often just goes by CUF since it created a joint neighborhood association in the 1970s. Now, a number of new members of the neighborhood council's board are asking their neighbors to think about changing the name to something more distinctive to make it easier for people to remember that it isn't Clifton. Residents there will get a chance to voice their opinions at two upcoming meetings about the potential change.

• People addicted to opiates are increasingly seeking out a deadly additive that is driving overdoses in Greater Cincinnati. Overdose deaths in Hamilton County related to fentanyl have jumped from a tiny amount in 2013 to an astonishing 324 in 2017, officials with the Hamilton County Crime Lab say, seriously exacerbating the region’s opiate crisis. Dealers often use the powerful synthetic opiate to increase the potency of heroin and other drugs. But users who may or may not know their fix contains the additive can overdose due to the extra potency. We wrote about the roots of fentanyl and other additives and their role in the opiate crisis in this 2016 story.

• After weeks of gear-grinding that brought legislation to a dead stop, and after 11 rounds of voting yesterday, Republicans in the Ohio House of Representatives finally picked an interim house speaker.  State Rep. Ryan Smith will take the role vacated by former speaker Cliff Rosenberger, who resigned abruptly due to an FBI investigation into his controversial, some say too-cozy, relationship with lobbyists for the payday loan industry and other interests. Smith is Rosenberger’s chosen successor, which raised concerns among some state lawmakers. Only 44 of the 91 lawmakers present voted for Smith —that’s less than the majority House rules call for. The rule had to be changed so that the House’s top vote-getter took the speakership. Smith was competing with three other lawmakers for the top spot.

• Federal officers carried out one of the largest immigration raids in years yesterday in Ohio, arresting 114 workers suspected of being in the U.S. without documentation. Federal agents swooped down on Corso’s Flower and Garden Center locations in Sandusky and nearby Castalia, both near Lake Erie in northern Ohio. The arrests involved aircraft and more than 200 officers, a show of force that has caused controversy from critics of the Trump administration’s immigration enforcement actions.