Photo: Via Griffin Ritze
Supporters of the Amazon Air Hub union effort are collecting signatures from the public in support of their demand for higher wages.

At Findlay Market on Dec. 17, the last of the market’s Christmas trees were being picked out by toddy-sipping market-goers. Against the sounds of a children's holiday choir, bundled canvassers with clipboards were asking shoppers to stop and support the workers who help make holiday gifts happen.

No, not elves: the Amazon Air Hub workers in Hebron, Kentucky.

“These people are the backbone of this infrastructure, and they can, in some cases, barely afford to get their own kids presents,” Griffin Ritze, an Air Hub employee, told CityBeat.

Ritze drives a cargo tractor at the massive $1.5 billion Air Hub located just outside of Cincinnati/Northern Kentucky International Airport (the Air Hub is often referred to as "KCVG"), hauling air freight between planes and the package facility. He’s one of more than 4,000 employees responsible for moving millions of packages each week through Amazon’s largest U.S. Air Hub facility that first opened in August 2021. Ritze is part of a movement of workers  at the Air Hub working to unionize for wages of $30 per hour, more paid time off and holiday “peak pay.”


Air Hub employees started union efforts in November after upper management announced there would be no peak pay for the 2022 holiday rush. Last year’s peak pay incentive was an extra $2 per hour.


Canvassing for support of the Air Hub union

During weekends in December, Ritze and other supporters of Air Hub unionization have been passing out flyers at Findlay Market and outside Paycor Stadium during Cincinnati Bengals games. Flyers list the burgeoning union's demands and give information on how to donate money to the cause, which pays for more flyers and savings for an office space.

Canvassers are collecting signatures to show Amazon how much the public supports their demands, Ritze said.

“We’re building support in the community,” Ritze said. “Everybody knows somebody who works at Amazon."

Genevive Morse doesn’t work at the Air Hub, but she was at Findlay Market gathering signatures anyway.

CityBeat asked Amazon to comment on the public canvassing efforts. Mary Kate Paradis, a public relations manager for Amazon, responded with the same statement previously provided to CityBeat at the start of the union effort in November.

“Our employees have the choice of whether or not to join a union. They always have. As a company, we don’t think unions are the best answer for our employees. Our focus remains on working directly with our team to continue making Amazon a great place to work,” Paradis said. 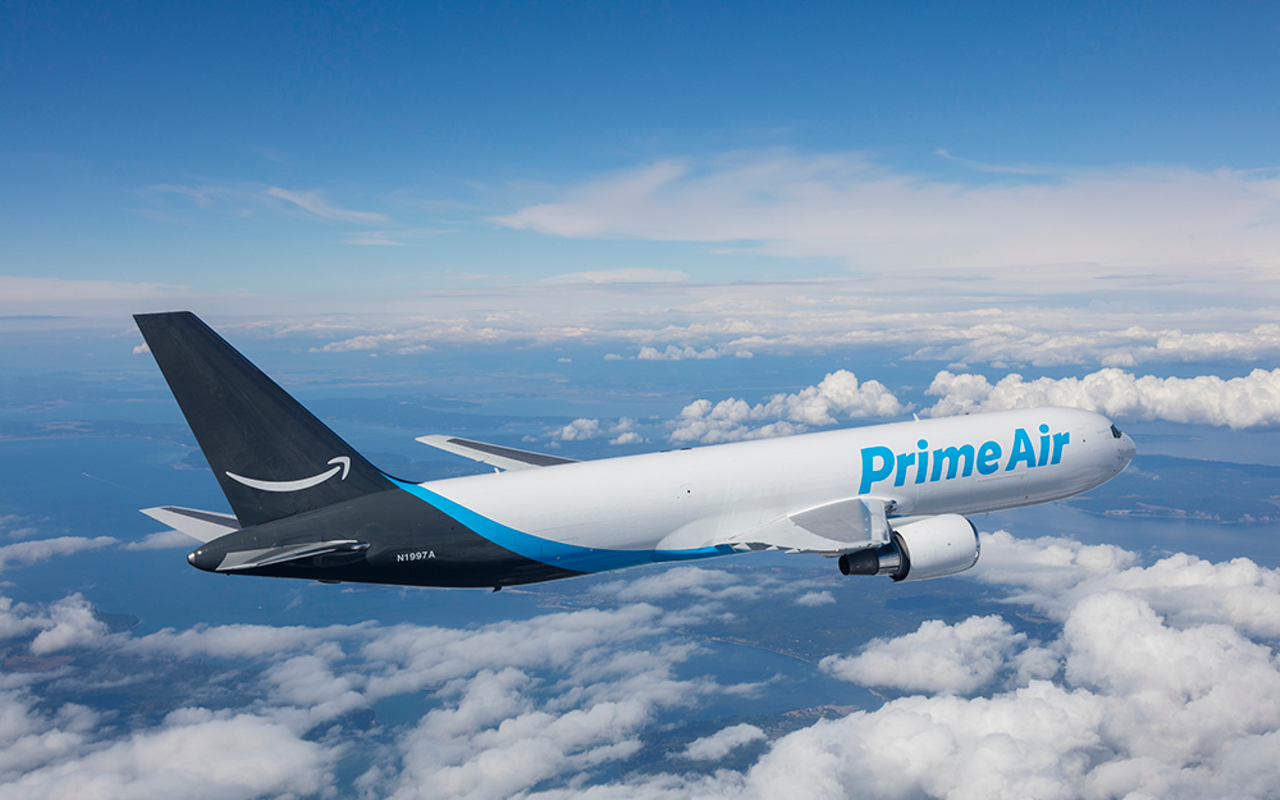 Amazon's CVG Air Hub in Kentucky is Unionizing, Amazon Starts 'Union-Busting' Efforts: Only one Amazon warehouse in the country is fully unionized. KCVG could become the first Air Hub to achieve the same.

Forced overtime during the holiday season

Ritze told CityBeat that shifts at the Air Hub are much more strenuous this time of year, fulfilling a significantly higher volume of packages to meet the holiday gift-giving demand.

“We’re in the middle of peak season/ We’ve got another week of mandatory, forced overtime, in many cases for no extra pay,” he said. “For the people who work under 40 hours per-week normally, they’re being forced to work an extra day of overtime with no seasonal pay and no overtime rates.”

Many full-time employees at the AirHub are working six days a week right now, according to Ritze. He said the mandatory extra work time burdens employees in more ways than one.

“The forced overtime is an issue especially,” he said. “I’ve met a couple different workers who have to choose between this job and their second job because they didn’t have the paid time off at their other job to cover this forced overtime. Or people will have to scramble because Grandma can’t watch the kids that day. People are struggling.”

Ray Burkhardsmeier is one of those struggling parents working at the Air Hub. She verifies weights of parcel loads going on and off the planes – a job she said is critically important to the safety of the pilots.

“We’re on our fourth or fifth week of peak right now and I’m completely burnt out,” Burkhardsmeier told CityBeat.

She said management at the Air Hub added an extra day of mandatory extra work to her schedule and then another one at the last minute. The change brings her schedule to five 10-hour shifts per week with a thirty-minute unpaid break, amounting to more than 50 hours per week on site when she normally only works about 30 hours.

Making childcare arrangements has been a struggle for Burkhardsmeier and her partner, who also works.

“I had one overtime day of Wednesday, and that worked out fine, but then a couple days into peak they added Friday in addition to it, so I had to scramble,” Burkhardsmeier said. “They didn’t announce to us that they were going to add [mandatory extra time] days to anyone. They just added it.”

Amazon told CityBeat that employees are sometimes asked to work overtime during seasons of high demand, but that they’re never asked to work more than 60 hours per week and no more than 12 hours per day. Paradis said the company’s goal is to provide “several days’” notice when overtime is necessary.


More work with no peak pay

Burkhardsmeier said Amazon used the peak pay incentive as a selling point to job applicants when she was hired last year. Looking ahead, she isn’t sure she will be working at the Air Hub if there's no peak pay in 2023

“We’re only going to get more planes, and already from when I first started working until now I’ve seen an increase in how much work I have to do through the day. If they keep doing this – the forced overtime with no peak pay – I don’t know if I can do it.” she said.

CityBeat asked Amazon why employees at the Air Hub were not given peak pay for the 2022 holiday season. Amazon responded by telling CityBeat the average starting wages for workers in transportation and customer fulfillment, but it’s unclear if the Air Hub falls into either of those categories.

“Earlier this fall, we invested $1 billion to increase hourly pay in the United States for roles in customer fulfillment and transportation, which represent the majority of hourly roles at Amazon,” Paradis said. “Average hourly pay is now more than $19 per hour and all full-time employees working in customer fulfillment and transportation earn at least $16 per hour to start.”

Burkhardsmeier is offended by Amazon’s decision not to give its employees the peak pay she said was once promised, especially when she said managers use record-breaking sales as a means of motivating employees.

“They keep telling us, ‘You’re processing at record amounts, you’re sending record amounts of boxes, you’re breaking Amazon records!’ And then it’s like, that’s offensive to me, because we’re not receiving the peak pay,” Burkhardsmeier said.