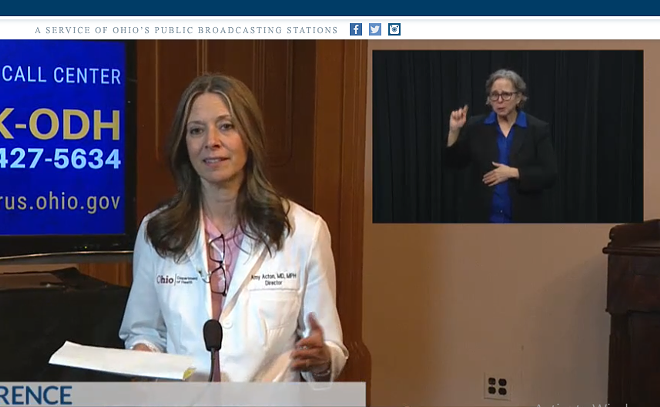 Two months ago, Acton resigned as Health Director, stepping into a less visible advisory role as DeWine prepared to re-open the economy and undo much of the curve-flattening Acton had inspired statewide. Near the end of her tenure, Acton endured anti-Semitic abuse and protests outside her Columbus-area home from those who regarded her health orders as Draconian and unconstitutional.

Today, she severs all ties with DeWine's administration and will return to the Columbus Foundation, where she worked before being appointed to DeWine's cabinet.

Shortly after DeWine made the announcement during his press conference Tuesday afternoon, the Columbus Foundation announced that Acton would be joining their ranks Sept. 1, leading a new initiative "dedicated to spreading the words and actions of kindness as a defining value for our region."

“I am so fortunate to have been given the opportunity to serve the Governor and the people of Ohio,” Dr. Acton said, in the Columbus Foundation statement. “For me, it was a privilege to try to be of help to the awesome team in the Department of Public Health and our extraordinary Governor and Lt. Governor, and to help give people a connection to each other, as we did all we could muster to save their lives and the lives of others.”