The June 22 storms hit fast and hard in Cincinnati. 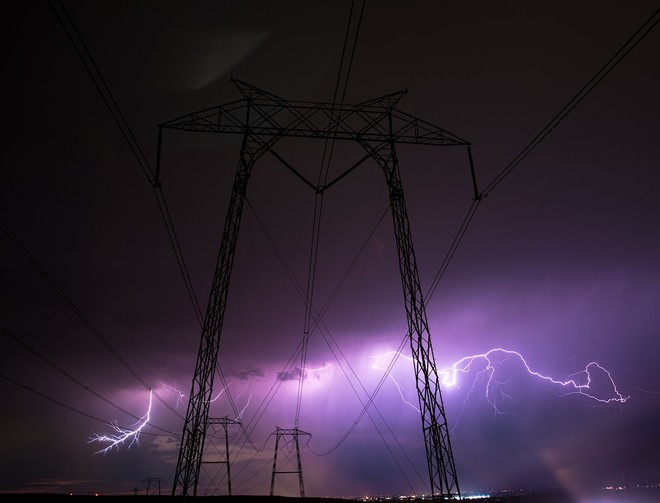 Several hundred Duke Energy customers woke up to no electricity after another series of summer storms swept through Greater Cincinnati on Wednesday.

The June 22 storms hit fast and hard in Cincinnati, where strong winds started swirling around 4 p.m. with a hard, plump rain developing shortly after. In downtown, the initial thunderstorm raged for about 20 minutes, with other scattered storms developing throughout early evening after that.

At one point Wednesday, more than 20,000 Duke Energy customers were without power, particularly in Hamilton and Butler counties in Ohio and Kenton County in Kentucky. As of 9 a.m. June 23, about 600 customers still are without electricity.

The National Weather Service in Wilmington had issued severe thunderstorm warnings to the region Wednesday afternoon.

Scattered thunderstorms are forecast to develop through mid afternoon. A few strong to severe storms will be possible later this afternoon into early evening with damaging wind the main threat. pic.twitter.com/yal2rVPkKD

Wednesday's storms occurred a little more than a week after a series of severe storms that knocked out power for more than 200,000 Duke customers in the area. During the June 13 storm, winds reached 70 MPH, toppling trees, destroying playground equipment, blowing patio furniture away and taking down power lines and poles.

That storm caused "the most significant power outage impacts to the company’s Ohio and Kentucky service areas in more than a decade," a June 15 release from Duke said. Crew members from nearby states assisted with restoring Greater Cincinnati's electricity, the company added.


The National Weather Service says that Cincinnati will get a respite from the storms, but don't get too comfortable.

"Quiet and warm weather to wrap up the week. Next chance for thunderstorms arrives on Sunday!" the NWS tweeted June 23.