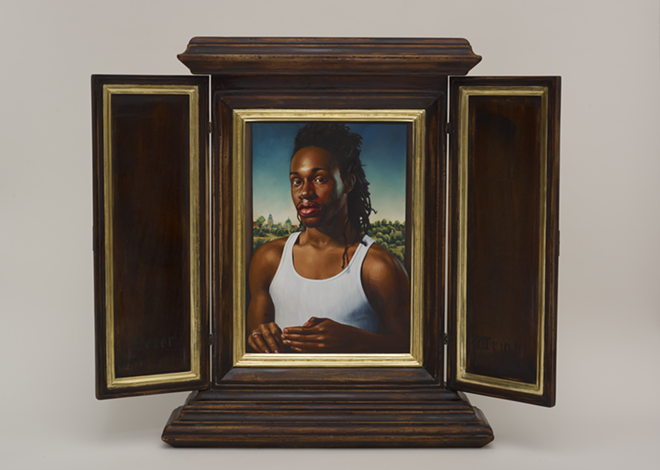 “Sexy” and “hot” aren’t adjectives that spring to mind when thinking about the stately museum and its collection. But those words do describe the international star power of New York-based artist Kehinde Wiley. And it’s tough to imagine a place better suited for his small-yet-bold Memling series than the Taft.


Wiley’s signature is to rethink the Old Masters with a modern eye.

Born in 1977 in South Central Los Angeles and educated at Yale, Wiley is famous for grand-scale, hyper-realistic paintings featuring black men in Hip Hop clothes against bright and elaborate floral backgrounds. Though from the streets, the sitters adopt the sophisticated poses of the privileged white men depicted in Renaissance works.