The bill would ban all abortions in Ohio, except those necessary to save the mother's life, should Roe v. Wade be overturned 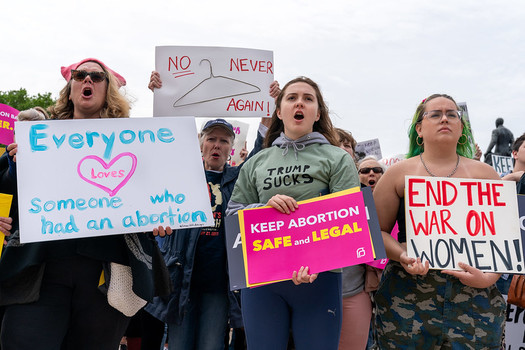 A consequential debate over the future of reproductive rights could soon be coming to the Ohio Statehouse.

Senate Bill 123 is the latest so-called "trigger ban" to be introduced in Ohio.

Should the current majority of the U.S. Supreme Court overturn Roe v. Wade, the bill would ban all abortions in Ohio, except those necessary to save the mother's life.

Allie Frazier, director of communications for Ohio Right to Life, argued the landmark case was wrongly decided and is outdated.

"We know a lot more about life than we did back in the 1970s, with the advent of ultrasounds and our understanding of what when human life begins, and what women's empowerment means," Frazier contended.

"Instead of increasing access to healthcare and passing bills that would address important things like the crisis around maternal and infant mortality, Republican legislators continue to try to strip Ohioans of their reproductive health, even during a pandemic," Blauvelt-Copelin countered. "We deserve better."

The bill offers no exceptions in cases of pregnancy that is the result of rape or incest, and allows felony charges for medical professionals who terminate a pregnancy.

Polling consistently shows more than half of Americans believe Roe v. Wade should be upheld.

"In the Ohio Statehouse, we have pro-life majorities in both chambers, and that has been a consistent feature of Ohio's political landscape for years now," Frazier pointed out. "It really goes to show that Ohioans prioritize life."

Abortion is legal in Ohio up to 20 weeks of gestation, but one in 10 Ohio women in the most recent survey said they think abortion is illegal in the state.

"Senate Bill 123 increases anxiety and misinformation for Ohioans," remarked. "That's why it's so important to state that abortion is still legal in Ohio, and we have to do more to increase access to reproductive healthcare."