Since 2017, more than 30 unemployment offices across the Commonwealth have shut their doors. Now, State Rep. Terri Branham Clark wants to bring them back. 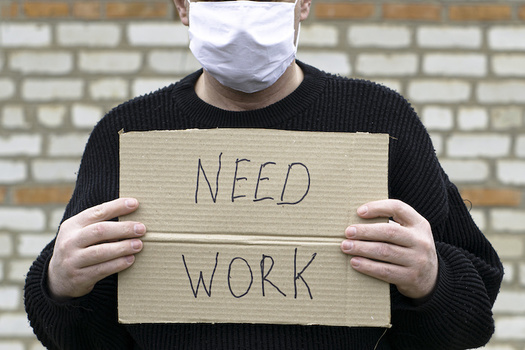 Since 2017, more than 30 unemployment offices across the Commonwealth have shut their doors. Now, State Rep. Terri Branham Clark wants to bring them back.

The Ashland Democrat has pre-filed legislation that, if enacted, would reopen dozens of unemployment offices across the state, many of which provided job training and in-person assistance to help resolve unemployment insurance claims.

Clark says the move — which would increase the number of offices to 54 statewide — will cut down on long driving distances for folks who need to resolve claims in person.

"As a representative from an eastern Kentucky county, a lot of my residents don't have internet and computers and reliable cell service," says Clark. "So when we start to move to a technology-only system, then that automatically leaves a lot of my constituents out right at the gate. That would be another reason that I'm fighting for a satellite office in Ashland."

The legislation also would provide funds to upgrade the state's 1970s-era unemployment software. Bill Request 152 will be considered when state lawmakers convene during the 2021 regular session early next year.

Clark adds that the COVID-19 crisis has underscored the importance of in-person unemployment insurance assistance in every community.

"In the last few weeks with the opening of the Frankfort in-person office," says Clark, "and with the pop-up offices that are going throughout the state, we have been able to start effectively resolving some of the issues that have been backed up in the pipeline."

Since March, more than one million Kentuckians have applied for unemployment insurance. Gov. Andy Beshear's office says that around 90% of those claims have been processed.