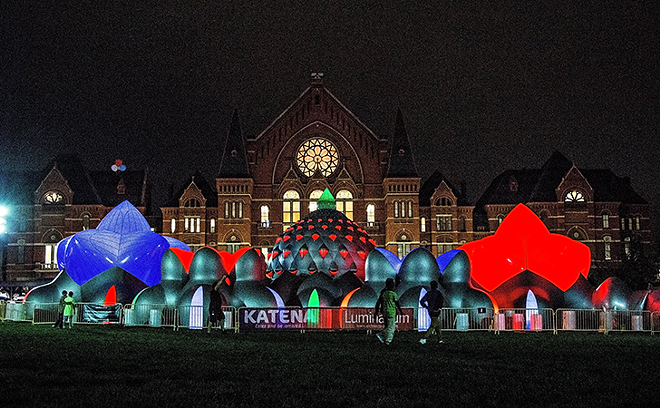 BLINK Cincinnati organizers have announced the first round of international and local artists participating in the immersive art exhibit.

This October, the city will be lit up with light-focused art displays for the first time since 2019. The festival, which began in 2017, has seen a lot of changes in recent months. 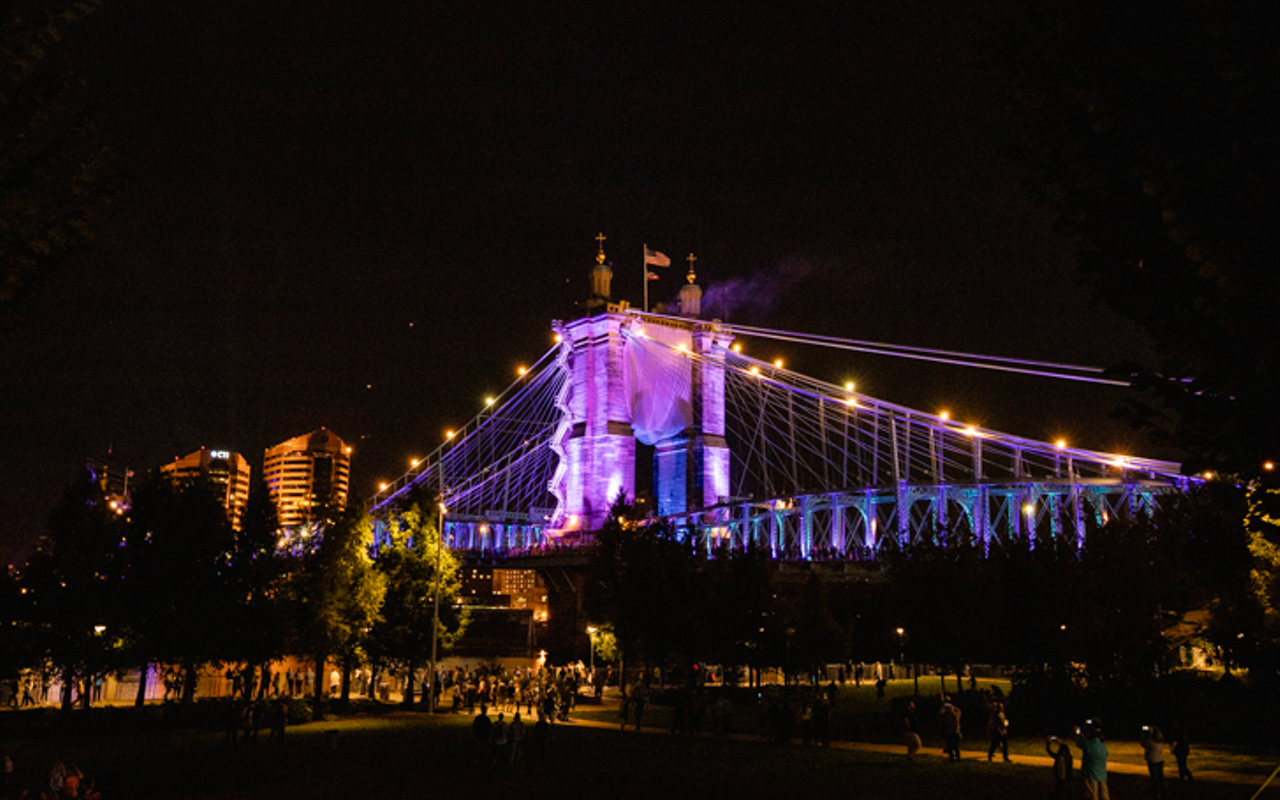 BLINK Festival Expands, Bringing Glowing Installations to Northern Kentucky: The BLINK art and light festival is back this fall, and it keeps getting bigger.

On July 12, BLINK announced that it would be expanding across the river into Northern Kentucky.

​​“In 2019, the extension into Northern Kentucky was a grand experiment to make BLINK a regional event,” said Brendon Cull, president of the Cincinnati USA Regional Chamber. “We are excited to build upon that connection through the support of MeetNKY, cities of Covington and Independence, and the region as a whole.”

An illuminated installation on Covington's riverfront will join other light exhibits that extend from Roebling Point through downtown Covington. 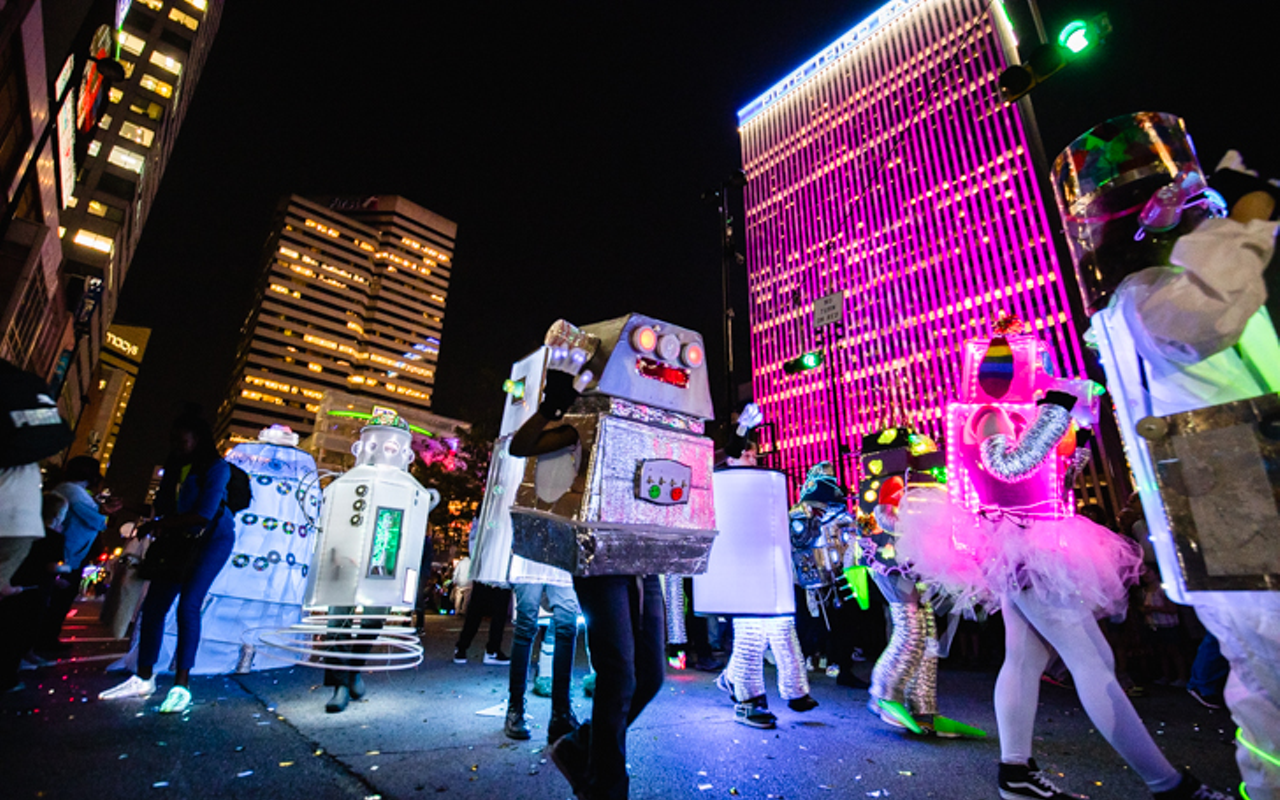 BLINK Cincinnati Founding Partner Brave Berlin Will No Longer Be Involved in Festival: “​​As we began working on Blink 2022, it became clear to us that our ideas, influence and the creative direction we had to offer was falling on deaf ears or, in some cases, met with open hostility.”

Just two days after the Northern Kentucky announcement, BLINK founding partner Brave Berlin announced it would no longer be involved with the festival.

The creative consulting agency announced on Facebook that they would be ending their relationship with other executive partners the Cincinnati USA Regional Chamber.

“​​As we began working on Blink 2022, it became clear to us that our ideas, influence and the creative direction we had to offer was falling on deaf ears or, in some cases, met with open hostility,” read the post.

However, the show must go on, and in a July 25 press conference BLINK announced its first wave of participants.

“Curatorially, this year is going to feel different than years past. Development of BLINK means creating a lasting impact beyond the 4-day biennial experience that the event is known for, creating a spectacle unlike any previous year's event, and engaging with our community to make sure we’re honoring it and enriching it,” said BLINK executive director Justin Brookhart in a release.

The participants, who will create “large scale projection mapping, murals and interactive light sculptures,” consist of 14 international artists and 18 local artists and installations.

Installations will include the return of some favorites like the Architects of Air massive walkthrough blowup exhibit that has been set up in Washington Park for the previous iterations of BLINK.

Cincinnati’s history will also be honored at this year's BLINK festival. Portuguese visual artist and illustrator AddFuel is utilizing design from Rookwood Pottery, “ensuring the past is well represented deftly toeing the line between representing his own heritage and representing the rich history of the city itself,” per a release from BLINK.

The history of Little Africa will be brought to life in a large projection installation by Afro-surrealist visual artist Vince Fraser in collaboration with Underworld Black Arts Festival and Napoleon Maddox.

Other BLINK participating artists include:

BLINK will take place across 30 blocks in downtown Cincinnati and Covington. Festivities kick off on Oct. 13 with a glowing parade themed after “Together: a constellation of shared cultures and unique identities; we illuminate joy through creative expression.” 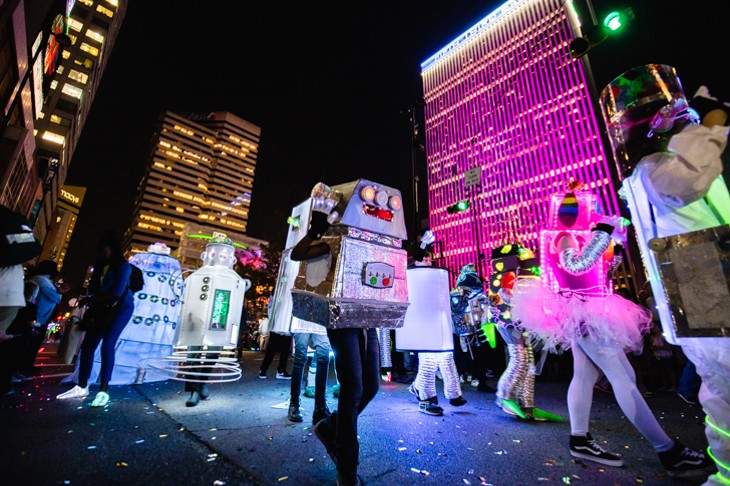 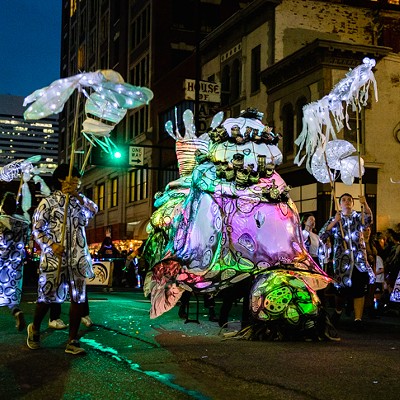 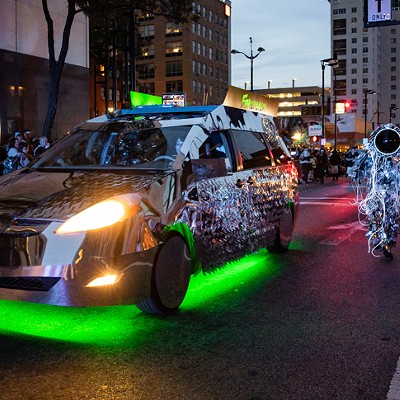 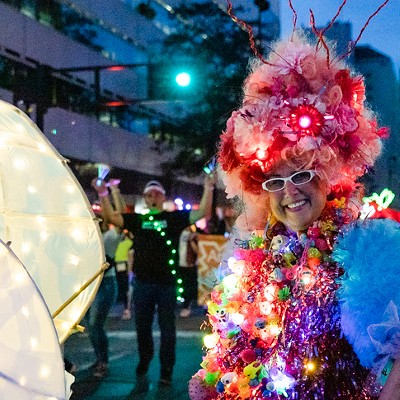 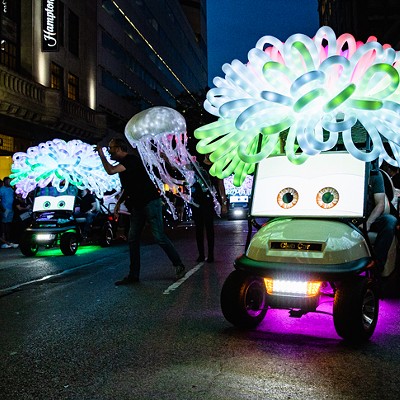 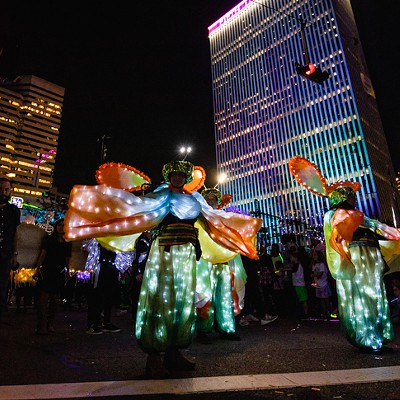 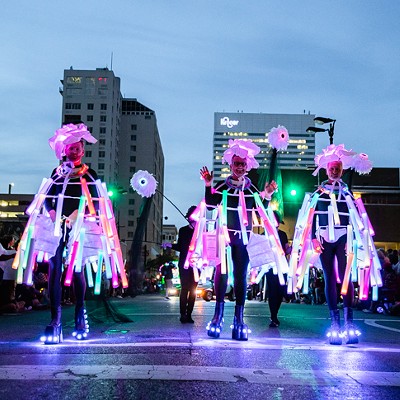