Both men could face more than 80 years in prison. 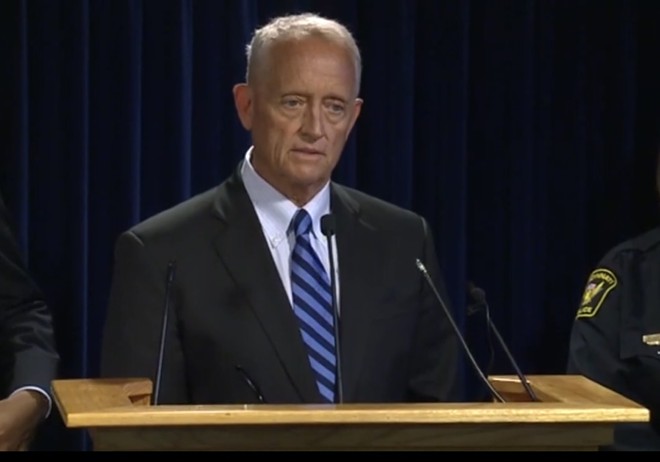 Diablo McCoats, 29, and Jarvis Barnes, 34, were arrested this week. It is unclear if investigators were tipped off about their identities after offering a $5,000 reward to the public. Both men are being held in the Hamilton County Justice Center.

McCoats and Barnes are scheduled to be arraigned on Aug. 18 at 9 a.m.

“If you want to carry a gun and commit crimes in Cincinnati, be prepared to go to jail for the rest of your life,” Deters said during an Aug. 11 press conference. "If you think you can do this in Cincinnati and get away with it, you have the wrong city."


The shooting in OTR on Aug. 7

Deters provided surveillance video that appeared to show McCoats as the first shooter in Over-the-Rhine on Aug. 7. In the footage, McCoats, who had a tactical flashlight on his gun, appeared to fire after a physical altercation. A Cincinnati Police officer then fired and struck McCoats before he fled the area, Deters said. After that, Barnes fired in the direction of the gunfire from the other side of the street.

“Quite frankly I am shocked no one was killed in this,” Deters said.

When asked if McCoats or Barnes bought their guns legally, Deters claimed he couldn’t answer the question and instead defended guns.

“The weapon isn’t the issue,” Deters said. “There’s lots of law-abiding citizens who have guns.”

Both men are facing weapons under disability charges, which means they were prohibited from buying a gun based on their criminal record or mental status. In June, Ohio lawmakers passed Senate Bill 125 which allows Ohioans to buy a firearm without a permit, training or background check.

“It’s a new thing you allow everyone to go get guns like this,” a resident sitting outside his apartment on Main Street told CityBeat in the days after the shooting. “Tell them to stop letting just anybody go buy a gun. They just go and sell it to people like me who aren’t supposed to have it.”

Other residents in the neighborhood are wary of lax gun laws that make it easy for anyone to buy a firearm.

“The people down here, we love each other and socialize with each other," one resident said. 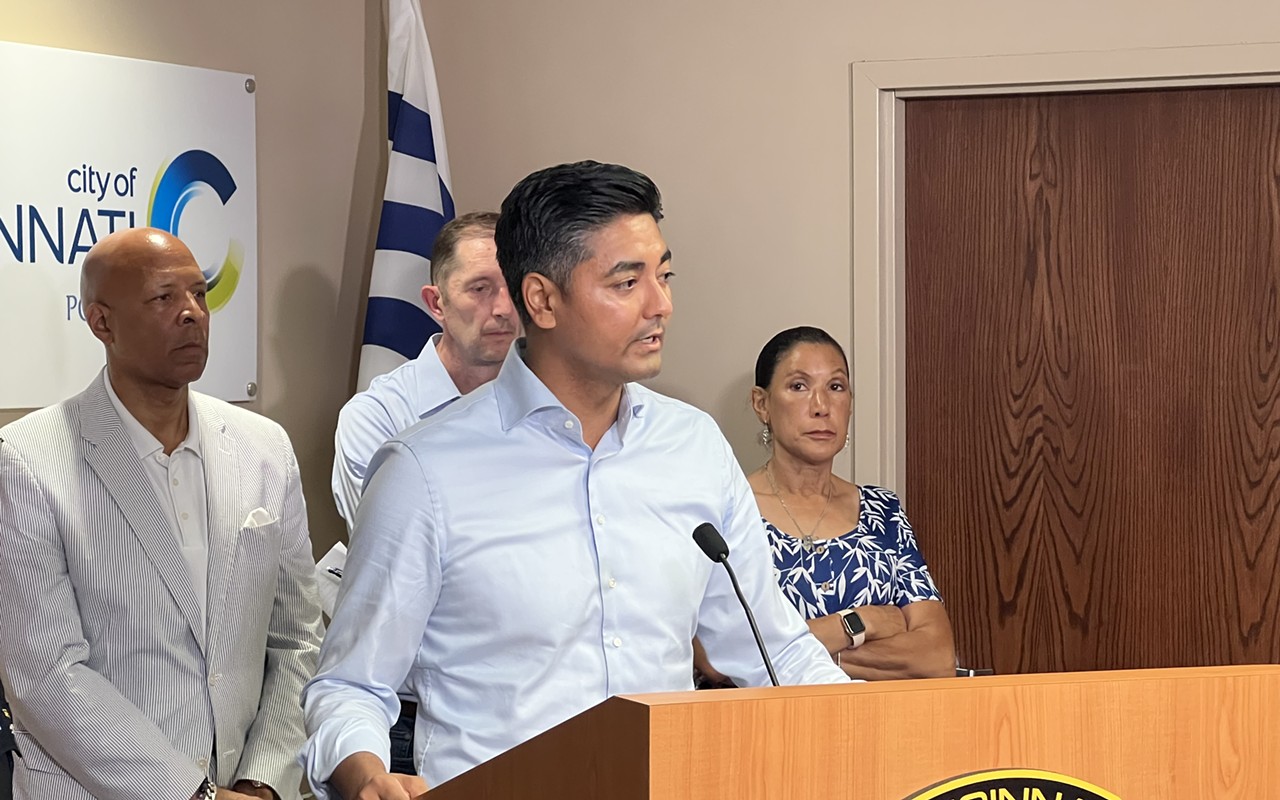 'The Bartenders Down There Are Traumatized.' City Leaders, Business Owners Respond to Main Street Shooting that Injured Nine People: Cincinnati Police want your help finding the suspects involved in the Aug. 7 shooting.


During the Aug. 11 press conference, Deters described the incident as “some kind of petty turf thing they had a beef about,” but based on CityBeat's review of surveillance video, this theory is hazy. McCoats, while firing, does not appear to be aiming in Barnes' direction.

When asked if Barnes could have been firing towards McCoats in an attempt to stop him from shooting, Deters said that will be for a jury to decide.

Deters said there were “two groups” at the scene: one from Downtown and one from the West Side. The OTR strip of Main Street where the shooting occurred is a common place for people from varying neighborhoods to go for dinner and drinks. 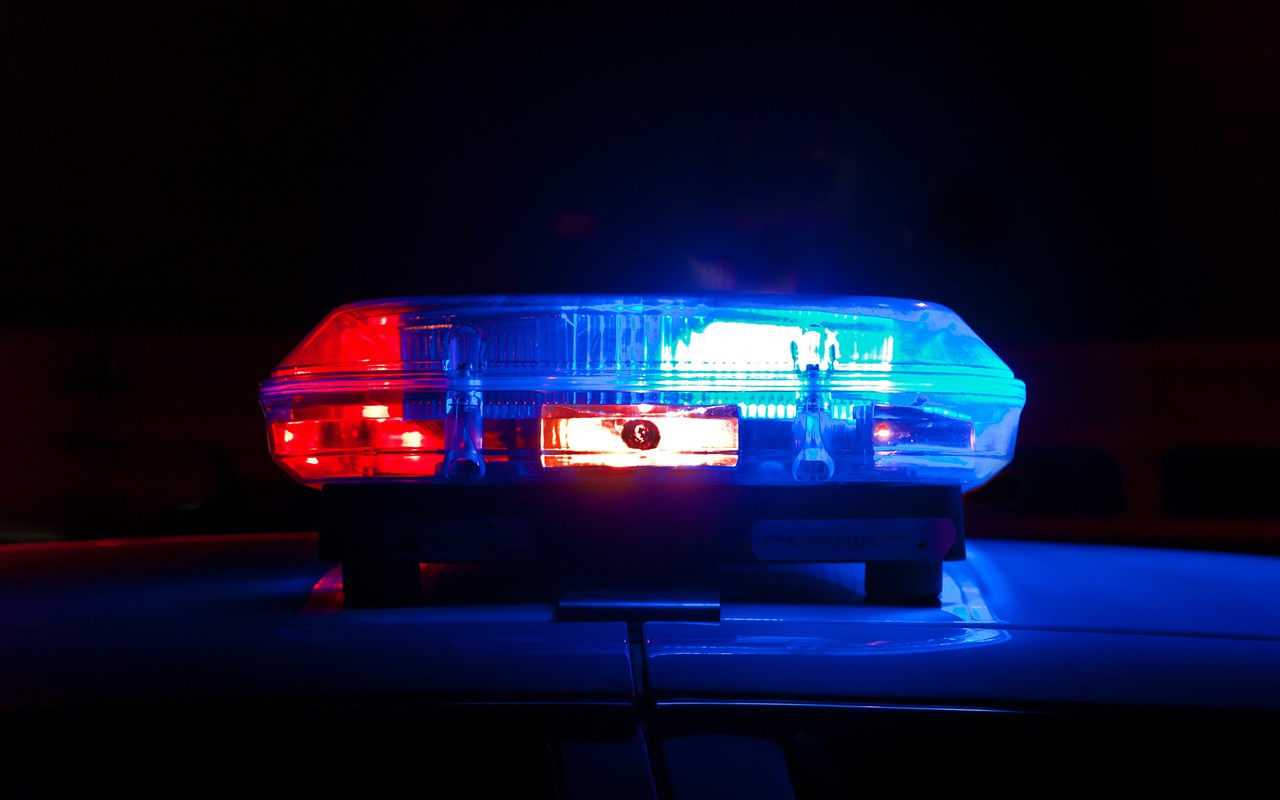 
“The people that’s from around here, we ain’t shooting each other,” a man who calls himself "Chinaman" and who says he's lived on Main Street for decades told CityBeat. “We love each other! It’s other people from different neighborhoods coming down on the weekends because it’s a party district. We don’t even carry guns around here. What would I need a gun for? We’re peaceful.”

On Thursday, Interim Cincinnati Police Chief Theresa Theetge announced changes to the area in light of the shooting, including more officer patrols at night and no parking on weekend evenings.