What followed after the Manchester blast killed 22 and wounded dozens also demonstrated the best of first-person reporting and the worst of what traditional news media do. 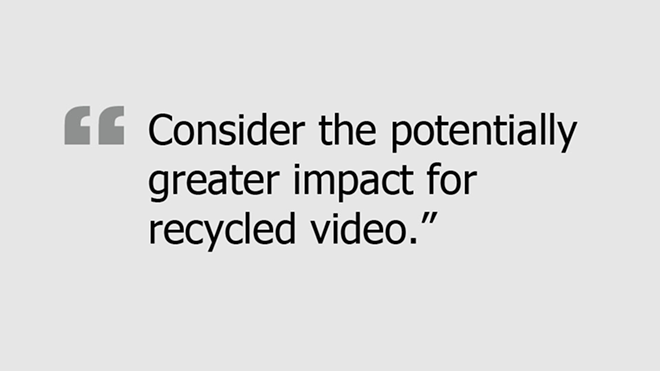 Listening to survivors of England’s Manchester bombing was wrenching, but I finally smiled when one young woman explained why so many people rushed to help after the blast.

Not boastful. Just a fact.

Obviously, it’s a bred-in-the-bone spirit that didn’t expire with VE Day or the IRA bomb that destroyed Manchester’s city center in 1996.

What followed after the Manchester blast killed 22 and wounded dozens also demonstrated the best of first-person reporting and the worst of what traditional news media do.

British broadcasters responded with savvy born of too many bloody incidents, whether IRA bombings, murderous Islamist attacks on London transit or a British soldier hacked to death in the street.

It helps that unlike our news media, Britain’s are centralized in London. Generations of journalists share the experience reporting terrorist attacks on civilians.

They reported what they could, relying on senior police officers who were restrained by the demands of what obviously was a mass killing investigation and British criminal procedure.

My access to news media after the bombing was limited to CBC and BBC reporting; our remote Ontario cabin lacks TV or internet.

One of CBC’s best interviews involved Sameer Arshad, the owner of Street Car, a Manchester taxi fleet. “We had a lot of terrified parents ringing up, and a lot of terrified people ringing up and everyone was trying to get safe, so I reached out to our drivers and said, ‘These people need us’ and they said they were willing to do what it takes to get people home safely.”

His drivers turned off their meters and offered free rides. Some round trips were 60 or 80 miles; most were much shorter.

So far, a good spot story. Then it reached for excellence.

Asked by CBC what he’d say to trolls saying the murders were done in the name of Allah, Arshad responded:

“Absolutely disgraceful… (It was) not done in the name of my religion and I’m a Muslim. My religion is Islam. So if that is people like me then they are definitely not representing the same religion as me. There is a big difference between people like them and people like me and the people of Manchester that came together.”

Notice how the interviewer didn’t say, “As a Muslim, how do you feel?” Rather, CBC asked Arshad how he’d respond if he could confront an internet hate merchant.

A number of interviews praised arena staff for directing thousands out of exits and away from the building. So far, there have been no reports of anyone injured or killed in a rush.

Local cafés and restaurants reopened or stayed open to give people a sense of safety, a place to sit and, as one reporter put it, “have a cup of tea.”

You have to love that “Keep Calm and Carry On” stamina.

While police were limited by criminal procedure and the demands of their widening investigation, reporters were free to seek out stories like that of Street Cars.

Survivor Anita Parmar told CBC, “I think the fact that we were all very British and supportive of each other, you know — staying calm, getting everyone out, moving away, following the rules, doing all we could to help each other. And then you know all the people that consequently were offering rooms and offering food, offering a place to stay, offering free rides home to people. That’s what came out of it. It wasn’t every man for himself at all. And I think that was really reassuring for me.”

One story that didn’t get repeated in broadcasts I heard on CBC and BBC was the apparent success of security measures outside and before the concert: A number of girls and young women said their bags were searched by guards before they were allowed into the arena.

That may explain why the bomber detonated his lethal package outside the arena and after the concert; he couldn’t get in where the damage would have been greater.

In days immediately after the blast, police said the bomber probably was part of a network that was rooted in Britain and Libya where the bomber’s family originated.

After arrests in the U.K. and Libya, the network story began to unravel.

Meanwhile, BBC/CBC and others fell victim to a conventional way of dealing with a great video clip or sound bite.

It’s a point I’ve made before at terrorist incidents: Traditional news media will do the job that terrorists hoped to achieve — repetition heightens listeners’ and viewers’ fears.

That provoked Christian Christensen, a Stockholm University journalism professor, who faulted seemingly endless replays of the bomb going off and terrified reactions.

Here’s a transcript from CBC’s flagship program As It Happens’ broadcast:

Soundclip: Chatter and music on a busy street and then an explosion.

Male voice: Come on, we’ve got to get going.

Male voice on phone: She looked very severely injured. She was very traumatized. There was blood bubbling out of her mouth and her nose and she was choking on it. It was just horrible.

Male voice on phone: Bodies everywhere, kids and that.

Female voice: Please just somebody get a hold of her. I’m worried sick. We’ve not slept. We’ve got family out looking for here. Please, please, somebody must have seen her.

Female voice: Yeah, very shaken. I think it’s just the reality of how close it came.

And that was just audio.

Consider the potentially greater impact for recycled video. As Christensen said, “What I saw was something that I’ve seen repeated in earlier coverage of terrorist attacks and that’s sort of recurring footage of people running and scared. And it was actually something that bothered me because I feel that this kind of repeated coverage on a loop of showing the same videos over and over again, I think it creates a kind of unease and a tension that actually is the goal of the terrorists — that they want this kind of discomfort and this kind of chaotic atmosphere.”

Christensen added, “The problem is when I was watching yesterday, I must have seen the same 30- to 40-second video clip of these young kids running out of the arena in Manchester I would say between 50 and 100 times. And I would suggest that it’s necessary to show these things occasionally, but I think the constant repetition of them creates a very sort of disturbing atmosphere.”