There was a time here in Cincinnati when 1230 AM WDBZ The Buzz — the de facto “black talk” station — was relevant, necessary even. It was black Cincinnati’s bully pulpit, going-off space and platform for spelling out conspiracy theories; a place where un 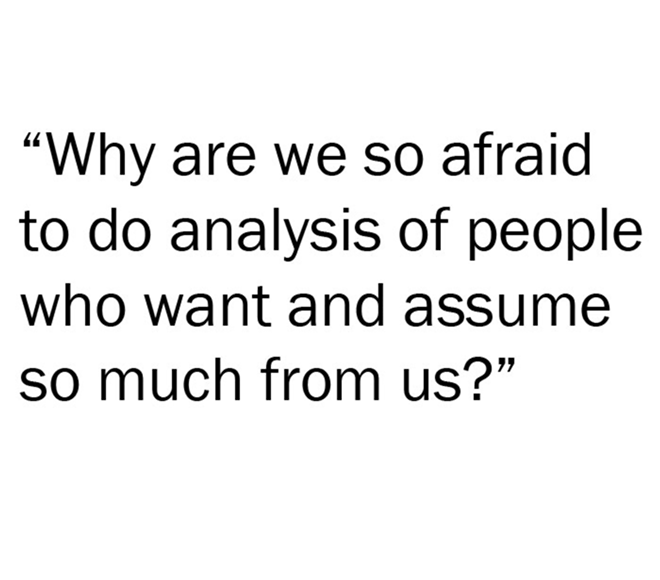 There was a time here in Cincinnati when 1230 AM WDBZ The Buzz — the de facto “black talk” station — was relevant, necessary even.

It was black Cincinnati’s bully pulpit, going-off space and platform for spelling out conspiracy theories; a place where unabashed anger was aimed squarely at the white powers that be, the plot of ground where callers grazed to settle personal scores by name-checking enemies and where listeners — even those who claimed disdain for the station — eavesdropped deliciously, like they were listening through the walls to neighbors fighting.

Many from-the-ground-up-you’re-nobody-’til-somebody-hates-you type Negroes made temporary tattoo names for themselves on the airwaves of the Buzz, and of the ones I’m thinking of — whom I won’t name here so as not to resurrect the dead — not one is very visible or doing any good work today.

The Buzz flashed hot when we needed it.

It had its time.

But those days have long passed, like so many ghetto bodegas stockpiled with 40 ounces so cold ice crystallized in their brown bottles up and down Vine Street before 3CDC Swiffered away all signs of poverty and its accompanying angst.

Perhaps because black-owned Radio One, which owns The Buzz, senses there’s so little black angst palpable in Cincinnati, or the station’s overall numbers are just in the toilet, The Buzz has dropped most of its local talk programming to go to a Gospel format.

In the strange universe in the realm of black radio, there exist but two extremes: black audiences are good and virtuous but stand flawed before Jesus and therefore need Gospel as a feel-good road map or a distraction. Or we’re sin-sick, club-going heathens who need a repetitious urban soundtrack of pre-pregnancy and stripper music to get us to the weekend because everyday that isn’t Friday in black radio time is Hump Day.

Since The Buzz has thrown out most of its talk format except for the most boring yet most popular, least challenging and Master Fight Baiter Lincoln Ware, it feels like Radio One, with its drastic surprise announcement, is deconstructing its belief we Negroes in Cincinnati can be simultaneously good and bad.

In response, online blowback to the change has been overwhelmingly ugly.

Nothing like a shakeup of the status quo to wake a Negro up.

Ware, for his part, has survived in local radio nearly 50 years. Given his penchant as a one-trick pony who passes the time slot of “The Lincoln Ware Show” off as a hotbed of opinion and insider knowledge by basically reading from The Enquirer and Yahoo News and by listening to fervent gossip, his longevity isn’t so much to be lauded and respected as it is to be flummoxed by. Further, it’s telling of the level of apathy and mediocrity black radio listeners here can tolerate and stomach.

And according to the street decree of black talk radio, my agenda, talent, sexuality, platform and even writing style will now likely be defamed, taken in vain and decried — if not by Ware himself, then by his sycophants. Because if black folks are “at risk” in any area of our identities then it’s in our collective inabilities to accept the detanglement and criticism of black popular culture to a wider (whiter) audience done up in love and not the self-hatred I will stridently be accused of for writing this very paragraph.

This black is/black ain’t response happens to me all the time, and I usually get briefed by third parties who listen, care and are angry on my behalf.

None of that solves a problem. Neither does kicking the legs from under black talk format programming without first fully considering its past importance to the community it faithfully served.

After the 2001 riots or, actually, in the midst of them, Ware and the rest of The Buzz team took to the streets and fearlessly brought us snippets and stories no other radio or TV outlets had the balls to deliver. We sort of chuckled at the absurdity of it then, but Ware, on his personal cell phone, reported live from a sporting goods store being looted in Findlay Market. The adrenalin in the high screech of his voice made me know we were indeed in urgent, trying times.

The Buzz was good at tapping community members — known and regular folks — to come talk about programs in their communities, fundraisers, church work and the like.

I have benefited from appearing on The Buzz as a long-ago stand-in host, to promote my book and the subsequent play and to talk about Cincinnati Magazine articles I’d written that were of import to black Cincinnati.

One of the sad, sad things that few people take into account when an organization is restructured is: What happens to its people? The real, live working people?

What will become of Program Director Jeri Toliver, who carried that station on her back and shoulders lo these many years and who co-hosted her own show? Toliver did everything there but wash dishes and she was (is?) the real keeper of key citywide sources and secrets.

I always thought Toliver took on too much water and could not, therefore, do one or two things well, but many things haphazardly.

And that wasn’t her fault.

It was the fault of ownership and station managers.

Likewise, what will become of Nathan Iverson, the station’s other host? When Iverson co-hosted a hip show on WAIF 88.3 FM when the station was still in the dank basement of the Alms Hotel, he worked hard to get the call up to the majors. Then he worked double time at The Buzz while they bounced him around time slots, all to accommodate Ware.

Iverson finally got his sea legs, his radio rhythm and his steady listeners, and now this.

It’s gotta hurt Iverson to relinquish his mic only to watch Ware get saved — yet again — to live another day.

Maybe Radio One can listen closely to what it did to its people here in Cincinnati and afterward think again about such drastic restructuring. Maybe those black higher-ups will reverse themselves and instead of just killing all but one talk show they can find ways to make the station better and stronger overall.

And they need to apologize to Jesus for using him as a Plan B to bail them out of their problems.

It may not have been the best move.

I guarantee black folks do not come to Jesus when what they want are secrets, lies and gossip.