CAC to Bring Patti Smith and 'The Coral Sea' to Cincy 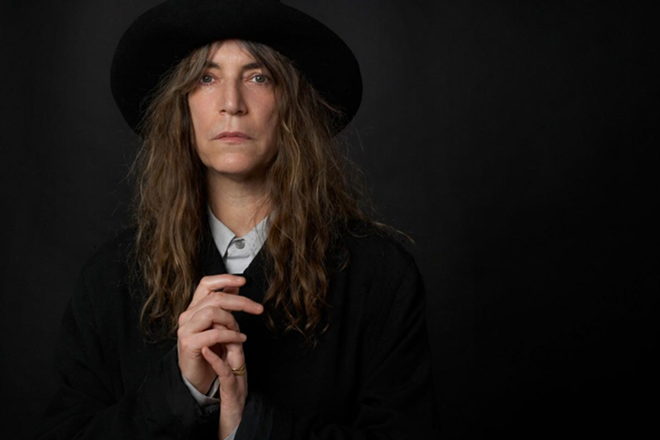 Contemporary Arts Center has officially announced that Patti Smith will perform The Coral Sea with daughter/pianist Jesse Smith on May 17, in connection with her CAC exhibit, also called The Coral Sea, that opens the next day and features work not previously seen in the U.S.

At the concert, Smith will also play selected material from throughout her career.

The CAC website says that "The Coral Sea performance work found its beginnings from Smith’s 1997 book of the same name, her requiem to her dear friend Robert Mapplethorpe (who took the cover photo of Smith’s debut album, Horses, among his many other accomplishments). With music arranged and performed live by Kevin Shields — of heralded British shoegaze band My Bloody Valentine — two separate performances were held at London’s Queen Elizabeth Hall in June 2005 and September 2006. In 2008 those performances were released as a live album."

Mapplethorpe's own posthumous photography retrospective at CAC, 1990's The Perfect Moment, became a major controversy when cultural conservatives led by now-retired Sheriff Simon Leis tried to shut it down for obscenity. In a famous trial, a jury sided with the CAC. The concert venue and ticket information will be announced soon at www.contemporaryartscenter.org.

I first wrote about Smith's art show coming to the CAC in CityBeat last year here.