The Very Good Boy found a shipment worth nearly $3 million. 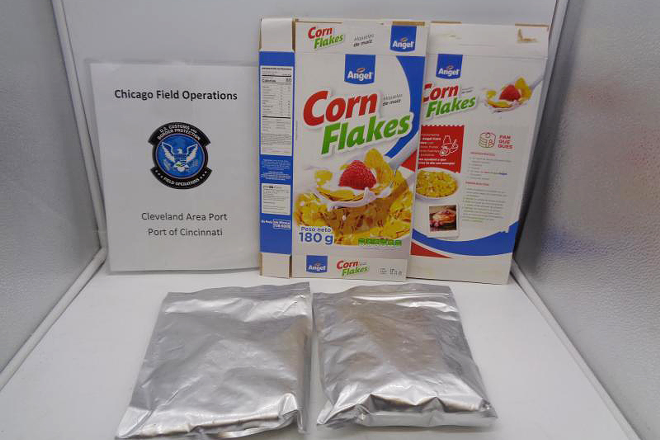 A member of the U.S. Customs and Border Protection K9 unit in Cincinnati sniffed out a cereal coated in a substance that definitely was not part of a nutritious breakfast.

Bico, a CBP narcotics dog, alerted officers to 44 pounds of corn flakes covered in cocaine on Feb. 13, a release says. Bico detected boxes of the illicit substance among incoming freight from Peru.

“When officers opened the box to take a closer look, they saw that the cereal contained white powder, and the flakes were coated with a grayish substance. Officers tested the flakes and powder and found they contained cocaine, a schedule II substance under the Controlled Substances Act,” the CBP release states.

The boxes were headed to a private residence in Hong Kong. CBP estimates that the shipment’s street value could be worth $2,822,400.

U.S. Customs and Border Protection has been on a roll in Cincinnati lately, making busts on illegal shipments of Viagra, fake iPhones and counterfeit Rolex watches.