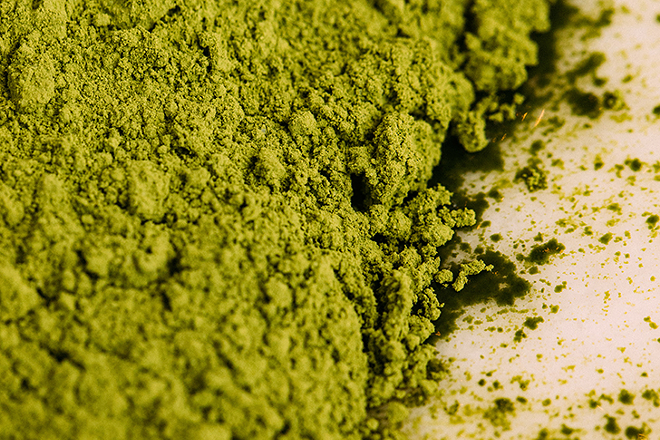 Photo: Charles Deluvio/Unsplash
Criminals were trying to be sneaky with the green cocaine, disguising the substance as matcha or moringa powder, commonly used as nutritional supplements.

First it was fake Rolex watches.

Oh, and some very not-fake cocaine.

The U.S. Customs and Border Protection officers in Cincinnati have been busy lately, seizing 5 Apple iPhones on Feb. 2 and 433 pounds of green powder cocaine between October and February.

In a news release, CBP says that local officers nabbed 542 counterfeit iPhones in a shipment that came from Japan and was heading to an electronics store in Miami. The release adds that if the fakes had been real iPhones, the haul would be worth $143,135.

Criminals were trying to be sneakier with the green cocaine, CBP says in another release, disguising the substance as matcha or moringa powder, commonly used as nutritional supplements.

“Matcha and moringa powder are regularly shipped into the United States, but usually not from South America, so it was sent to CBP’s Laboratories and Scientific Services (LSS) for further testing. LSS, the forensic and scientific arm of CBP, confirmed the powder contained cocaine,” the release notes.

Officers in Cincinnati confiscated 50 shipments of the coke, which originated in Peru and Colombia and were headed to individuals within the United States, Canada and Australia, CBP says.

But why was the coke green?

“Cocaine is produced from the leaves of the coca plant, Erythroxylum coca, and through a chemical process using gasoline, ammonia, and other chemicals, the green powder is processed into the more commonly known white form,” CBP explains.