Cincinnati, Are You Ready for Some Snow?

It doesn't matter if you're ready or not. It's coming. At least a little bit. Well, probably. 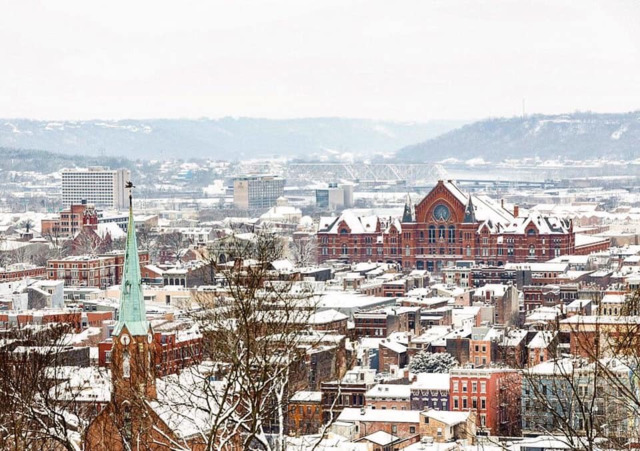 Hailey Bollinger
Snow-TR (get it?)

Hope you soaked up that unseasonably (some would say eerily) warm weather earlier this week, because it's about to get all winter up in here again.

We haven't had a whole lot of snow this season (so far, at least), so if you're a winter fan, this might be the best you get.

The National Weather Service's Wilmington office reports that temperatures in Cincinnati will dip down into the high 20s tonight and it's likely we'll see up to half-an-inch of snow after 7 p.m. Snow could continue until roughly 10 a.m. tomorrow morning.

There is also a chance for a wintry mix of snow and rain before and after that stretch of time into Saturday.

So drive safe this weekend, bundle up, and if you're especially snow-starved, maybe scrape some of the meager accumulation into a small, sad snowman.

Here's a detailed forecast via the National Weather Service in Wilmington:

Tonight: Snow likely after 7 p.m with a low of about 27. Chance of precipitation is 60 percent.

Friday: Snow possible before 10 a.m. High of about 36. Chance of precipitation is 40 percent.

Saturday: Snow possible up until noon, then transitioning to rain until 1 p.m. High near 39. Chance of precipitation is 30 percent.

Sunday Night: Rain likely after 3am. Low around 39. Chance of precipitation is 60 percent.