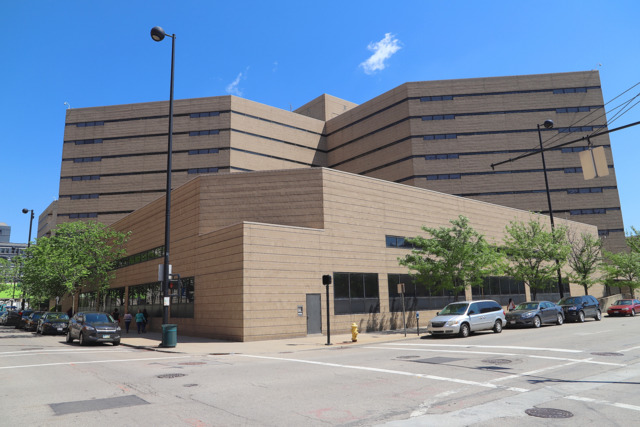 You've probably heard of cash bail — a monetary payment made to a court system some defendants can pay to gain release from jail as they await trial.

It's a practice that takes place in many county courthouses around the country. But critics say it is unjust and causes poor defendants accused of nonviolent crimes — who are supposed to be innocent until proven guilty — to languish in jail as they await their trials. Meanwhile, opponents of cash bail point out, taxpayers foot the bill for incarcerating those defendants.

Sittenfeld, along with attorneys Wendy Calaway and Jennifer Kinsley, sent a letter to Hamilton County Prosecutor Joe Deters June 18 asking him to consider a policy of no cash bail for most nonviolent misdemeanor and felony cases. Deters, however, says bail is not a problem in Hamilton County courts.

"The city recently passed legislation to start the process of implementing (bail) reforms by instructing city prosecutors not to seek high bonds for low-level offenders," Sittenfeld's letter reads. "This is an important start. However, as the county prosecutes the largest share of criminal cases, we need action from the county prosecutor as well to truly effectuate equal justice for the citizens of Hamilton County. You are uniquely positioned to help end the practice of jailing our citizens because they are too poor to pay."

Deters made his position in the issue clear, however, after Sittenfeld announced the motion in April.

"Before people have press conferences it would be nice if they checked the facts," Deters tweeted April 26. "Hamilton County does not lock up low level nonviolent offenders."

It is unclear exactly how often and for how long defendants end up in the Hamilton County Justice Center waiting for trial on nonviolent charges. A review of the Hamilton County Sheriff's Office's inmate registry shows that several defendants awaiting trial for drug possession, theft and other nonviolent offenses remain in jail with several thousand dollars of bail set. Those defendants do not appear to have federal hold orders or other conditions that would prevent their release.

"For Joe Deters to contend that this doesn't happen is preposterous and is entirely indicative of how far down in the sand he has his head," Kinsley says.

Kinsley and Calaway, who have also published research on cash bail reform, say that by putting defendants in positions where they risk losing their jobs, housing and even custody of their children, cash bail perpetuates poverty and contributes to higher recidivism rates.

Sittenfeld says Deters hasn't responded to his letter asking the prosecutor to set a policy eliminating cash bail for low-level offenders, but Deters expanded on his stance in an opinion piece in the Cincinnati Enquirer May 3. That piece did not state outright that the county doesn't set cash bail for nonviolent offenders — only that it doesn't set "high bond" for such defendants.

"While the bond amount is ultimately the judge’s decision, my office does not recommend high bonds for defendants unless it is necessary to protect the public or ensure that the defendant appears in court," Deters wrote.

In the piece, Deters calls the bail reform push a non-issue in Hamilton County.

"We simply do not have a problem here with large numbers of impoverished people being incarcerated prior to trial," Deters wrote in the op-ed. "If we did, I would be happy to join a bipartisan effort to solve the problem, but this is a solution looking for a problem. I am discouraged to see people spending valuable time on something that is not a problem, when we have many serious issues facing our community."

"Robust social science research demonstrates that connecting money to pretrial release does nothing to ensure a defendant's appearance in court nor does it result in lower crime rates," their letter states. "Thus, there is no benefit to this practice, and the negative consequences are devastating for the citizens of our community and a significant burden to taxpayers."