The legislation would allow establishments to charge at least 5 cents for reusable bags or recycled paper bags, but would levy a $100 fine against restaurants and grocery stores that give away single-use plastic bags. 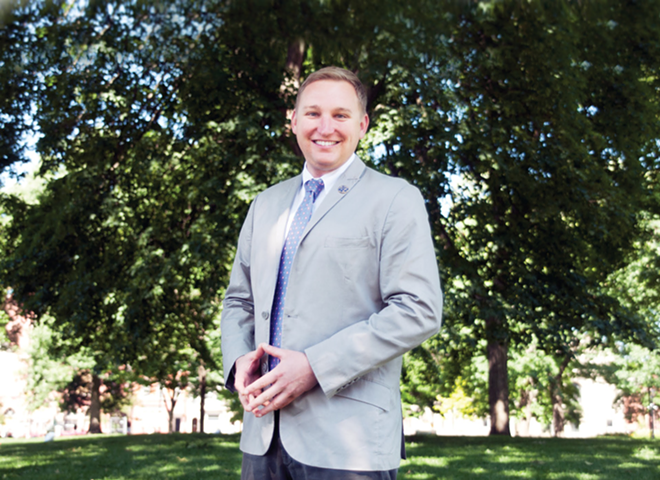 If approved, establishments would be able to charge at least 5 cents for thicker, multi-use plastic bags or paper bags that are fully recyclable and made of at least 40 percent recycled material, but would be fined $100 for each time they give out single-use bags starting in 2021. The 5-cent charge would have to go to informing customers about the change and to recycling bags, though any additional charge an establishment assessed for bags wouldn't have those restrictions.

Temporary establishments such as farmers' market vendors would be exempt, and establishments would be permitted to distribute free bags to low-income customers who use food stamps for their purchases.

The Cincinnati Health Department would enforce the ordinance if it passes. A transition period would be used to distribute reusable bags, especially in lower-income areas. Establishments would be able to give away reusable bags for promotional purposes 90 days a year.

Eight states across the country regulate plastic bag use to one degree or another, as do 400 cities, including Austin, Texas and San Diego, California.

Seelbach will hold a news conference today at 2 p.m. with the Sierra Club, city administration, advocacy group Past Plastic Coalition and other elected officials to discuss the proposed legislation.

Council isn't the only group thinking about the move. Cincinnati-based grocery giant Kroger announced last year that it will phase out single-use plastic bags by 2025. Kroger has indicated it supports the proposed legislation.

Not everyone is a fan of the bans, however. State lawmakers in the Ohio House last year introduced a bill that would preempt local municipalities from passing ordinances like Seelbach's regulating plastic bags, saying they were bad for businesses. Ohio Gov. Mike DeWine indicated he opposed that move, however.