Cincinnati City Council will vote on Long's appointment during a special session Sept. 1. 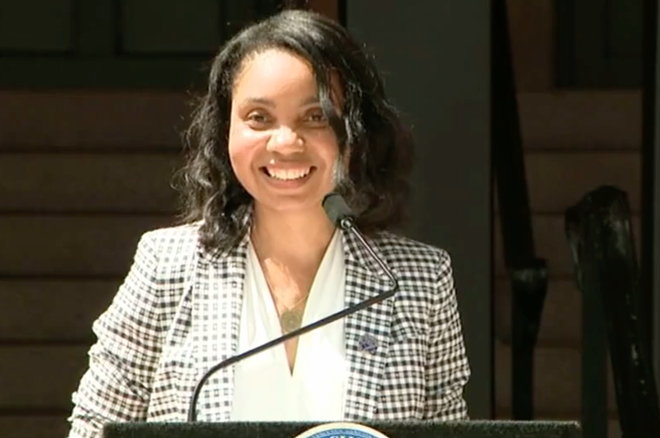 After a national search and a finalist round that included two locals, Cincinnati mayor Aftab Pureval announced Aug. 26 that he would recommend Sheryl Long as the next city manager. Long has been serving as assistant city manager since 2019.

"I am confident in Sheryl Long’s ability to lead our city with tenacity, transparency, compassion and sound judgement," Pureval said in a statement. "She has a proven track record of outstanding managerial and interpersonal skills, working in public service for more than a decade and successfully overseeing thousands of city employees in her role as assistant city manager. She is a leader who I know will further our goals of making Cincinnati a vibrant, equitable place for all to grow and thrive."

As city manager, Long would oversee about 6,000 employees and nearly 20 departments. Cincinnati City Council will vote on Long's appointment during a special session Sept. 1; council members previously had interviewed Long and other candidates and provided feedback to Pureval.

Long previously was the city administrator for North College Hill, serving as its communications lead before that, according to Long's LinkedIn profile and government biography. She has a bachelor of arts from Miami University. 
"I am honored and excited to have been chosen by Mayor Aftab as the next city manager of the city of Cincinnati," Long said. "Not many people have the opportunity to serve our community in this direct and impactful way, and I don’t take this responsibility lightly. My number one focus is to make our local government accessible to all Cincinnatians, regardless of their neighborhood, circumstances, or walk of life."

Long was up against John Curp for the city manager position. Curp has been serving as interim city manager since January after Paula Boggs Muething left the role. Curp is a former city solicitor and was a partner at Blank Rome law firm. He had been appointed by former Ohio Gov. John Kasich to the Ohio Public Defender Commission.

"I want to thank John Curp for his hard, commendable work as Interim city manager for the past eight months. He came in with a vision for a more communicative, transparent government, and he succeeded in carrying out that tremendously important objective," Pureval said. "I will always be grateful for his work and desire to make a difference in our community." 
In December, Pureval as mayor-elect announced that he would launch a national search to replace Boggs Muething once his administration took office. On Aug. 17, Pureval said that his team began with 21 applicants, interviewed five and then selected Long and Curp as finalists.