This is going to make watching skateboard videos on the way to work much, much easier 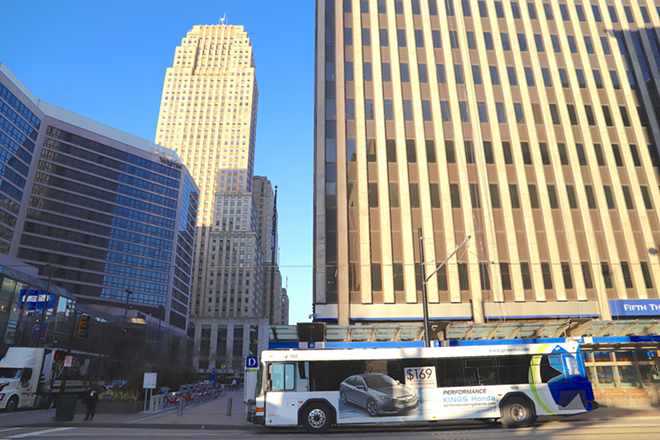 Nick Swartsell
Someone on this bus is likely using Snapchat

Don’t you hate it when Instagram times out on your morning commute and you can’t post that weird selfie you took with the person snoozing in the seat next to you? (That might be a true story, btw).

Metro has you covered, at least if you’re lucky enough to be on one of the 59 buses or five Access vehicles the transit service will use to test out a pilot program offering free WiFi to riders.

That program, announced today, is part of a push by Metro to attract more riders. That effort comes as the bus service, operated by the Southwest Ohio Regional Transit Authority, faces budget shortfalls and mulls a Hamilton County Sales Tax levy of up to 1 percent.

Though a $98.1 million 2018 budget SORTA’s board released late last year narrowly avoided deficits, Metro faces a $188 million shortfall over the next decade under current funding conditions.

The free WiFi pilot won't come from Metro's regular coffers, but will be paid for by a Federal Transportation Administration grant meant for security-related projects. The WiFI will also be used to live-stream video to emergency responders in case of an emergency.

“Providing WiFi will allow (riders) to regain time doing what they otherwise couldn’t behind the wheel of a car,” Metro CEO and General Manager Dwight A. Ferrell said in a statement. “We’re excited to test out this new amenity with the hope of possibly offering it across our entire fleet in the near future as we continue to work to reinvent Metro.”

Vehicles offering the service will be identified with WiFi decals and onboard signage.