Cincinnati Rents Are the Worst, and 9 Other Greater Cincinnati Stories You May Have Missed This Week

It's not all bad news, we promise! 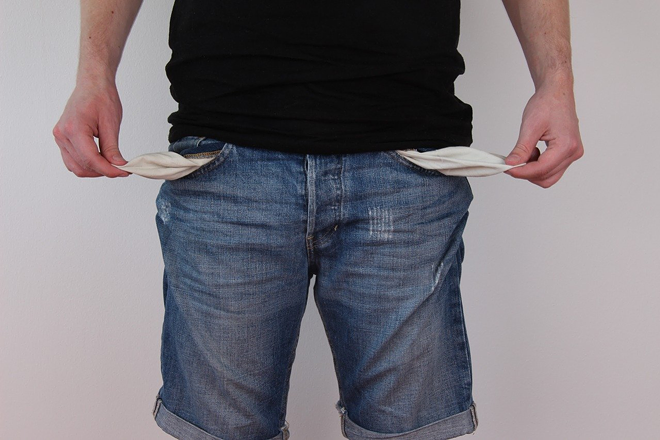 Photo: schuldnerhilfe, Pixabay
If you rent in Cincinnati, you might be doing this.

This week has been absolutely rife with Cincinnati news about amazing restaurants and bars, ambitious musicians and athletes, politicians run amuck, and the return of festive traditions. Here's what caught CityBeat's eye:

You're not imagining it. Local rents have been rising since the COVID-19 pandemic began — and quickly. A report from Realtor.com shows that Cincinnati rental rates had big year-to-year increases from May 2020 to May 2021, making it the metro with the ninth-highest increase in the nation. Read CityBeat’s story about Cincinnati’s rent increases that are affecting so many residents.

The winner of the annual National Public Radio (NPR) Tiny Desk Contest gets their own Tiny Desk Concert, a spot on NPR's "All Things Considered" and a considerable career boost from all of the exposure. It’s no surprise, then, that some of Cincinnati's best acts have submitted their own videos for consideration. Read CityBeat’s story about local Tiny Desk entrants and watch videos from Cincinnati performers.

National Ice Cream Day is July 18 and if you scream for ice cream, get ready to use your design skills to proclaim your love on paper. 114-year-old Cincinnati ice cream parlor and candy shop Aglamesis Bro's is hosting a poster contest to commemorate the holiday. The artist behind the winning submission gets $300, some Aglamesis goodies and will have their poster printed in a limited-edition run by local Cryptogram design studio. Read CityBeat’s story about how to enter the Aglamesis poster contest.

In a recent tweet, the Republican Congressman from Ohio tried to blame high gasoline prices on U.S. President Joe Biden’s administration, rather than on the receding coronavirus pandemic or supply-and-demand issues. But White House Press Secretary Jen Psaki set him straight, and it was glorious. Read CityBeat’s story about Psaki’s smackdown of Jordan. While you're at it, read CityBeat's story about why gas prices are finally starting to drop.

For Pride Month, everyone's favorite aggregate rating site Yelp has put together a list of the "Top 100 LGBTQ+ Bars Across the U.S." The Queen City's top LGBTQ+ bar? Below Zero Lounge, which came in at No. 82 overall. Read CityBeat’s story about why Below Zero is one of Yelp’s (and our!) favorite LGBTQ+ bars.

The Foo Fighters’ Madison Square Garden show on June 20 already was special; after all, it was New York City’s first full-capacity concert since March 2020, plus all attendees were fully vaccinated from COVID-19. But then Yellow Springs, Ohio, resident Dave Chappelle took the mic, and it became an evening no one would ever forget. Read CityBeat’s story about Dave Chappelle joining the Foo Fighters onstage.

The popular event has returned as a calmer alternative to the region’s many Independence Day celebrations. There will be live music, carnival rides and games, plus Coney Island’s water attractions will be open. Read CityBeat’s story about the Coney Island Balloon Glow.

25 New and Coming Soon Cincinnati Restaurants to Try This Summer

Hungry? Good. Cincinnati has some buns in the oven. The pandemic appears to be in the rear-view mirror and the Queen City's dining scene is ready to pop off. Many restaurants have opened over the past spring and summer, and there are plenty more slated to open in the coming months. Read CityBeat’s story about which new Cincinnati restaurants you need to try ASAP.

Our media family is growing! CityBeat's parent company, the Cleveland-based Euclid Media Group, has announced the purchase of Louisville alt-weekly LEO Weekly. The award-winning publication has been around since 1990, covering everything from politics and news to arts, culture and eats. Read CityBeat’s story about what to expect from LEO Weekly.