The 30-second ad highlights Cranley's work on the Ohio Innocence Project and Cincinnati's growth during his eight-year tenure as mayor. 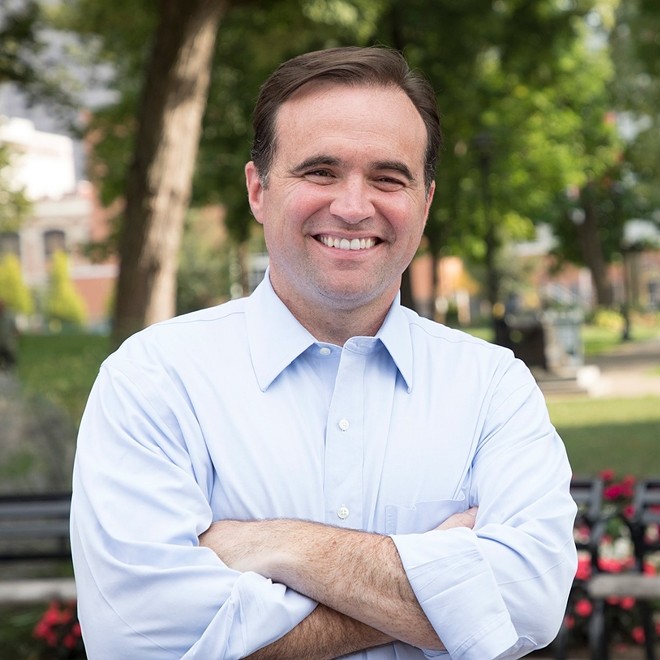 The 30-second ad highlights Cranley's work on the Ohio Innocence Project and Cincinnati's growth during his eight-year tenure as mayor.

"Ohio deserves a comeback," Cranley says in the ad's voiceover. "I know it won't be easy. But I've faced long odds before."

Via email, a Cranley spokesperson tells CityBeat that the March 15 ad will run on cable and broadcast channels in markets throughout Ohio for several weeks before being swapped out for a different ad. The spokesperson also notes that Cincinnati will continue to be "a staple of our messaging."

Watch the new ad below.


Cranley announced his gubernatorial run in August after months — some would say years — of speculation. According his campaign website, Cranley is running on a moderate platform around middle-class job creation, small-business growth, human rights, and education and infrastructure improvements, among other issues. The platform also includes legalizing recreational marijuana to fill Ohio's tax coffers.

On Jan. 5, Cranley announced that Ohio Sen. Teresa Fedor of Toledo would be his running mate.


Mike DeWine, Ohio's incumbent Republican governor, has announced his plans to run for a second term. Democrat Nan Whaley, who is currently the mayor of Dayton, announced her candidacy in April and shares many of Cranley's platform issues, which makes some Democrats nervous about the primary battle.

Asked how Cranley was feeling about the race at this point, his spokesperson says, "(He) feels good as we head in the final fifty days. Voters are hungry for a message of someone who's led a comeback and excited about Mayor Cranley's vision to turn around the state."

Ohioans will vote in a gubernatorial primary on May 3 and will select the governor on Nov. 8. The winner will be sworn in on Jan. 9, 2023.

Cranley served for two terms as Cincinnati's mayor, ending in 2021. Aftab Pureval was sworn in as mayor on Jan. 4.