The transit center, which Northsiders have been envisioning for nearly two decades, serves eight bus routes in the city's second-busiest location for transfers. 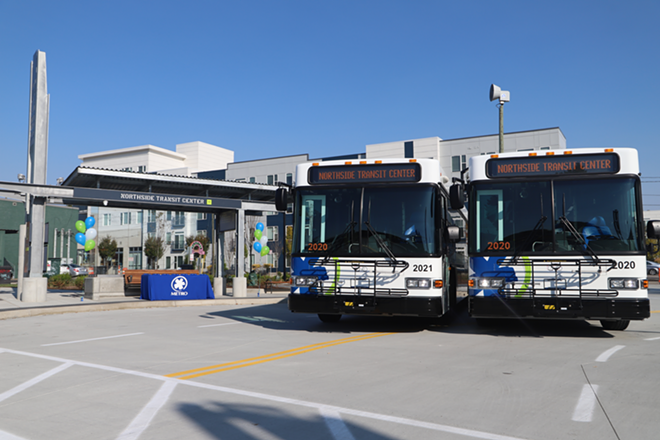 Northside is the second-busiest transfer location in Cincinnati behind downtown's Government Square, and neighborhood residents have dreamed about a hub there for almost two decades.

“This critical connection point in our region is a great addition for the Northside community and the many riders who use our service to travel to and through the area," Metro CEO and General Manager Darryl Haley said today. "It’s just one of the many ways we’re working to reinvent Metro with amenities that make using public transportation easier and more attractive.”

Cincinnati Mayor John Cranley highlighted the transit hub, and a county bus levy called Issue 7 that voters passed this year to increase funding for transit, as bright spots in an otherwise challenging year marked by a pandemic and social unrest.

Cranley called the transit levy "the best thing to happen politically in Hamilton County in 2020."

"It's hard to find hope," Cranley said today. "But Issue 7 and this transit center are hope."

Eighty percent of the $3.7 million used to build the hub came from federal grants, which SORTA paired with local matching funds.