Cincinnati City Council has voted 6-3 to reopen the city’s streetcar to passengers, likely by the end of the month. And when it reopens, it will be free to ride. 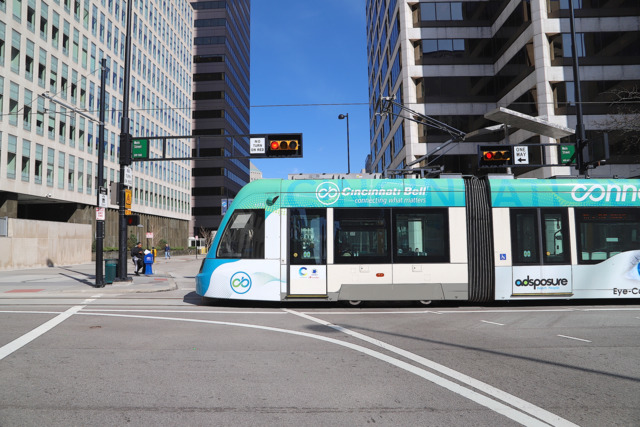 Cincinnati City Council has voted 6-3 to reopen the city’s streetcar to passengers, likely by the end of the month. And when it reopens, it will be free to ride.

In a 6-3 vote, Council just overrode Mayor Cranley's veto in order to get 19 city employees back to work and reopen the streetcar.

It should be reopened by the end of the month.

And it will be free.


The vote, which overrode Mayor John Cranley’s streetcar funding veto with a supermajority, has allotted $1.8 million in funding from the city’s transit fund, which is mainly used for buses.

The council members who voted in support of reopening the streetcar to passengers were P.G. Sittenfeld, Chris Seelbach, Wendell Young, Greg Landsman, Jan-Michele Lemon Kearney and Jeff Pastor, while those against it were Vice Mayor Christopher Smitherman and council members David Mann and Betsy Sundermann.

The main contention is that the transit funding is already promised to SORTA for its buses. Reallocating it to the streetcar could result in a lawsuit. Separately, the city currently has $3 million set aside to run a "zombie" streetcar without passengers to preserve its basic functionality.

Cranley also mentioned that every month the streetcar remains closed, the city saves money. He also called the streetcar a "luxury" item, not an essential service the city should be spending money on right now — especially considering the city had to borrow $10 million to balance its budget.

Council also passed an alternative funding plan to allow for the streetcar to be funded with money from Over-the-Rhine and downtown taxing districts from areas where the streetcar is the busiest. According to Seelbach, both the OTR and downtown community councils supported the resolution.

However, Cranley vetoed that plan following Wednesday’s meeting, so the streetcar’s funding will come from the transit fund unless council overrides that veto during its next meeting in September.

The streetcar has been closed since March due to public health concerns as a result of the pandemic.