In a letter, the Republican governors state their concern is the effect the declaration has had on increasing the number of people eligible for Medicaid — an expansion they say is “costing states hundreds of millions of dollars." 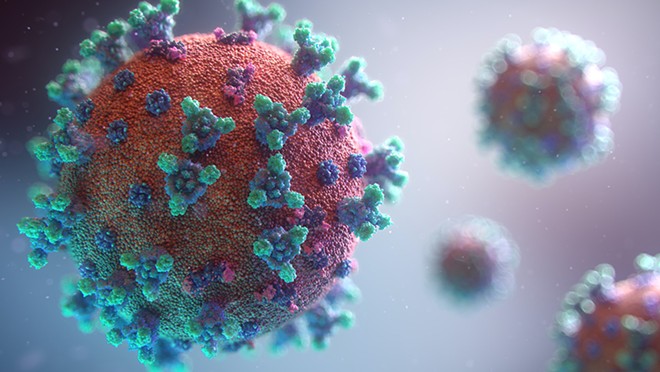 Photo: Fusion Medical Animation, Unsplash
Mike DeWine and 24 other governors wrote a letter to President Biden on Dec. 19, asking him to let the Public Health Emergency for COVID expire in April.

Declaring that “we have returned to life as normal,” Ohio Gov. Mike DeWine joined 24 other Republican governors Dec. 19 in calling on President Biden to let the federally declared Public Health Emergency for COVID expire in April.

The Public Health Emergency, or PHE, is tied to the COVID-19 pandemic and is scheduled to expire on Jan. 11, 2023, although President Biden is expected to extend it into April 2023.

The Republican governors are urging the president to let the declaration expire then. In the letter, they state their concern is the effect the declaration has had on increasing the number of people eligible for Medicaid — an expansion they say is “costing states hundreds of millions of dollars” as they help pay for beneficiaries’ medical care.

“It is time we move on from the pandemic,” the governors’ letter states. “The PHE is negatively affecting states, primarily by artificially growing our population covered under Medicaid, regardless of whether individuals continue to be eligible under the program. Since the beginning of the pandemic, states have added 20 million individuals to the Medicaid rolls, an increase of 30%, and those numbers continue to climb as the PHE continues to be extended every 90 days.”

Ohio Medicaid and the pandemic

Ohio Medicaid currently has a “COVID-19 Unwinding” website, which states that once the federal government declares an end to the PHE, Medicaid will resume its normal eligibility review process.

“This means that all eligible Medicaid members will have to renew their Medicaid coverage or risk losing it,” the website warns before providing materials to prepare for the process.

The website calls it imperative that Medicaid members keep their contact information up to date county departments of job and family services and check their mail and respond to requests for information immediately.

The department’s most recent annual report, from 2021, points to the role of $2.4 billion in flexible federal relief dollars as having “strengthened the state’s fiscal outlook as well as its response to COVID-19.”

“These additional federal dollars provided Ohio, a substantial infusion of resources to meet pandemic response needs and build a stronger, and more balanced economy as the country recovers,” the report says.

Federal Medicaid match for every state was at least 50% before the pandemic, even as poorer states got more, such as Mississippi at nearly 78% — the highest match in the country.

Every state’s match was increased by 6.2% under the first federal COVID-19 relief package, with the caveat that states agree not to kick anyone off Medicaid while the public health emergency is in place, even if their income once again rises above the eligibility limit.

With 9 million Americans losing their jobs in the first year of the pandemic, many lost their employer health coverage and moved to Medicaid. The U.S. Centers for Medicare and Medicaid Services reports 14 million more Americans have enrolled in Medicaid since the pandemic began.

This is why Ohio and every other state must have every Medicaid member renew their coverage when the public emergency is declared over.

But, as Kaiser Health News reports, “Advocates fear that a shortened timeframe in Ohio or any other state will increase the likelihood of mistakes. Errors could cause many eligible enrollees to lose their Medicaid coverage. That happens frequently even in non-emergency times. Advocates also worry that states in a rush to lighten their Medicaid rolls could fail to connect newly ineligible residents to other coverage options.”

Through the pandemic, Ohio has had up to 3,276,630 probable cases of COVID under CDC guidelines, with 2,473,151 confirmed. The state does not track the results of rapid, at-home tests.