Most of the regulations proposed by Councilman David Mann would only apply to Airbnb sites an owner doesn't live in. They would require licensing, a 7-percent tax on rental receipts and a limit of three units per owner 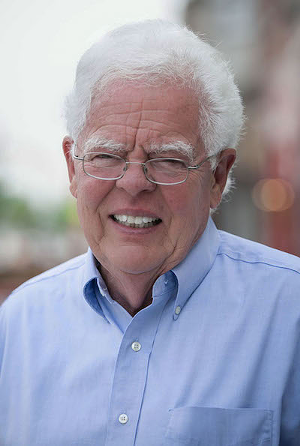 Operators of short-term rental units, including those offered on sites like Airbnb, could face new regulations soon if an ordinance by Councilman David Mann gets enough support on council.

Airbnb, and other sites like it, allow property owners to rent rooms or whole buildings for short-term stays, similar to a hotel. The companies don't own any real estate but simply broker the transaction between the owner and guest via an app or website in exchange for a small fee.

That can sometimes incentivize property owners, or investors who snatch up rental properties, to convert traditional houses or apartment buildings into full-time Airbnb sites, which in turn can displace residents and eat into a city's housing stock. Cities like Seattle, San Francisco, Philadelphia and New York have passed or attempted to pass restrictions on short-term rentals so they don't exacerbate housing shortages there.

Mann's proposed regulations, aimed at balancing the popularity of Airbnb and others with affordable housing availability in neighborhoods like Walnut Hills and Over-the-Rhine, would only apply to rentals less than 30 days and to operators who don't live in the buildings they're renting out. Critics of sites like Airbnb say they incentivize property owners to take their residential units off the long-term rental market in favor of renting them out to tourists, chipping away at housing availability.

Under the ordinance, those operating short-term rentals would be required to obtain a license to operate them. They would also have to pay a 7 percent tax on the money they make from the units, which would go toward funding affordable housing. Owners would be limited to three units they don't occupy, although current operators of Airbnbs would be grandfathered in and wouldn't have to abide that cap for units they already operate. The rules would apply to individuals or LLCs who own separate rental properties. Those renting rooms in their own homes would be exempt from the cap and licensing requirements, but would still have to register their units.

"My goal in crafting this ordinance is to strike a balance between preserving and funding affordable housing units and community in neighborhoods, encouraging tourism and entrepreneurship through short-term rentals, and ensuring that all visitors to Cincinnati are staying in units that are safe and up to code," Mann said about the proposal.

The ordinance adjusts an earlier proposal Mann released in March which sought to cap the number of days in a year an operator of a stand-alone Airbnb could rent out rooms. Mann changed parts of that proposal after considering feedback.

When putting forward the initial legislation, Mann acknowledged the "very real positive economic and tourism benefits" of sites like Airbnb and notes that owner-occupied housing isn’t included in the law, so if you’re just renting out the extra bedroom in your house you won’t need to change anything.

Cincinnati currently needs about 30,000 more units of housing that is affordable to its lowest-income residents, according to estimates from the Ohio Housing Finance Agency. Average rent in Cincinnati is roughly $900 a month, meaning landlords only need to rent out their properties on Airbnb at the city’s average rate of $100 a day for nine days to make the same return. The ordinance cites incidents in which Cincinnati landlords have evicted tenants to convert buildings into full-time Airbnb rentals.

Cincinnati has about 640 active Airbnb rentals with an average rent of roughly $100 a day, according to AIRDNA, which tracks rentals on the site by city. About 60 percent of those are rentals encompass an entire house, condo or apartment. The city has seen a 41 percent annual growth rate in those rentals in recent years.

In the 45202 area code, which covers downtown, Over-the-Rhine, and Mount Adams, there are more than 140 active rentals averaging a rate of $124 a day. Eighty one percent of those rentals are an entire building.

There are another roughly 30 Airbnb sites in area code 45206, which encompasses rapidly redeveloping Walnut Hills, and nearly 60 percent of them are entire-building rentals that would be subject to Mann’s ordinance. Those units average about $162 a day. That data doesn't include rentals on other, similar sites.

Under the ordinance, operating a non-owner occupied Airbnb property without a license, or violating the terms of that license, would constitute a fineable civil offense.