City Will Drop Big Bucks to Clean Up Big Mess

As interest in sustainability increases, officials are at odds over who is to blame and what can be learned from Compost Cincy 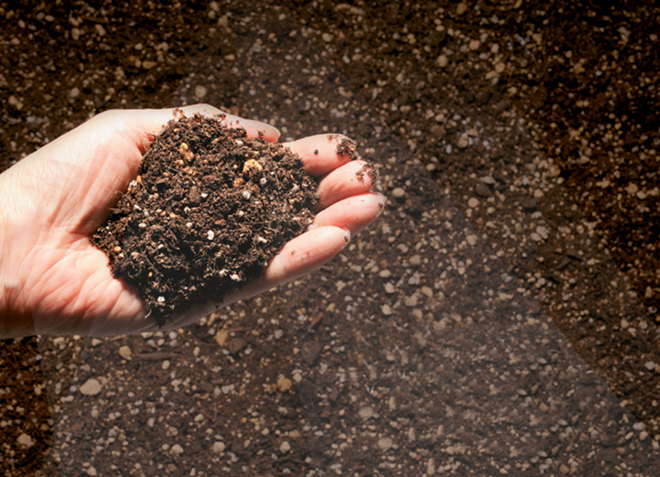 It’s probably safe to call 80,000 tons of rotting meat and vegetables a big mess. In fact, I don’t want to live in a world where such a thing doesn’t qualify for “big mess” status. The deeper issue is what can be learned from such a mess and who will be held responsible.

Council voted Oct. 15 to spend $300,000 to clean up Compost Cincy, a former composting company created in Winton Hills in 2012 with the help of the city’s Office of Environment and Sustainability (OES).

Neighbors of the site have complained for the past year of unbearable odors. The company closed its doors in October 2013, but the smell remained. Now, the city is left with the bill for cleaning it up.

Composting takes food waste, and by rotating it and controlling its decomposition, converts it into soil. San Francisco was the first city to institute a municipal program when it started collecting compostable waste in 1996. Today, the city collects more than 600 tons of waste a day for composting. A number of other cities, including Portland, Ore., Seattle, Boulder, Colo., and other generally progressive places also have programs. If composting isn’t done correctly, though, allowing for the correct mixture of air to reach the refuse, you just end up with a progressively worse smell.

That seems to be what happened with Compost Cincy. Since 2012, the company accumulated 45 code violations from the city and two EPA citations. The city refused to renew its lease last year due to complaints about odor. One factor at play may have been the fact the company was doing outdoor composting. Many compost facilities are located indoors as a way to mitigate odor creation.

The OES will cover $220,000 of the cost of clean up with its budget, with another $80,000 coming from city contingency account. Mayor John Cranley pinned a good deal of the blame for the project’s failure on the city office.

“The origin of this entire organization is to combat odor,” Cranley said during an Oct. 15 City Council meeting. “So it’s pretty embarrassing that it was this office that came up with this compost mess in the first place. It’s a nightmare for the people who have had to go through this for a year."

Council voted 9-0 to fund the clean up effort. But Cranley’s remarks created a good deal of controversy around the role of the organization and the city’s efforts to establish sustainability programs.

The official mission of the office goes beyond odor control. The OES is charged with leading sustainability efforts in the city. That includes redeveloping brownfield sites around the city, helping run Cincinnati’s recycling program and protecting the city’s air quality. Council members P.G. Sittenfeld, Yvette Simpson and Chris Seelbach all chimed in to support the office.

“I want to stick up for the Office of Environment because I don’t think it’s their fault, or that they were in any way trying to emit odors on purpose in our city,” Seelbach said at the meeting. “Composting is something that there is a large demand for. The business, Compost Cincy, was actually doing really well because lots of people wanted to bring their compost there and buy the soil that it produces.”

Seelbach said zoning was the big issue, something the OES doesn’t control. Simpson said that the Office of Trade and Development, not the OES, selected the site. She said the office needs more support.

“We need more resources to the offices of sustainability to so we can get at least 10 years behind,” Simpson said, noting that Cincinnati is falling short of sustainability efforts made in other, comparable cities. She acknowledged that Compost Cincy was "poorly executed" but said that wasn't the fault of OES.

She praised the city’s recycling program and said the city should support more sustainability efforts, not mock failures. She pointed out that council and the mayor have been willing to support other endeavors that don’t guarantee success.

“We’re going to continue to have conversations about whether the city should support small businesses, and we just invested $5 million in Cintrifuse, which runs start ups,” she said. “Some may work, some may not, some stay in the city and some may leave, but there’s no question we should spend money on that.”

Cranley also faulted other OES initiatives, including the city’s infamously unpopular one garbage can policy.

“This came out of the same organization that said we should have meatless Monday and all kinds of bad ideas,” he said. “It seems like we should not be funding organizations who then end up creating multi-hundred-thousand-dollar cleanups.”

Councilman Kevin Flynn also had pointed questions about the project, but from a different angle.

“If this was a good business, then why is the city having to pay $300,000 to clean up this mess?” he asked. “We need to be able to go after the money that resulted from these people paying for dropping off their waste and the money from the people who were buying the dirt created by that waste. Under our current policy, we don’t have that ability to do it.”

Flynn said the structure of the business and the city’s agreement with it mean that owner Grant Gibson may not be liable for cleanup costs. Gibson told The Cincinnati Enquirer he had sunk about $500,000 into the business.

Meanwhile, Compost Cincy’s website is still live, though it states that the company is shuttered. In a somewhat passive aggressive farewell message, the owners also put some blame on the zoning process for the company's problems, though they say, in the end, location doesn’t matter as much as the attitudes of a composting project's neighbors. The site’s farewell missive seems to claim it was sunk by unfounded fears about composting.

“If our society doesn't move faster towards actually being green and not talking about it, our planet will be 100 percent wrecked of natural resources in the very near future,” the site says. “With that said, make the changes necessary to your life.”