After the tragic death of a 16-year-old who was trapped in a van for hours after calling 911 twice, Cincinnati City Council today will mull problems with the city's Emergency Call Center 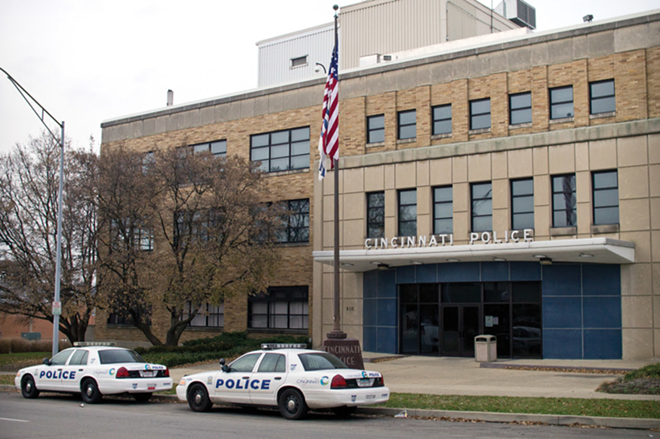 Hello all! A lot happened yesterday. Here are the highlights.

Cincinnati City Council removed one of the final hurdles for an FC Cincinnati stadium in the West End yesterday, voting 5-4 to provide more than $34 million in infrastructure help for the facility should FC Cincinnati win a Major League Soccer franchise. You can read the ins and outs of that deal — and the questions still around it — here.

• Speaking of FC Cincinnati, WLWT is reporting that we could know as soon as today whether the team scored that MLS slot. FCC is competing with Sacramento and Detroit for the last expansion franchise this year. If selected, the team would have to pay $150 million to join the league.

• Kentucky teachers rallied again late last week in response to a bill that would change the way the state’s public employee pension system works and a veto threat from Gov. Matt Bevin on other legislation fully funding the state’s education system. Thirty nine districts across the state, including some local districts, closed due to the rallies. Things got intense when Bevin slammed the rallying teachers by saying that students at those closed districts were sexually and physically abused because they couldn’t go to school. There’s been no evidence that happened, and Bevin later apologized for the remarks. You can read all about the complicated legislative maneuvers around education and pension funding, as well as the protests, here.

• The Cincinnati Enquirer scored the top national honor in journalism this week, winning the Pulitzer Prize for its story “Seven Days of Heroin,” which featured the work of 60 reporters across the region. More on the daily paper's award — its second Pulitzer — here.

• Cincinnati’s Red Bike has a new initiative looking to extend its bike shares to more low-income residents. Yesterday Red Bike announced its Go Pass, which will offer a $5 monthly membership to riders on SNAP, federal heat assistance or those who are clients of partner nonprofit organizations. The pass will give users unlimited 90-minute rides every month. Check out the full story about the new initiative here.

• The region’s historic Roebling Suspension Bridge will reopen to traffic May 1. The bridge, constructed in 1856 and designed by the architect who would go on to build the Brooklyn Bridge, was closed after a car wrecked into one of the bridge’s vertical structural elements March 20. The repairs necessary are slated to start tomorrow and are expected to cost roughly $62,000.

• Cincinnati City Council today will discuss in-depth the problems the city’s 911 call center experienced in the years prior to the tragic death of high school student Kyle Plush last week, and will mull potential solutions. It’s still somewhat unclear exactly what caused Plush to remain trapped under his Honda Odyssey’s third-row bench seat for hours, undiscovered by officers responding to his two 911 calls. It has been revealed, however, that the call center’s computers were having difficulties that day, that the operator responding to Plush’s second call may not have been able to hear him well, and that some vital information may not have been passed on to officers at the scene, who left without locating Plush.