The lengthy open letter addresses 13 areas of concern — particularly that the project wouldn't actually ease congestion between Covington and Cincinnati. 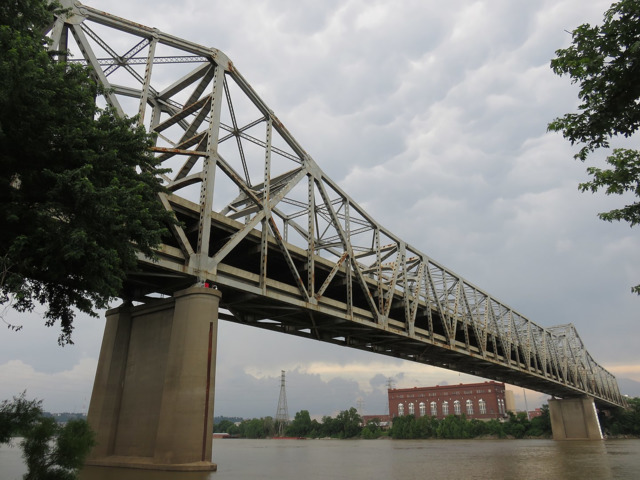 The Covington mayor and the city’s Board of Commissioners are not happy with plans for the Brent Spence Bridge.

In a scathing op-ed posted to the city’s website on March 10, the governing body says that current expansion and improvement plans for the bridge are full of “fatal flaws.”

“Times and circumstances have changed in the 20 years since the current plan was initiated. We ask highway planners to revisit their assumptions based on current circumstances and data and re-plan the project accordingly,” the board writes. “Address these objections. Be transparent about the financing mechanisms required. And then come to the table with a plan that’s good for us all, so together we can advocate for an improved transportation network for Northern Kentucky and Greater Cincinnati.”

The lengthy open letter addresses 13 areas of concern about the project, which has been under discussion or development in some form for about two decades. The costly, expansive project calls for a second bridge, among other things, but the plan’s current setup would not ease congestion between Cincinnati and Northern Kentucky, the board says.

“Kentuckians looking at spending $2.6+ billion to fix a problem whose solution has been discussed for decades have the right to expect that the problem will actually be fixed,” the board writes.

Supporters are trying to secure funds for the project.

The Brent Spence Bridge, a major connector between Cincinnati and Covington, has become less and less efficient for transportation over the years. A website for the bridge’s 2017 maintenance project states that the structure was originally built to carry 80,000-100,000 vehicles per day, but traffic in recent years has doubled to 160,000-180,000 vehicles each day.

In its 2021 “Top 100 Truck Bottlenecks” report, the American Transportation Research Institute finds that the I-71 and I-75 confluence at the Brent Spence Bridge is the second-worst in the entire country, three spots higher than in the 2020 ranking.

In November, the Brent Spence Bridge was closed for about six weeks due to two semi-trucks crashing and causing a chemical spill. The closure caused major disruptions for commuters across the region until it reopened on Dec. 22.

Portions of the Brent Spence Bridge will be closed for most of 2021 as the bridge undergoes painting and maintenance. The project began earlier this month.