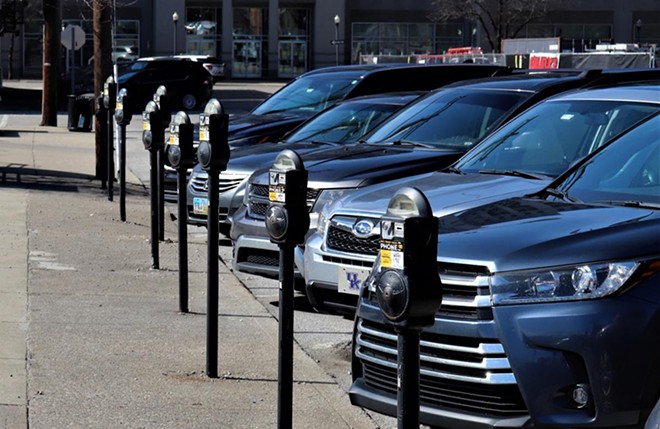 Photo: City of Covington
Parking meters will now be in effect until 9 p.m. Monday through Saturday.

Covington announced this week that it is changing the hours it enforces its parking meters. Meters will now be in effect  8 a.m. -9 p.m. Monday through Saturday, as compared to previous hours until 5 p.m. weekdays.

The city of Covington says the changes take effect immediately, "although there will be a grace period — i.e. 'courtesy tickets' or warnings — as the public gets used to the new rules and the meters are recalibrated and relabeled," according to a release.

Covington's Board of Commissioners voted on the changes Tuesday night. They also voted to increase monthly passes at some garages and lots by $5 and hired an executive director — Kyle Snyder, who is also Covington's infrastructure development specialist — to oversee the parking authority and "help the city take a more strategic and analytical approach to its parking challenges."

The city says these changes were needed, in part to help independent businesses in the area, who were complaining "about spots being monopolized by drivers who leave their cars parked throughout the weekend and evening hours," says the release.

“We definitely need more parking garage space, and we need to upgrade amenities, such as kiosks,” Covington City Manager Ken Smith says in the release. “But you can’t modernize or add facilities and options without revenue, and we’ve been falling behind.”

Smith went on to say the area's "perceived lack of parking" isn't real and that people shouldn't expect to be able to park right in front of the restaurant or bar they are visiting.

“On-street parking is a commodity, clear and simple,” Smith says. “We have a lot of parking downtown, if you know where to look, but there will never be enough spots along a busy street to accommodate three to four cars per household, plus visitors, plus customers going in and out of stores.”

He says the parking changes reflect Covington's recent growth and popularity as a dining and shopping destination. “If you have an abundance of parking downtown, that’s a sign of a ‘dead’ city,'” he says.

Covington says parking updates and information will be posted to covingtonky.gov.