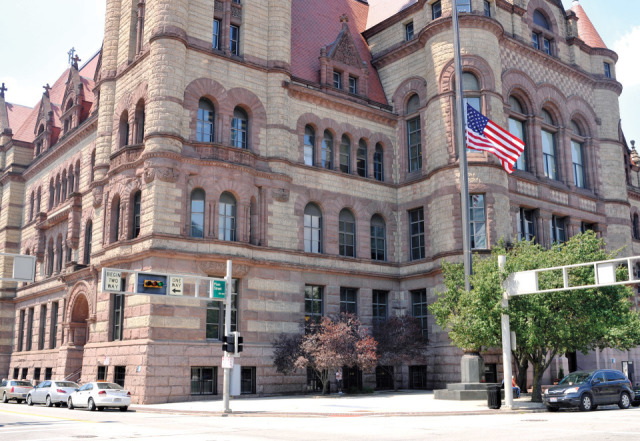 That budget set the rate for property taxes in the city at 5.6 mills. Though the rate is the same as last year's, it could bring in more property tax revenue this year due to new development and other economic activity, violating a policy passed more than 15 years ago that requires the city to hold the amount of property taxes it collects at a preset level. However, there is some uncertainty about how much the rate would actually collect due to the number of tax abatements and special tax districts the city has given to developers in the past year.

In some ways, the issue around the tax rate springs from the unusual way in which the city collects property taxes, which this Cincinnati Business Courier story explores. A boost in the amount of tax revenues the city collects would violate the aim of Cincinnati's property tax rollback, passed amid pressure from conservative groups in 1999. The measure stipulates that the city must collect the same dollar amount of property taxes each year — $28.9 million — regardless of inflation or other changes.  As inflation inches up, that means the city is actually collecting less property tax each year. No other major Ohio city has a similar measure.

Critics say that has unnecessarily constrained the city's budget and made it more difficult to provide basic services for a now-growing (if only slightly) population. But proponents say it has saved taxpayers money. Some on City Council, including Vice Mayor David Mann, have suggested reevaluating the policy.

Since its passage, the rollback has meant nearly $95 million less going into the city's coffers. While that saves average homeowners some cash, the biggest benefit goes to larger, commercial property owners with higher land values, many of whom have also received large tax abatements from the city in recent years.

Hamilton County Auditor Dusty Rhodes projected a .71 percent increase in property tax receipts to by the city this year and proposed a 5.52 mill rate. None of that boost comes from higher appraisal values. The last property tax appraisal happened in 2011, with an update in 2014. The next reappraisal of property values won't start until 2017.

But some on Cincinnati City Council say that doesn't take into account those tax abatements and tax increment financing districts many new developments and property improvements in the city received. Thus, setting the millage at 5.52 could cause the city to undershoot its $28.9 million goal.

A mill is 1/1000th of a dollar. Property taxes are calculated by taking the assessed value of a home (which is 35 percent of the home's market value), multiplying it by the millage rate, and factoring in any exemptions or abatements. The owner of a $100,000 home would pay $196 in property taxes next year under the 5.6 mill rate and $193.20 under the 5.52 rate.

Overall, the higher rate will bring in a few hundred thousand dollars more next year. What is as yet unknown is what that exact number will be.

Council passed the budget 6-3, enough votes to override the mayor's veto. Council independent Christopher Smitherman and Republicans Amy Murray and Wendell Young voted against it. Charterite Kevin Flynn voted for the measure, citing the question of abatements, but is generally against tax increases and could swing back.

Councilwoman Yvette Simpson said that in trying fiscal times, the city would be better off setting the rate slightly higher so it doesn't end up with a hole in its budget, citing a Cincinnati City Administration-forecast $14 million gap between expenditures and tax revenues next year.

Other Democrats on Council echoed that sentiment and challenged the notion that the tax budget they passed represented a "stealth tax increase." Councilman Chris Seelbach took to social media to dispute that characterization, which was echoed by a headline in The Cincinnati Enquirer.

Council must pass a tax budget by Jan. 15 in order to be on track to pass its annual budget. One possible compromise: A budget that asks the Hamilton County Auditor to set the millage rate for the city at whatever level will generate the $28.9 million. The Auditor would then set that rate after gathering more data.