"We thought, if it worked last year, why not try again this year," Who Deyton mayor Ben Baker says.

A Northern Kentucky city is giving a big "WHO DEY" once again.

On Jan. 18, Dayton, Kentucky mayor Ben Baker issued a proclamation that the city would now be known Who Deyton as the Cincinnati Bengals prepare to take on the Buffalo Bills in the AFC divisional round on the way to another Super Bowl. Dayton – excuse us... Who Deyton – did the same in 2022, beginning when the Bengals took on the Tennessee Titans in the AFC divisional round and continuing through the team's miraculous second-place finish for the Lombardi Trophy.

According to a release from city administrator Jay Fossett, Baker signed the proclamation in orange ink.

“Last year, after the Bengals won their first playoff game, we decided to rename our city as Who Deyton as a fun way to celebrate the Bengals’ first postseason victory in many years with our residents and the rest of the Who Deyton Nation,” Baker says in the release. “Being a little superstitious, we thought, if it worked last year, why not try again this year.”

Cincinnati Bengals to Return to Division Cage Match Jan. 22: With Damar Hamlin out of the woods, a rematch with the Buffalo Bills will add some poignancy to the divisional bout.


The city also has changed its logo to orange, updated its website to something more befitting of a jungle cat, installed Bengals signs at city boundaries and is bathing city hall in orange light at night. Who Deyton postcards are for sale at city hall, and a cutout of Bengals quarterback Joe Burrow is peeking out of the windows of the Tharp Dayton Heritage Museum.

Dayton's history with the Bengals involves more than its proximity to Cincinnati, the press release says. The 1937 Bengals held their first workout in the city's Tacoma Park; later that year, the team also held its first scrimmage at O.W. Davis Field.

Who Deyton's actions are a taste of what's to come in Greater Cincinnati as the Bengals continue to push for Super Bowl glory once again. On Feb. 13, 2022, the Bengals lost 20-23 to the Los Angeles Rams in Super Bowl LVI, just mere minutes from taking it all. Cincinnati's first shot at the Vince Lombardi trophy since 1989 came after earning a 10-7 record for the 2021-2022 regular season, winning the AFC North, and pulling out magical win after magical win in the postseason — including the AFC Championship. The 2021-2022 Bengals team let Cincinnati fans dare to dream again after years of constant loss, leading to the most-watched Super Bowl in the five previous years. Leading up to the game, businesses and organizations throughout Greater Cincinnati plastered their buildings with Bengals signs, Cincinnati City Hall flew a giant Bengals flag, Cheviot changed its street signs to Bengals names, and Ohio Gov. Mike DeWine declared that Super Bowl Sunday would be called Cincinnati Bengals Day.

The Bengals are hoping to reclaim last season's playoff magic when the team takes on the Buffalo Bills in the AFC divisional round. Kickoff is at 6:30 p.m. Jan. 22 at the Bills' Highmark Stadium. The game will be broadcast on CBS and Paramount+. 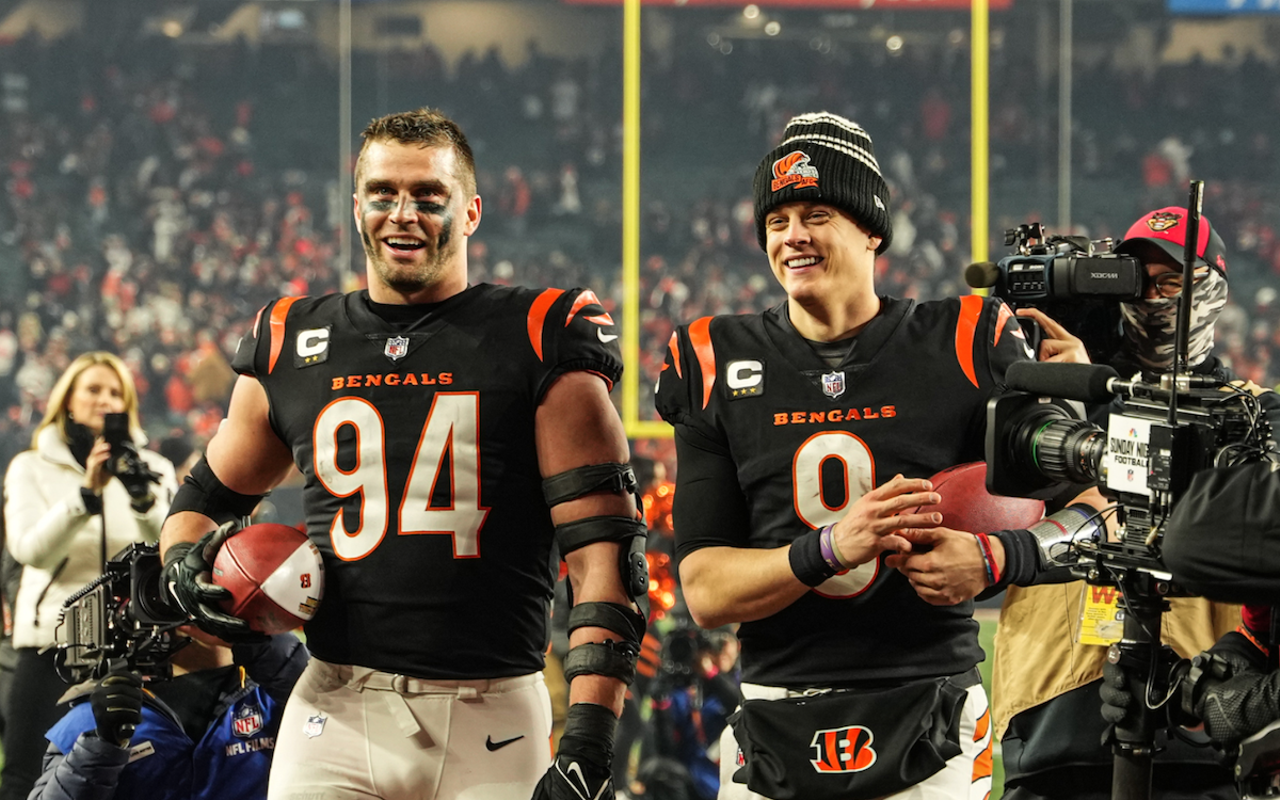 Thank Homegrown Sam Hubbard for Sending Cincinnati Bengals to AFC Divisional Bout: "It was unbelievable," Hubbard marveled after the game.


The Bengals are riding a big wave of momentum after beating the Baltimore Ravens in two straight games, winning 27-16 in the regular-season finale on Jan. 8 and 24-17 in the AFC Wild Card game, which featured homegrown defensive end Sam Hubbard's amazing 98-yard score on a fumble return.

Now, a rematch with the Buffalo Bills looms for the AFC divisional round – one that the teams hopefully will finish without incident. The Bengals and Bills last met in Cincy on Jan. 2, when the Bengals were up 7-3 in the first quarter when Bills safety Damar Hamlin collapsed from cardiac arrest. Hamlin was given CPR for nine minutes before being taken away in an ambulance and intubated at University of Cincinnati Medical Center. The NFL first suspended and then postponed that game after a meeting among officials and both teams' coaches. Hamlin continued recovering at UC Medical Center and recently returned to Buffalo.


The road to Super Bowl LVII

18 Incredible Sports Moments from 2022 that Cincinnati Won’t Forget, for Better or for Worse 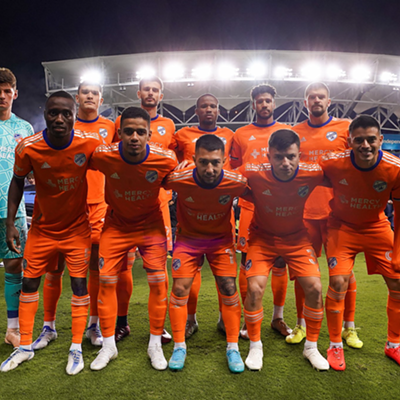