As advocates push for more sweeping releases to prevent further deaths, the Ohio Supreme Court dismissed a legal challenge to the state from an Ohio inmate who is HIV positive and seeking release from prison 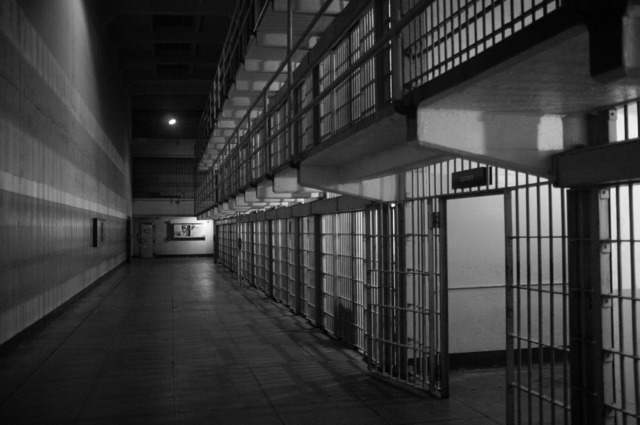 As the pandemic coronavirus continues to spread in some Ohio prisons, causing a number of illnesses and three deaths, Ohio Gov. Mike DeWine yesterday said he has authorized the release of 105 inmates who are near the end of their sentences.

More releases could be coming, DeWine said, but at a deliberative pace.

Meanwhile, the Ohio Supreme Court today declined a high-profile legal challenge brought by Derek Lichtenwalter, an HIV-positive inmate in the Belmont Correctional Institution who filed a complaint against the state March 19 seeking release from the prison. Lichtenwalter claims that there is no way to maintain social distancing there. Lichtenwalter is serving 30 months for leading police on a vehicular pursuit that lasted an hour.

"Bed areas are so crowded that I am within three feet of at least twelve people and those twelve are in the same position this means that there are 126 people in my ‘dorm’ that are within 3-4 feet of each other," Lichtenwalter's complaint reads. “The common areas are overcrowded and what this means is once it gets to the prison it will be spread quickly through the population.”

Despite the court's action dismissing the challenge, at least one justice had sharp words for the state about its response regarding prisons during the COVID-19 crisis

Confirmed cases of the virus that causes COVID-19, a respiratory illness that is sometimes fatal, have shot up to 273 across Ohio's prison system — an 80 percent increase from last week.

Almost half of those cases — 132 — are at the state's Pickaway Correctional Institution near Columbus. Three inmates have died at that facility, and many have been taken to a nearby hospital. Pickaway has seen an 80 percent increase in cases in recent days, according to the Ohio Department of Rehabilitation and Correction.

At least 159 Ohio correctional employees have also caught the virus, according to ODRC.

The inmates cleared for release will add to a small decrease in Ohio's prison population. DeWine yesterday said that last week, the number of inmates in the state's prisons decreased by 311 people. That drop, mostly accomplished through changes in sentencing from judges, represents a small fraction of the state's roughly 49,000 inmates, however.

"Prisons are not Constitution-free zones," the ACLU of Ohio tweeted yesterday in response to the announcement that three have died in Ohio's Pickaway prison. "Time is of the essence, and every day that goes by allows this disease to spread both inside and outside the prison walls. Further delay will result in further death."

The ACLU was a party in Lichtenwalter's now-dismissed challenge before the Ohio Supreme Court.

DeWine's release of the 105 inmates comes after approval from the state's Correctional Institution Inspection Committee. Those inmates had to fit a number of criteria: nonviolent offenders who do not have warrants in other states or significant prison rule violations on their records and who are within 90 days of their scheduled release. DeWine's administration recommended 141 inmates who fit those criteria, plus another 26 nonviolent offenders over the age of 60 who have medical conditions that make them more vulnerable to the virus.

DeWine indicated at his daily briefing yesterday that more releases could be coming as eligible inmates approach the 90-day threshold. Those inmates will be screened for the virus prior to release, DeWine said.

"I have authorized The Ohio Department of Rehabilitation and Correction to continue to use this criteria every day as more people qualify for release within 90 days to identify other inmates who may qualify for release under the limited overcrowding statute," he said.

Today, the Ohio Supreme Court agreed with a motion by Ohio Attorney General Dave Yost to dismiss a complaint by HIV-positive inmate Lichtenwalter seeking release from prison. In its decision, the high court said it did not have the power to compel DeWine or the state legislature to order the prisoner's release under the specific legal action he had taken. But at least one Justice, Michael Donnelly, also had very strong words for the governor and Ohio's General Assembly about the state's prisons related to the crisis.

"I hope that petitioner and others in Ohio do not see today’s decision as the judiciary’s throwing up its hands and claiming that there is nothing that it can do," Donnelly wrote in an opinion concurring with the court's decision. "The whole of Ohio’s government needs to take serious, unprecedented steps to prevent the catastrophe of unmitigated spread of COVID-19 to the tens of thousands of prisoners in Ohio as well as to the tens of thousands of people who are prison employees along with those living in the households of prison employees. Ohio’s executive branch, including the governor, the Department of Rehabilitation and Correction, the Adult Parole Authority, and the Correctional Institution Inspection Committee collectively have broad authority to take an assortment of steps to prevent such a catastrophe."