Both candidates answered a range of questions from reporters on Aug. 26.


Nan Whaley wants a debate with the governor. But will Mike DeWine go toe to toe with his Democratic challenger? He repeatedly avoided a clear answer on the subject on Friday, Aug. 26.

“We’ll see. I suspect there will be joint appearances that some of the newspapers will be having, those will be available to people to watch live,” he said to reporters after a speech. “I’m out every day talking with the people in the state of Ohio. There has been no governor that has had more press conferences than I have.”

DeWine said voters have his years of governor with which to evaluate him. Whaley, a former mayor of Dayton and Ohio’s first woman to run for governor on a major party ticket, said she’s all in. 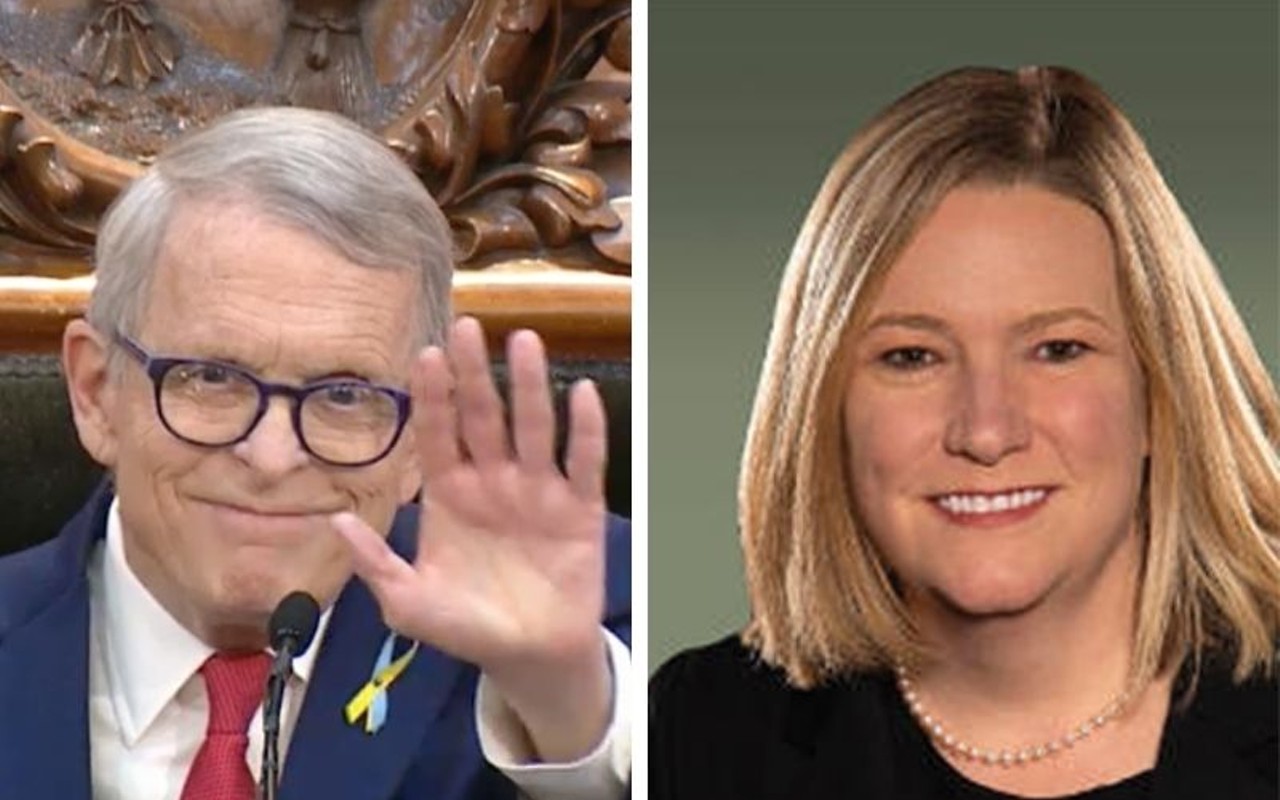 Experts: Nan Whaley Might Actually Have a Shot Against Gov. Mike DeWine in November: “Without a doubt [DeWine's] vulnerable. And that vulnerability comes from a lack of enthusiasm among the Republican base.”


She said DeWine is afraid of the public learning about his anti-abortion stances or his 2019 signing of legislation that’s now at the center of a criminal bribery investigation into both FirstEnergy Corp. and the former Speaker of the Ohio House.

“He knows those answers aren’t good for him,” she said. “We’re ready to go. You name the time and place and we’ll be there.” Invitations to the governor from both Nexstar Media Group, which operates several news stations in Ohio, and the Ohio Debate Commission await final answers. “Voters are entitled to get information from candidates they can trust,” she said. “High quality debates with skilled moderators tend to be able to produce that kind of content.”

She said the newspaper editorial board meetings DeWine cited — which typically consist of editors, opinion contributors and reporters at a publication asking questions of one or both candidates — don’t cut it.

“They’re worthwhile, but they’re not a substitute for a debate,” she said.

Both candidates answered a range of questions from reporters on other subjects on Aug. 26.

Last year, the governor signed legislation that essentially creates new veto power for county governments against wind and solar developments. No such power exists for fossil fuel projects. The Ohio Capital Journal reported last week that 10 Ohio counties have since passed partial bans of the renewables.

“Well, that means 78 have not,” DeWine said. “Look, these are local communities making decisions. We are a local government state, where people locally have the right to express their opinion.”


Under a law DeWine signed in 2019, Ohioans subsidize the losses of two coal plants — one in Ohio and one in Indiana — incurred by three investor-owned utility companies in Ohio. Ratepayers have spent $173 million on the coal subsidies to date since Jan. 1, 2020. DeWine defended the nuclear bailouts in the law (now the subject of a criminal investigation) but suggested the coal subsidies are a bad idea.

“You know, as far as subsidizing any facility outside the state of Ohio, there’s no reason we should be doing that at all,” he said.

On President Joe Biden’s recently announced plan to forgive $10,000 to $20,000 of student loan debt, he said it’s a difficult question. He suggested finding ways to make college more affordable would be more prudent.

“I have certainly talked to enough former students who have a debt that’s a very significant burden to them,” he said. “On the other hand, you know, I have a fear about additional inflation. This is a ton of money to be dumping into the economy. So I worry about that, inflation is a very cruel tax and it’s usually felt the hardest by people who are poor.”

During her speech and in answering questions with reporters, Whaley repeatedly referred to an ”illegitimate state government” — a reference to Ohio’s legislative and congressional maps, which have been repeatedly deemed to be unlawful gerrymanders by the Ohio Supreme Court but are in effect in 2022 regardless.

She expressed her support for policies to reduce gun violence like requiring background checks for all gun sales. She contrasted this with the governor, who signed into law a bill that expands the right to shoot to kill in self-defense, another that removed training requirements for adults to carry a concealed weapon, and a third that allows teachers to carry a gun in the classroom.

She said DeWine caved to the “extremism” within his own party, after making little effort to pass a modest gun safety package of his own.

“Nine people dead in Dayton wasn’t worth the political risk for Mike DeWine,” she said, referring to the 2019 mass shooting.

Whaley criticized DeWine for the whipsaw pace with which Ohio moved in federal court to enact a roughly six-week abortion ban after the Supreme Court reversed its prior holding protecting women’s right to abortion access.

She also mentioned his comments reported in the Columbus Dispatch that we should “go as far as we can” restricting abortion. She said these restrictions are going to deter women from moving to Ohio to work.

“Women have choices of where to live and where to work,” she said. “If you are 20 to 40 years old, why would you choose to live in Ohio if he wants to go as far as possible on abortion access? Why would you want to live in a state where you might die on the operating table because your doctor cannot provide the services that you need?”