DeWine: Ohio Should End Statute of Limitations on Rape Cases in Wake of OSU Strauss Report

Ohio Gov. Mike DeWine also called for the creation of a working group that will review the full, un-redacted report on allegations of sexual abuse by OSU team doctor Richard Strauss to determine whether the state's medical board handled them appropriatel 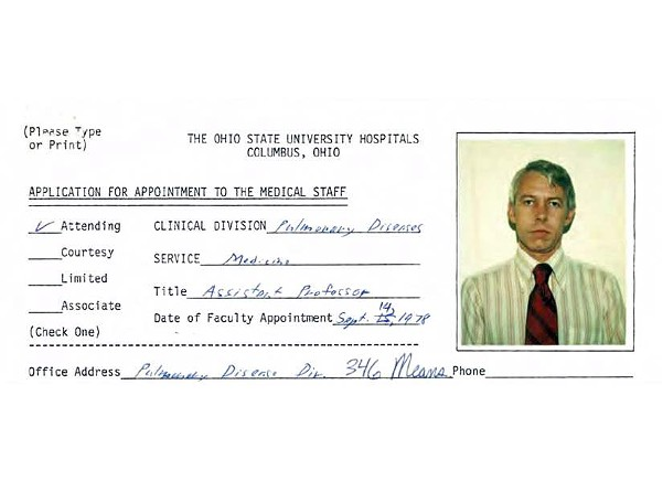 Ohio Gov. Mike DeWine today suggested that the state should end its criminal statute of limitations on rape cases and other instances of sexual assault in the wake of a report saying that a now-deceased team doctor at the Ohio State University sexually abused at least 177 patients.

A report released by the university this week undertaken by independent investigators suggests that former OSU team doctor Richard Strauss sexually assaulted athletes and others at a campus health center and off-campus clinic between 1979 and 1998.

"How furious would the public be today if this man was still alive and could not be prosecuted?" DeWine asked at a news conference about the changes today. "I think people would be furious. We know from all the evidence, all the studies, that many times victims never come forward. Many times they can't come forward. The laws should be different in regard to the statute of limitations for sexual assault than it is for other crimes."

DeWine also encouraged the Ohio General Assembly to reconsider the statutes of limitations for misdemeanor sex crimes and civil actions regarding sexual assault, all of which currently are as little as one or two years.

The governor also signed an executive order establishing a working group to review the Strauss report, including information redacted on the Strauss reports by Ohio's State Medical Board. The group will assess the actions of the medical board to assure they were adequate in relation to the accusations.

“What did they know? When did they know that? What did they do about it? We don’t know," DeWine said. "I find that unacceptable… the public has a right to know exactly what went on with the state medical board.”

DeWine said today that he believed the allegations against Strauss were not reported to state officials until 1996.

The Strauss investigation came after a series of lawsuits against OSU alleging the abuse. Some of the plaintiffs in those lawsuits say that more than 20 school officials — from athletic directors to now-U.S. Rep. Jim Jordan, at one time an OSU assistant wrestling coach — knew about Strauss' actions. Jordan has denied knowledge of the incidents. Neither he nor the school's wrestling program are mentioned in the report released today, though many passages are redacted.

"The report concludes that university personnel at the time had knowledge of complaints and concerns about Strauss’ conduct as early as 1979 but failed to investigate or act meaningfully," a statement from OSU reads. "In 1996, Ohio State removed Strauss from his role as a physician in both the Department of Athletics and Student Health Services. His actions were reported to the State Medical Board of Ohio that same year. The report found that the university failed to report Strauss’ conduct to law enforcement. He was allowed to voluntarily retire in 1998 with emeritus status."

The two primary and related lawsuits against the school are headed to mediation under U.S. District Court Judge Michael Barrett. In the meantime, the U.S. Department of Education's Civil Rights Office is investigating whether OSU looked into allegations against Strauss in a timely manner.

Strauss killed himself 2005. OSU says it is in the process of revoking his emeritus status.