It's not an emergency 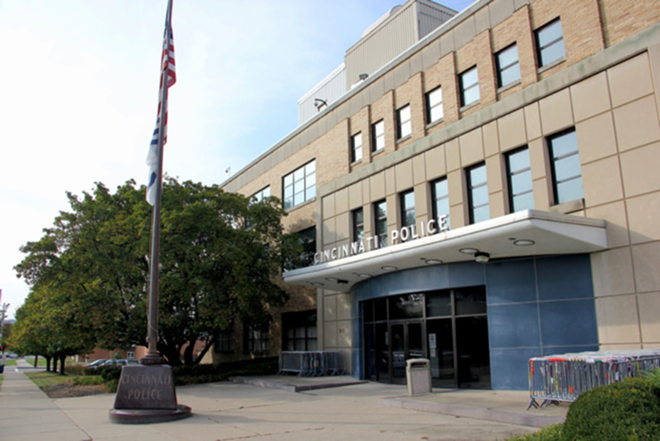 The City of Cincinnati and the entirety of both Hamilton and Butler counties have mask mandates that are now in effect. Basically, you have to wear a mask in public — inside — and outside if you can't socially distance, with some exceptions.

So, who is enforcing the new rule? Local health departments, that's who.

And that's who you need to call if you see some kind of wildly flagrant mask-wearing violation. Large groups of strangers sitting in a close circle coughing and licking each other while sweating out a fever? Maybe call the health department. A party of 22 rubbing their bare faces on an unattended salad bar inside a restaurant? Call the health department. Someone on the bus who seems like they forgot their mask? Maybe don't.

According to the Ohio Department of Health order (which is pretty much the same as the City of Cincinnati order), here's where and when you need to wear a mask in Hamilton and Butler county:

Here's when you don't:

You must wear a face mask until the counties are no longer classified as a Level 3: Red county under the new Public Health Advisory Alert System.

The City of Cincinnati's mask ordinance will last as long as the mayor's Declaration of Emergency is in effect. Mayor Cranley issued that June 29, 2020. Violating the city ordinance can result in a civil, not criminal, charge punishable by a $25 fine.

The city ordinance empowers the Cincinnati Health Department to enforce the law. Those wishing to report noncompliance are asked to call the Health Department at 513-357-7200 instead of calling the police. The health department will first offer a mask to someone who is not wearing one. If you refuse, then you'll be issued a citation. (If you get a fine and you want to appeal it, you can do so at the Office of Administrative Hearings.)

In a press briefing on July 8, Interim Hamilton County Public Health Commissioner Greg Kesterman said, "I think it's really important to realize when the governor rolled this out a couple days ago, he didn't call this a mask enforcement mandate, he called this a mandate to wear masks. The word 'enforcement' is really just one piece of the entire puzzle for getting compliance."

He says his team has always been about education over enforcement.

"Our goal has been to work with individuals to help them understand what is required to get through this pandemic," he says, adding anyone who doesn't have a mask, they'll give a mask.

In Butler County, it's unclear how the order will be enforced at this time.

"I am not the mask police. I am not going to enforce any mask wearing," said Butler County Sheriff Richard K. Jones. "That is not my responsibility. That is not my job. People should be able to make that choice themselves."

"If someone's sick, I can understand the mask wearing. But for all of us to have to have your temperature taken, to have to wear a mask, where's it going to stop?" he added.

Butler County Health Commissioner Jennifer Bailer also said it's a fluid situation about how her health department would be enforcing the mask ordinance. And the health department posted on Facebook, "We will take all complaints from the public about persons not wearing masks, and will follow up as we are able."

Butler County is also handing out free masks at fire stations and some local businesses.

Norwood Police Department also asked the public not to call them about mask enforcement. And they too have helped hand out free face masks from a Norwood citizen.

"We also want to make sure people understand that the NPD is 100% in favor of wearing a face mask or shield," they wrote in a Facebook post.

"This is a order issued by the Ohio Department of Health. Therefore it is a health related order and will not be enforced by the NPD. We ask that you not call our emergency communication center to report violations of this order. It would be extremely easy to inundate our call center with non emergency calls, while placing true emergencies on hold."

Today we will be helping a Norwood citizen disseminate face masks. She will be set up in the City of Norwood public...