The team says the FC Cincinnati Foundation will use soccer as a "catalyst" to serve disadvantaged youth, focusing first on the West End 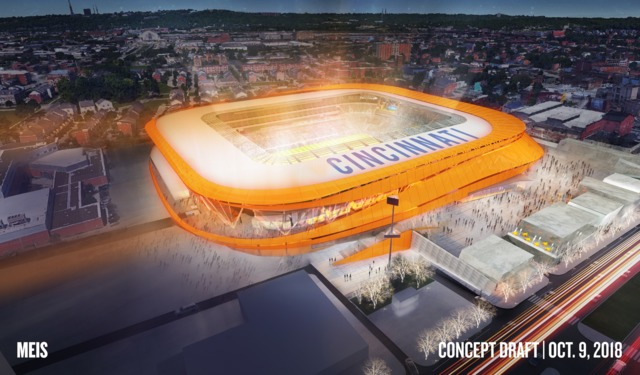 FC Cincinnati announced today that it is launching a 501(c)3 foundation as the team’s nonprofit charitable arm.

The foundation will focus its efforts at first in the West End, where its coming Major League Soccer stadium will be located, and, according to a news release today, “will use soccer as its driving catalyst by reinforcing character values and improved health and wellness for children who may not otherwise have access to such support.”

From there, the foundation plans to spread out across Greater Cincinnati.

“The formation of the FC Cincinnati Foundation cements our commitment to the Cincinnati community at large, and specifically the West End. We’re very excited about the good we can do, both on our own and by galvanizing our larger community of fans and partners to better our beloved city,” FC Cincinnati Managing Owner and CEO Carl H. Lindner III said in a news release announcing the foundation today.

The foundation will continue already-existing community service activities and support for West End youth soccer teams and other programs, and will also tie in with MLS-wide charitable efforts.

FC Cincinnati Vice President of Community Relations Kate Solomon will serve as Executive Director of the FC Cincinnati Foundation. The foundation’s board of directors has yet to be named.

“We have aggressive goals for year one of the FC Cincinnati Foundation and we’re thrilled to have such amazing challenges ahead of us,” Solomon said in a statement announcing the foundation today. “Cincinnati — and especially FC Cincinnati supporters — have proven to be key drivers in our community efforts. We wouldn’t be so confident in our ability to tackle such big goals without our fans’ and region’s support behind us.”