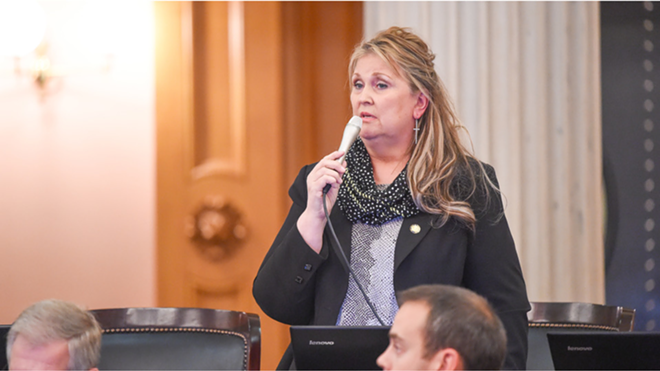 A federal judge has blocked the implementation of SB32, otherwise known as Ohio's heartbeat bill, saying that it violates a woman's constitutional right to an abortion.

Judge Michael Barrett cited a variety of factors in his ruling, most notably that many women do not even know they are pregnant at the six-week mark when a fetal heartbeat can be detected, along with the various hoops, both logistical and lawful, that a woman must jump through to even have an abortion, and that the six-week cutoff amounts to a ban on almost 90 percent of abortions.

"This Court concludes that S.B. 23 places an 'undue burden' on a woman’s right to choose a pre-viability abortion," Barrett wrote. "To the extent that the State of Ohio 'is making a deliberate effort to overturn Roe [v.Wade] and established constitutional precedent... those arguments must be made to a higher court."

In a press release, Kersha Deibel, President and CEO of Planned Parenthood Southwest Ohio, said, “We’re pleased that the court saw through this blatant attempt to cut Ohioans off from access to reproductive health care and ban safe, legal abortion in the state. At six weeks, most people don’t even know they’re pregnant. This law would effectively take away a person’s right to make their own medical decisions before they even know there’s a decision to make.

"When politicians attack health care, they disproportionately impact people of color, women, the LGBTQ community and young people. Access to health care should not depend on who you are, where you live, or how much money you make. Politicians have no right to dictate personal medical decisions and we will not stand for it."

Proponents of the bill had expected the intervention, and as Ohio and other GOP-led states pass similar legislation, they eagerly await a battle in that higher court.

The injunction prevents the bill from going into effect, which it was slated to do on July 11. (Read the full ruling here.)

Elizabeth Watson, Staff Attorney with the ACLU Reproductive Freedom Project, said in the press release, “Let this victory for Ohio women stand as a reminder that these attacks on abortion access are illegal. We will continue to work within the courts to hold anti-abortion state legislators accountable as long as they abuse their power to push abortion out of reach."

The law would have been one of the most restrictive in the country, making it a fifth-degree felony punishable by a year in prison for a physician to perform an abortion after a fetal heartbeat is detected. The law contains no exceptions for rape or incest, though it does allow abortions when a mother's life is in danger due to her pregnancy.

Middletown State Rep. Candice Keller sponsored the bill in the Ohio House. She says the aim of the legislation is simple: demonstrate that the laws can withstand legal scrutiny and protect the lives of the unborn.

"After nine years of waiting, it is time," she told the House Health Committee, of which she is a member, in February.

Courts have struck down similar heartbeat laws in other states, including North Dakota and Iowa, as recently as January. Federal courts have declared the laws violate the constitution.

"Ultimately, this will work its way up to the United States Supreme Court," Governor Mike DeWine told conservative radio host Hugh Hewitt earlier this year. "And they’ll make that decision.”