The investigation came after the 2020 police killing of Breonna Taylor.

The findings of a wide-ranging Department of Justice investigation into the Louisville Metro Department of Police are expected “in the coming weeks,” the city’s mayor and police chief said in an op-ed published by The Courier Journal on Wednesday.

“In the coming weeks, we expect the DOJ will release its investigation letter so we can compare its findings to the work we have completed and get to work on open issues,” wrote Mayor Greg Fischer and LMPD Chief Erika Shields in the Courier-Journal op-ed.

The DOJ announced its investigation into LMPD in April of last year, saying they were looking into whether the department “engages in a pattern or practice of using unreasonable force” and “whether LMPD engages in unconstitutional stops, searches, and seizures; as well as whether the department unlawfully executes search warrants on private homes.” 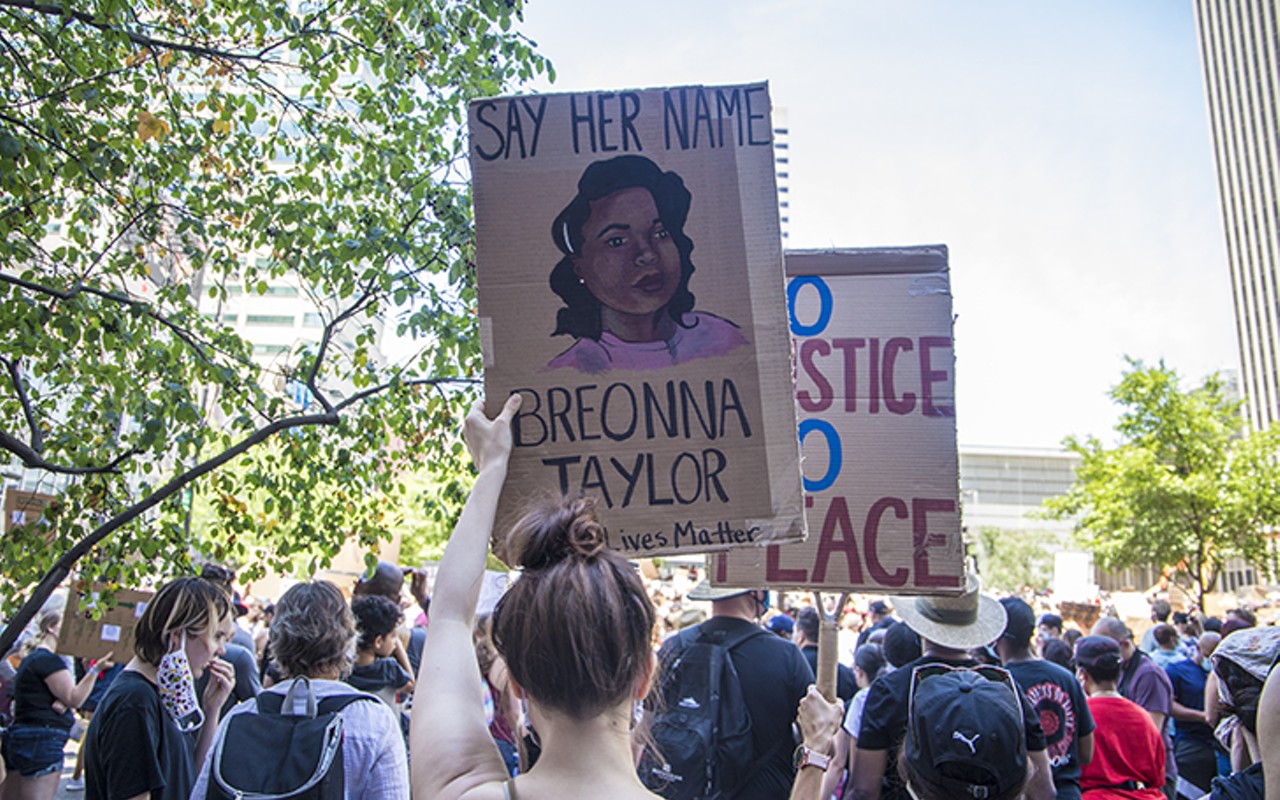 The investigation came after the 2020 police killing of Breonna Taylor and a heavy-handed LMPD response to protesters who later took to the streets as a result of her death. It is widely expected that, as a result of the DOJ findings, LMPD will come under federal consent decree, a monitored agreement between the city and federal government that would see changes to the way the police department operates.

Wednesday’s op-ed, and a separate press release from the mayor’s office, touted numerous reforms undertaken by the city and LMPD since Taylor’s killing, including the hiring of a “reform-minded” chief in Shields, the addition of an “Accountability and Improvement Bureau” to LMPD and the creation of the Office of the Inspector General, which has the ability to investigate alleged police misconduct. Officer Involved In Breonna Taylor Shooting Splits from Publisher After Company Refused to Distribute Book: Simon & Schuster dropped the distribution of Jonathan Mattingly’s book in April after public backlash to the news. A petition demanding that they cancel the book deal received over 46,000 signatures.

“In April 2021, when the Department of Justice announced its investigation into LMPD, we committed to full cooperation. But we have not waited on the DOJ findings to continue our reforms,” the op-ed read.

City officials have previously said that by getting ahead of reforms, Louisville could shorten a potential consent decree. Consent decrees frequently drag on for years, straining the patience of the public, city government and police; the New Orleans Police Department has been under one for a decade.

The op-ed from the mayor and police chief also appeared to express gratitude towards the protesters who took to the street following Taylor’s killing.

“Our thanks also to the people who never stopped demanding justice for Breonna Taylor. They ensured her name will live as a symbol of the never-ending quest for justice and strong police-community relations,” they said.

However, friction between the community and LMPD has lingered as more details about officer misconduct have continued to emerge, with six former officers being hit with federal charges this year alone.

Last month, four former LMPD officers were federally charged in relation to Taylor’s killing. So far, one of those officers, Detective Kelly Goodlett, has plead guilty, admitting that she and another officer knowingly lied in the warrant application for Taylor’s apartment.

A pattern of bad behavior from Louisville Police

Another two officers are set to be sentenced later this month on federal charges for incidents where they allegedly threw drinks at pedestrians from unmarked police cars and filmed their exploits. One of those officers was also charged with hacking computer applications of six women and extracting compromising photographs. He would then contact the women via text message and threaten to publish the photos if they did not provide him with more. And in March, former LMPD officer Katie Crews was federally charged for firing pepper balls in the moments before West End BBQ chef David McAtee was killed at 26th and Broadway.

In their op-ed on Wednesday, Shields and Fischer said they were committed to “working on a community that is pro-police and pro-reform, where we come together to create safe, thriving neighborhoods.”

In an apparent effort to bridge the divide between the community and the police, they also announced an “online community conversation” about reform efforts set to take place on the mayor’s Facebook page on Saturday, Sept. 10 at 2 p.m.

Attorney: Louisville Police Officer Charged In Breonna Taylor Warrant To Plead Guilty: Kelly Goodlett is one of four former LMPD officers who were federally charged earlier this month in relation to the March 2020 police raid that killed Breonna Taylor.