But there already are fireworks with the chamber's vote for speaker of the House.

On Jan. 3, former Cincinnati City Council member Greg Landsman is scheduled to be sworn in as the U.S. Representative for the 1st Congressional District – but only if the House of Representatives elects a new speaker.

Landsman defeated incumbent Republican Steve Chabot in November for the House seat, knocking Chabot off his post for the first time in 26 years. A member of Cincinnati City Council since 2017, Landsman resigned that position Dec. 19, allowing the council to appoint development leader Seth Walsh as his successor.

But Landsman and other members of the 118th Congress will not take their oaths of office until a speaker is decided by a majority of the chamber. If a speaker of the House is not selected, there will be a second ballot. As of press time, the chamber vote is ongoing.

The House's speaker position is in doubt since longtime leader Democrat Nancy Pelosi stepped down from the role in December. Republican Kevin McCarthy has been gunning for the title, but some in his party have indicated that they will not vote for him. Democrats are expected to vote for Hakeem Jeffries.

If multiple ballots are necessary, it could be days before new representatives are sworn in, as the House speaker administers the oaths.

In a Jan. 1 tweet, Landsman explained what to expect.

The new Congress should begin on Tuesday….but will it? This is what we expect on January 3rd. #Congress #speaker #Cincinnati pic.twitter.com/BIu49Ak2kP

On Nov. 8, Landsman defeated Chabot in the general election. During his campaign, Landsman highlighted restoring abortion rights, repairing infrastructure like the Brent Spence Bridge and passing LGBTQIA+ protections as his priorities in Congress. His time on the council largely has focused on general safety, violence reduction, reproductive rights and neighborhood beautification, among other issues.

During a recent interview with CityBeat, Landsman said that he wanted to be on education and labor, small business, transportation and other House committees. In October, Republican legislators in Congress introduced a bill seen as a national “don’t say 'gay'” law. The “Stop the Sexualization of Children Act” would prohibit public schools from offering young students lessons or literature that touch on gender identity, sexual orientation and transgender individuals. 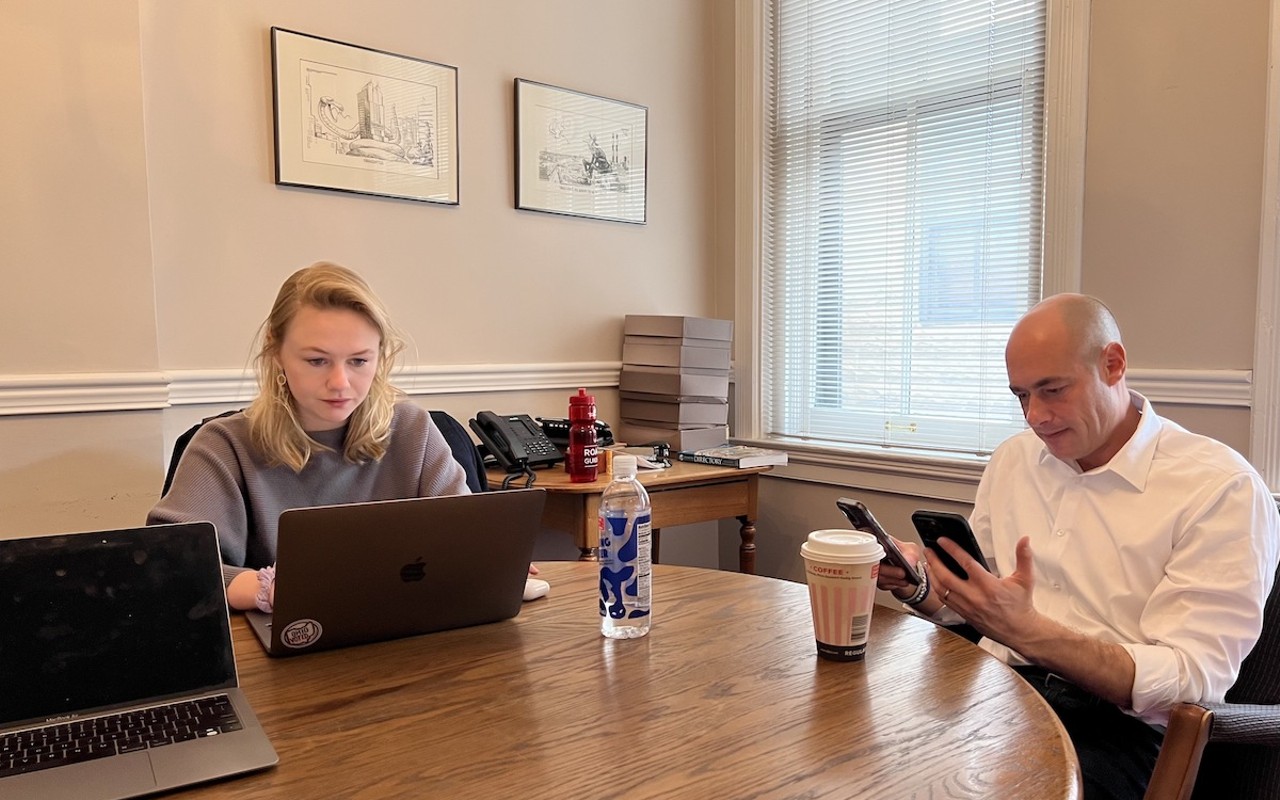 
The legislation was introduced by 33 House Republicans led by Rep. Mike Johnson of Louisiana and has been criticized by Democrats as “disgusting and extremist.” Landsman, who is a former public school teacher, said policies like these are not made for children, but for other adults.

“One of the reasons I want to be on Education and Labor is to be in the room when these debates are taking place,” Landsman said. “Book bans do not help children. They’re also un-American. Going after kids because of how they’re identifying or who they are or who they’re talking about being is not best for children and is also un–American. I think it’s going to be incredibly important in this next Congress because there’s these attacks on children and teachers.”