"We must commit ourselves to education, compassion and understanding as we work to end the inherent hatred that is borne from misunderstanding and fear." 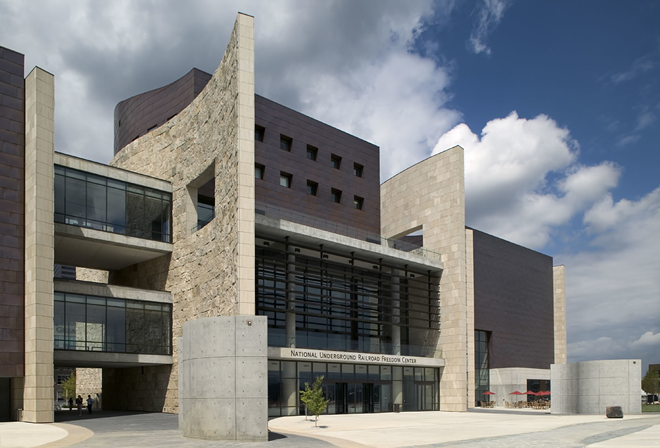 A widely circulated video shows Floyd, who was arrested after officers responded to calls of an alleged forgery in progress, pinned to the ground by one of those officers. In the video you can see an officer with his knee on Floyd's neck, and hear Floyd repeatedly saying he can't breathe.

According to reports, Floyd was taken to a hospital in apparent medical distress after the arrest, where he was later declared dead.

Crowds gathered in the streets in Minneapolis on Tuesday night to protest Floyd's death. And everyone from celebrities to sports figures to everyday people took to social media to comment.

Locally, Woodrow Keown, Jr., president of the National Underground Railroad Freedom Center — an institution with the mission to challenge and inspire everyone to take courageous steps for freedom and fight injustice — also issued a statement.

“The death of George Floyd, who died while in police custody on Monday, is heartbreaking for the Minneapolis community, the African American community and our entire nation. As Dr. King said, injustice anywhere is a threat to justice everywhere. This incident is further proof that racism and implicit bias continue to plague our nation and, as they did on May 25, they rear their heads with devastating results. It has been said before and I will repeat it now, being black in America should not be a death sentence. We, as the National Underground Railroad Freedom Center, condemn the actions by those individuals that led to the death of George Floyd. While our doors may be closed due to the coronavirus pandemic, our voices will not be silent when it comes to injustice.

We must commit ourselves to education, compassion and understanding as we work to end the inherent hatred that is borne from misunderstanding and fear. We must not settle for a nation or a world in which all people are not free. We must use this moment to come together for the cause of inclusive freedom, so that no person will live in fear because of the color of their skin, who they love or who they pray to. We call on our national community to have courage in the face of fear, to come together in a spirit of cooperation as we stand against racists and bigots, to persevere in the face of hatred. Together, we must reaffirm our dedication to inclusive freedom.”