Mandel drops out of Senate race 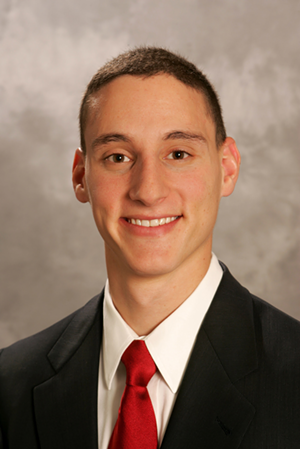 Republicans hungry to extend their control of the U.S. Senate — or at least keep it — are down one conservative warrior after Ohio Treasurer Josh Mandel last week dropped his bid against Democrat U.S. Sen. Sherrod Brown.

Mandel says his wife is suffering an unspecified ongoing health concern and that he will need to devote his time to caring for her and the couple’s three children.

"Understanding and dealing with this health issue is more important to me than any political campaign," Mandel wrote to supporters Jan. 5. “This was a difficult decision for us, but it’s the right one."

His departure leaves the GOP without a high-level challenger to take on Brown, who soundly defeated Mandel in 2012, just a month before Ohio’s Feb. 7 filing deadline for the race.

Businessman Mike Gibbons is self-funding a campaign as a Republican, but his name recognition is low and he’s never held elected office before.

Ohio Gov. John Kasich, who will face term limits next year, seems an obvious contender to take on Brown. But an aide to the governor was quick to shoot down rumors.

“To all the press calling, the answer is no,” Kasich’s 2016 presidential campaign strategist John Weaver tweeted Jan. 5. “Bigger fish to fry.”

Some Republicans also mentioned Ohio Lt. Gov. Mary Taylor, another contender in the gubernatorial primary. But representatives for Taylor’s campaign say she’s staying in that race.

Other big Ohio Republican names could end up on the ballot for the May 8 primary, however. Among names being floated: U.S. Rep. Jim Renacci, who is currently running for governor in a crowded primary field. Renacci has said he’ll decide soon if he’s running.

Mandel jumped in the Senate race more than a year ago and began making waves with a campaign seemingly patterned off the bombast of President Donald Trump’s 2016 effort. Mandel cribbed a little of President Donald Trump’s signature swagger on Twitter, for instance, blasting the “liberal media” and sometimes going out on a limb to support far-right causes and personalities, including some aligned with alt-right movements.