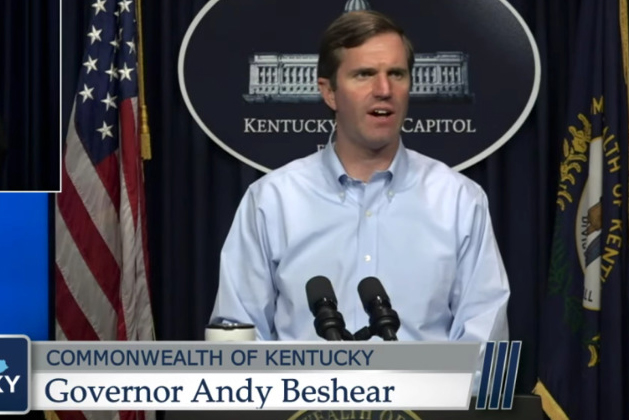 Kentucky Gov. Andy Beshear apologized on Tuesday for calling out a Kentuckian’s unemployment claim as an example of fraud.

In a press conference on Monday, Gov. Beshear said someone in the state filed a fraudulent unemployment claim under the name of Tupac Shakur. Beshear said false claims like this are holding up the unemployment process for everyone else.

“One person thinking that they were funny, using somebody else’s identity, is going to make tens of thousands potentially of other people wait,” he said. “It’s not OK. We can’t be doing that and we shouldn’t be doing that as we move forward.”

The next day, the governor began his press conference stating that he owed an apology to a Kentuckian whose name actually is Tupac Shakur, the same name as the late rapper.

“I didn’t know, and it’s my fault, that we have a Kentuckian that goes by Malik and his name is Tupac Shakur,” Beshear said.

Beshear said he spoke with Malik on the phone and apologized for causing any unwanted attention or embarrassment. He also ensured that Malik’s unemployment claim will be handled promptly.

Beshear ended the apology by stating, “Malik, thank you for being so kind, and again I’m sorry.”