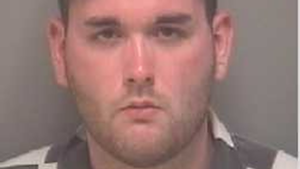 Northern Kentucky native James Alex Fields Jr. today pleaded guilty to hate crime charges stemming from an incident in 2017 in Charlottesville, Virginia. Fields was accused of driving his car into a group of protesters during the weekend of a white nationalist "Unite the Right" event, killing anti-racism protester Heather Heyer. He'd initially pleaded not guilty to the charges.

In June, a federal grand jury returned an indictment with more than 30 hate crime charges against Fields.

Fields, who attended high school in Northern Kentucky and lived in Florence before moving to Maumee, Ohio, allegedly attended the rally protesting the removal of a Confederate monument in Charlottesville, Va. on Aug. 12, 2017. While there, authorities say he engaged in white supremacist chants at the city's Emancipation Park, where he was photographed holding a shield with a logo for a hate group. After authorities cleared that crowd, Fields slowly drove his car through a crowd of people protesting against white nationalists on Fourth Street. He then reversed his car back up the street, the Federal Bureau of Investigation says, before accelerating down the hill and plowing into the large crowd, killing Heyer and injuring dozens of others. After hitting another car, Fields reversed again and fled the scene.

In December, Fields was convicted on first-degree murder charges and the jury returned a sentence of life in prison with an additional 419 years.

If found guilty on the federal hate crime charges, Fields faced being sentenced to death if he'd stuck with the "not guilty" plea.

“In the aftermath of the mass murder in New Zealand earlier this month, we are reminded that a diverse and pluralistic community such as ours can have zero tolerance for violence on the basis of race, religion or association with people of other races and religions,” said Barr. “Prosecuting hate crimes is a priority for me as Attorney General. The defendant in this case has pled guilty to 29 hate crimes which he committed by driving his car into a crowd of protesters."