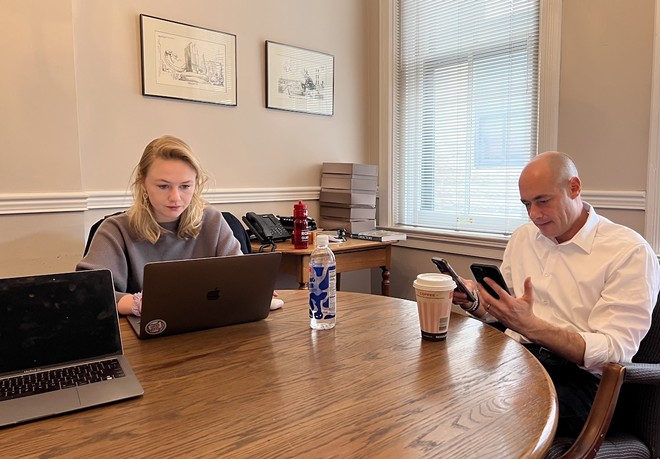 Greg Landsman took off his tie in his Cincinnati office on Court Street after voting on a caucus rule change.

“I’m done with this tie,” Landsman said, shuffling around his multiple phones, one displaying an app that allows him to vote in Washington, D.C. remotely.

It’s far from the first vote Landsman’s had to cast in his new role representing Ohio’s 1st Congressional District.

“First real vote, I think, was on leader, because Nancy [Pelosi] stepped down,” he said, referring to Pelosi giving up her longtime position as speaker of the U.S. House of Representatives in November.

Landsman, a Democrat and newly former Cincinnati City Council member, dethroned longtime seat-holder Republican Steve Chabot in the November election despite efforts by Republicans to edge out Democrat voters by drawing new voting maps. Landsman flipped the seat from red to blue for the first time in decades.

Now, Landsman’s team is quickly pivoting from campaign mode to collaborating with Chabot closely on the transition. He said focusing on the constituents makes burying the campaign hatchet with Chabot less awkward.

“Those constituents who have case work pending want a smooth handoff,” Landsman told CityBeat. “A larger lesson I’ve learned along the way is if you can get people to do the work together, some of the things that are awkward or may have caused issues in the past don’t go away, but they become less important.”

Landsman is asserting his priorities as he makes it known in D.C. which committees he wants to join. 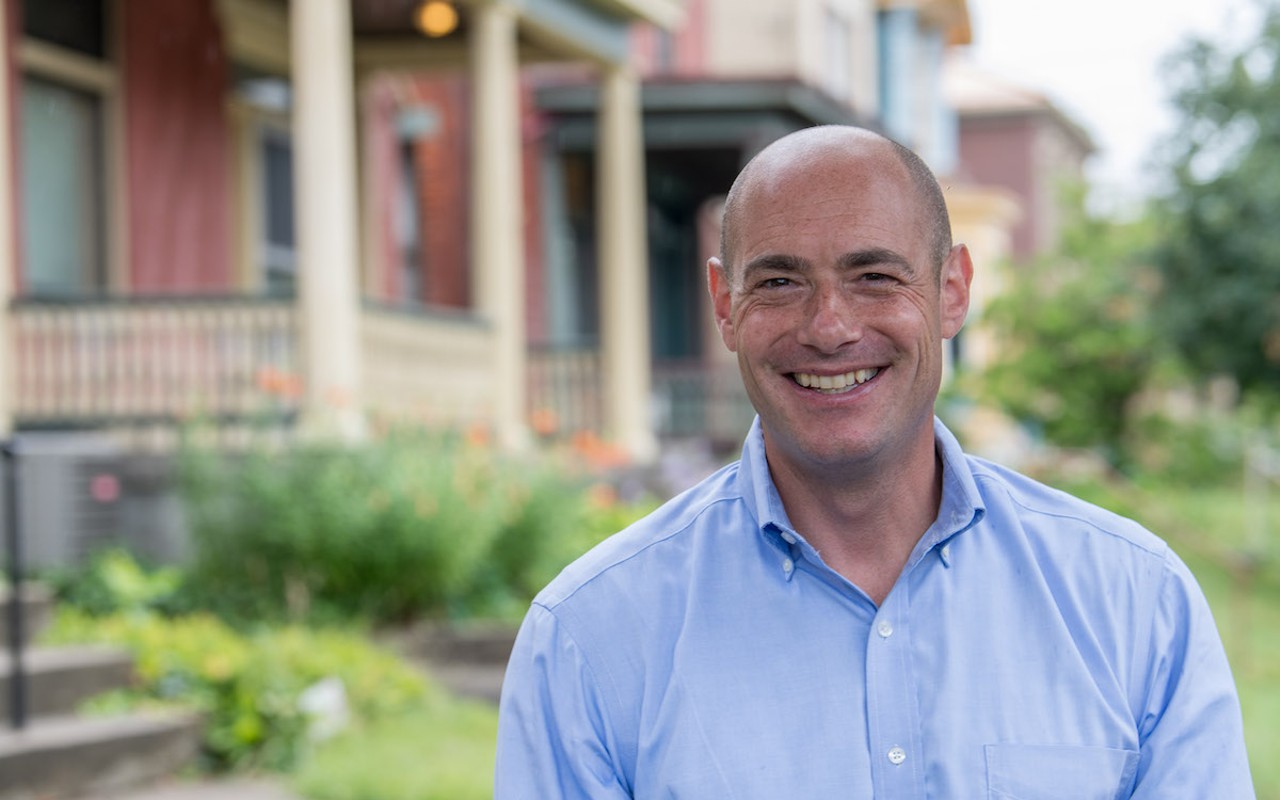 
“Small businesses, schools, veterans, families, kids – how do I make sure my office, my work, provides them with the greatest benefit possible? That, I believe is [the] Appropriations [committee],” he said.

“It’s unlikely I will be appointed to Appropriations. It’s a leadership position,” he added. If Landsman doesn’t land there, he still may end up at the handful of other committees he’s expressed interest in, including Small Business, Transportation and Infrastructure, and Education and Labor.

In October, Republican legislators in Congress introduced a bill seen as a national “don’t say 'gay'” law. The “Stop the Sexualization of Children Act” would prohibit public schools from offering young students lessons or literature that touch on gender identity, sexual orientation and transgender individuals.

The legislation was introduced by 33 House Republicans led by Rep. Mike Johnson of Louisiana and has been criticized by Democrats as “disgusting and extremist.” Landsman, who is a former public school teacher, said policies like these are not made for children, but for other adults.

“One of the reasons I want to be on Education and Labor is to be in the room when these debates are taking place,” Landsman said. “Book bans do not help children. They’re also un-American. Going after kids because of how they’re identifying or who they are or who they’re talking about being is not best for children and is also un–American. I think it’s going to be incredibly important in this next Congress because there’s these attacks on children and teachers.”


The "wave of normal"

Landsman consider himself a "pragmatist" among his colleagues in the New Democrat Coalition, a caucus made up of about 100 members of progressive and moderate Democrats.

"They represent everybody along the Democratic continuum,” he said.

Landsman described much of this Congress as refreshingly “normal,” saying he’s made close connections with members Hakeem Jefferys of New York, Steny Hoyer of Maryland, Pete Aguilar of California and Jamie Raskin of Maryland. He also describes the incoming whip from Massachusetts, Katherine Clark, as his “policy spirit animal.”

“You get into these conversations, and it starts to get political, but when I first started talking to Katherine Clark, it was about the details about what’s moving on prenatal care, what’s being discussed about next steps on childcare,” Landsman said. “For the most part, this is a really, really normal group of people. Super normal. What I’m seeing right now is this wave of normal folks who are just saying, 'no more.'”

Landsman said he wants his party to fight extremism in Congress by growing that "normal" wave and rooting out the members who deny election results.

“With the folks who are really driving the extremism, you have to say, ‘That is not who we are,’ and root it out. What Marjorie Taylor Green said about arming insurrectionists, you know, many of us did what we could do, which is to say, ‘No, that is not who we are,’” Landsman said. “Congress has not taken the oath since January 6. Not just new members, but Marjorie Taylor Green, too. That oath means something. It means everything. It’s a covenant with you, the American people, and for me, with God.”

Landsman, who is Jewish, studied theology for his master’s degree at Harvard. He draws a line between Jewish history and the election-denying brand of extremism lingering in Congress among Republican members.

“As a Jew, I know how this ends, I also know how this starts. It starts with book bans, it starts with people’s votes being thrown out, and honestly, it does start with people attacking the legislature. That’s what happened in Germany – they burned the Reichstag [government building] down,” he said.

Pausing the interview for another caucus vote, Landsman confers with Leslie Grubb, his newly-appointed chief of staff. The two are discussing how he should vote on ranked-choice voting. 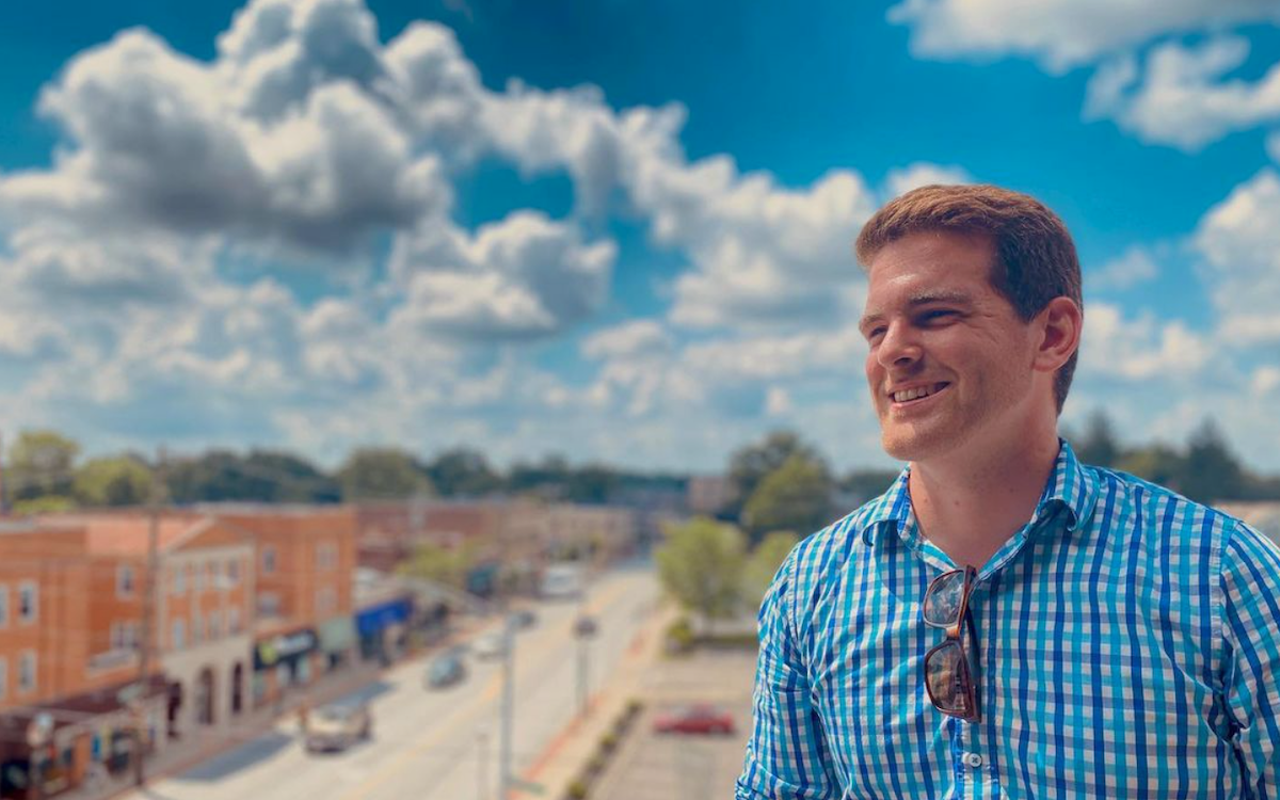 
“Here’s the problem: I know that it’s more Democratic, but, wait, do you have an opinion?” Landsman stops to ask Grubb.

“No, I just know what you’re going to say,” Grubb responds with a laugh.


“These folks will help shape and guide our mission going forward," Landsman said in the release.

Landsman will be sworn in on Jan. 3 in Washington, D.C., with a local swearing-in taking place on Jan. 19 at the Potter Stewart U.S. Courthouse.