Group Aims to Reduce Local Homelessness by Half in Five Years 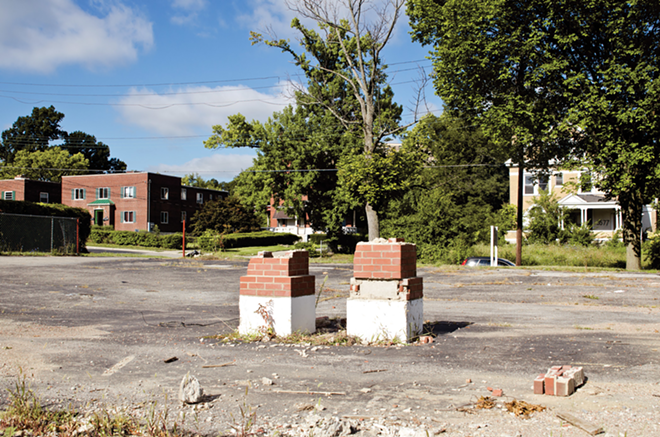 Strategies to End Homelessness on Wednesday

detailing how the organization intends to reduce homelessness in Hamilton County by half from 2012 to 2017. That means reducing the county’s homeless population of more than 7,000 to roughly 3,500 in five years.

The plan doesn’t focus on providing shelter services to the needy; instead, Strategies to End Homelessness is advocating tactics that prevent homelessness entirely and attempt to permanently address the issue.

The main strategies, according to the report: prevention, rapid rehousing that lasts six to 12 months, transitional housing for up to 24 months and permanent supportive housing that targets the chronically homeless and disabled.

For the organization, the goal is to reduce homelessness by using supportive services to get to the root of the issue, whether it’s joblessness, mental health problems or other causes, and ensure shelter services aren’t necessary in the first place.

The cost savings get to the major argument repeatedly raised by homeless advocates: If society helps transition its homeless population to jobs and permanent housing, governments will see savings and new revenue as less money is put toward social services and the homeless become productive economic actors who pay taxes.

Meanwhile, permanent supportive housing topped the list of costs, coming in at an average of $6,049 per person.

Despite the ambitious goals and promising results, the group’s prevention program has run into some problems. The federal government never renewed temporary federal stimulus funding that was financing a bulk of the prevention program, which cut off a major source of money starting in July 2012. Strategies to End Homelessness managed to pick up funding later in the year through the federal Emergency Solutions Grant, but the financial support is much more modest, according to the report.

Still, Strategies to End Homelessness appears undeterred. The report claims 78 percent of shelter residents transitioned to housing in 2012. The organization intends to continue prioritizing its resources to achieve similar sustainable outcomes in the next few years.

Strategies to End Homelessness is a collaborative that pools local homeless agencies, including the Drop Inn Center, Lighthouse Youth Services and the Talbert House, to tackle homelessness with a less redundant, more unified strategy.

In 2009, City Council and Hamilton County commissioners approved the organization’s Homeless to Homes Plan to “ensure that homeless people receive high-quality emergency shelter with comprehensive services to assist them out of homelessness.”

But the plan has run into some recent problems. The permanent supportive housing facility proposed for Alaska Avenue in Avondale

has been met with community resistance

, which convinced City Council’s Budget and Finance Committee on Monday to

place a two-week hold on the project

while an independent mediator helps the two sides reach a compromise.

In Cincinnati, homelessness-reduction efforts have also obtained less local support in the past decade as City Council