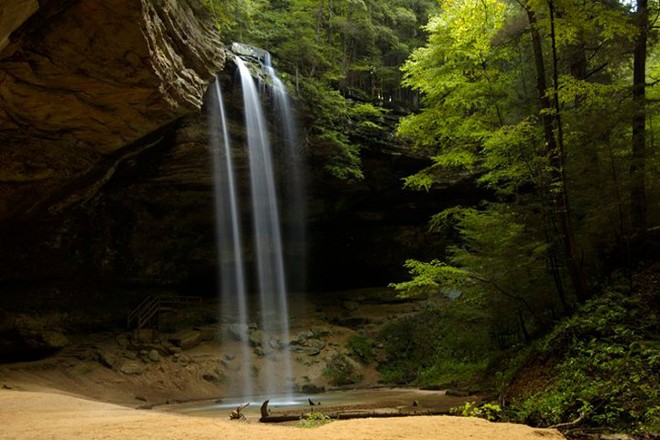 Ohioans love their state parks. I’ve been to seven this year. Had lots of company. The log of daily visitors is surging at the parks. Overnight stays jumped 26.5% from 2017 to 2021. Try booking a campsite or cabin in the summer — or fall. Everybody wants one. The lure of solitude and escape in the natural beauty of Ohio state parks is potent and getting more so.

But so is the lure for expanded fracking and oil and gas development in our treasured state oases after state lawmakers slipped an early Christmas present to the fossil fuel industry in a totally unrelated bill about food safety and poultry sales. In the dark of the night, Ohio Senate Republicans quietly added two amendments to House Bill 507 that would clear the way for industrialized polluters to camp out in our state parks.

Without any public notice or input, GOP legislators did their friends in the Ohio Oil and Gas Association a solid with provisions forcing Ohio to grant lease applications for more natural gas drilling on public lands and state parks. The prerogative of a state agency to nix approval of fracking operations on state land was slyly tweaked into a requirement to give the go-ahead for drilling applicants casing a state park near you.

Adding insult to (CO2, methane, and toxic waste) injury, the Ohio Senate also tucked an Orwellian twist in the House legislation that would reclassify natural gas as “green energy” — a legal definition scientifically reserved for renewable energy generated from natural sources such as solar, wind, water. Natural gas is no such thing.

But the Republican fossil fuel cabal in the state senate surreptitiously broadened that legal meaning to include not only natural gas (which is mainly methane, a strong greenhouse gas) but any source of energy that “is more sustainable and reliable relative to some fossil fuels.”

Sounds vague enough to greenlight a whole bunch of drilling rigs leaking large quantities of methane emissions that pollute the air along with diesel fumes from massive truck transportation and machinery operations and accumulate an enormous amount of wastewater with the potential to contaminate groundwater or cause earthquakes in surrounding areas. The rich and powerful fossil fuel industry wins again. Political payoff at the public expense.

Ground Zero in Ohio for greedy oil and gas titans is the state’s largest park nestled in the heart of rural Guernsey County. Fracking for the potentially abundant deposits of Marcellus and Utica shale that lie beneath Salt Fork State Park has long been a goal of energy companies eager to tap into a possible gold mine of natural gas.

The oil industry wants to turn the natural landscape and wonder of Salt Fork into an industrialized zone of well pads, new access roads, pipelines, and other fracking infrastructure that destroys the otherwise lush playground of 17,229 acres. Never mind that methane leaks, which release a noxious stew of chemicals into the atmosphere, can happen when you frack a field, connect a pipe, send gas thousands of miles through pumping stations. 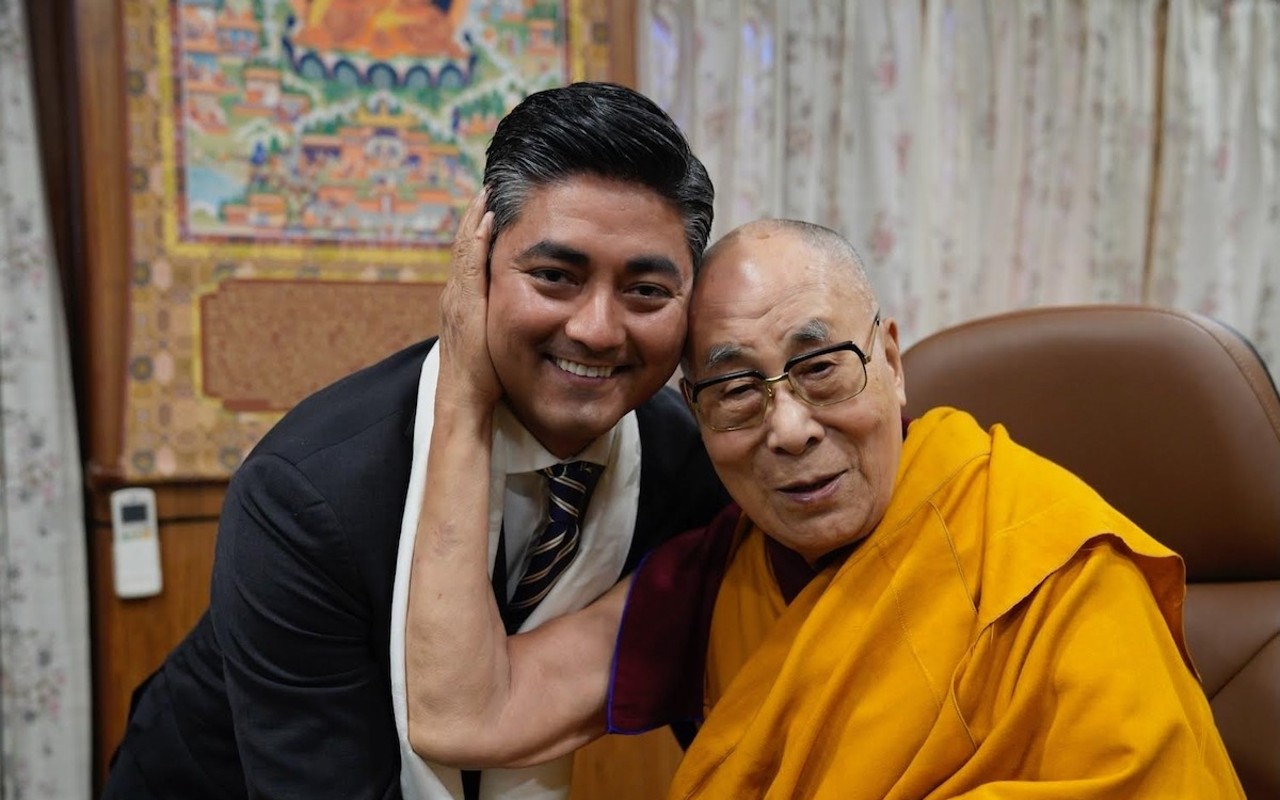 
Never mind that millions of gallons of toxic wastewater from, fracking can threaten drinking water supplies.

Salt Fork is stunning. One of my favorites. Springtime is the best. The woods and meadows that flank Salt Fork Reservoir are reborn with an explosion of flowering dogwood trees set off by budding green branches and a sprinkling of wildflower pastels. It is untouched magnificence, and it belongs to us. Not energy giants who see only financial gain in park land.

Hundreds of thousands of park goers find irreplaceable refuge in sprawling Salt Fork or scores of other state parks across Ohio from Mohican to Hocking Hills. Why would we risk our precious natural resources with expanded fossil fuel extraction, production and transport with all the known dangers to human health and the environment? Who does House Bill 507 benefit except the fossil fuel industry and the politicians beholden to it?

If Ohio House Republicans sign off on the Senate’s reckless oil and gas drilling amendments secretly folded into what one senator called “the chicken bill,” it’ll be up to Gov. Mike DeWine to stand with park users and protect the parks from dirty drilling. Natural gas may emit less carbon dioxide than burning coal, but it leaks a greenhouse gas that is at least 80 times more powerful at trapping heat in Earth’s atmosphere than CO2.

Promoting more drilling, methane emissions, and pollution in our state parks and public lands dangerously compromises them and us for no reason but profit. The focus on fossil holds Ohio back from aggressive investment in actual clean energy that can cost-effectively replace methane gas without emitting climate or other air pollutants

To DeWine’s credit, Ohio’s state parks have markedly improved on his watch with nicer, cleaner amenities, upgraded campgrounds, trails, dams, nature centers, new lodges and more. But that legacy will be forever tarnished if the Republican governor caves to energy lobbyists on a highly polluting fossil fuel giveaway.

Ohioans love their state parks and hope DeWine does, too. Enough to line-item veto two gift-wrapped amendments to the oil and gas industry should they reach his desk. 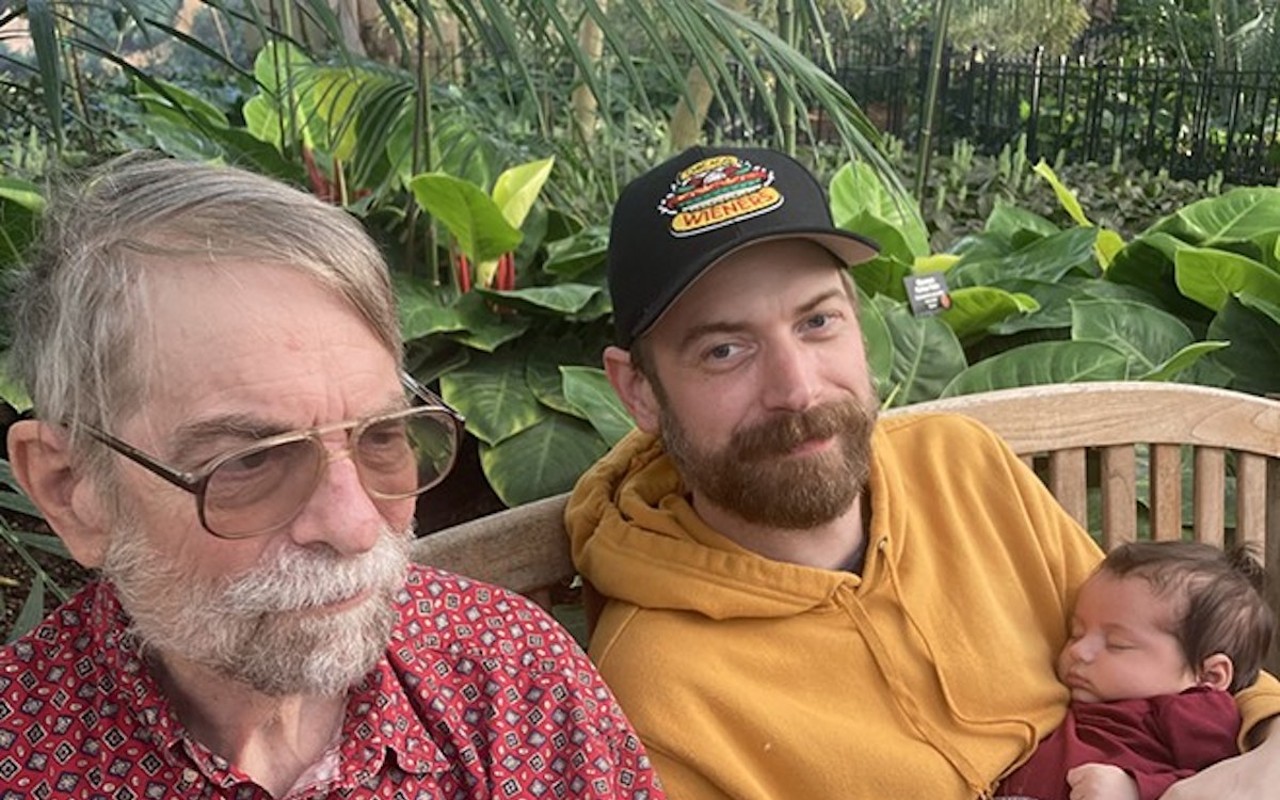 Guest Commentary: My Gift to my Grandson is to Sound the Alarm of the Impending Climate Disaster: The most important thing we can do for the environment is to give up — or at least drastically reduce — eating animals.


This story was originally published in the Ohio Capital Journal and republished here with permission.